A food manufacturing company in Kagawa Prefecture, western Japan, started to sell small dried sardines online on Oct. 30, in imitation of a product that was certified as Japanese space food by the country's space agency earlier this year.

The Chirimen-Sansho, seasoned with Japanese pepper, uses local sardines from the Seto Inland Sea which are cooked with soy sauce and sugar. 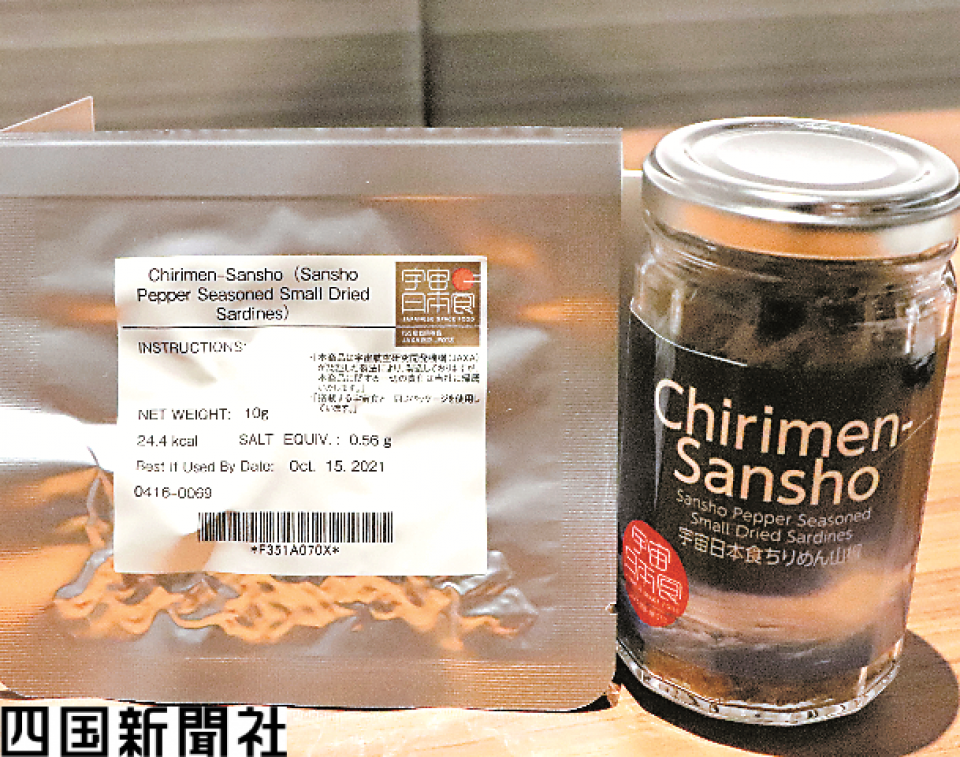 Photo shows the Chirimen-Sansho that was certified by the Japan Aerospace Exploration Agency as a Japanese space food.

The packaging and the quality of the product, which weighs 10 grams, are equivalent to those taken to the International Space Station that cost 500 yen excluding tax, according to Takara Syokuhin Co.

The company is also selling 65 grams of the dried sardines in a jar for 1,000 yen.

Soichi Noguchi of the Japan Aerospace Exploration Agency began a six-month mission at the orbiting laboratory in November.

"We would like customers to taste what Mr. Noguchi eats in space," the 60-year-old head of the company said.

The products can be purchased at places such as Kyohotei, the manufacturer's antenna shop in Shodoshima, Kagawa Prefecture.

Awashima islanders hit the road to an electric future