Japan will exclude Sapporo and Osaka from its domestic travel subsidy campaign for three weeks starting Tuesday due to a recent resurgence of coronavirus cases in the two popular tourist destinations, the government said.

Yasutoshi Nishimura, the minister in charge of Japan's virus response, said at a news conference that the government will cover cancellation fees for pre-booked trips to the two cities and compensate businesses affected by the suspension. 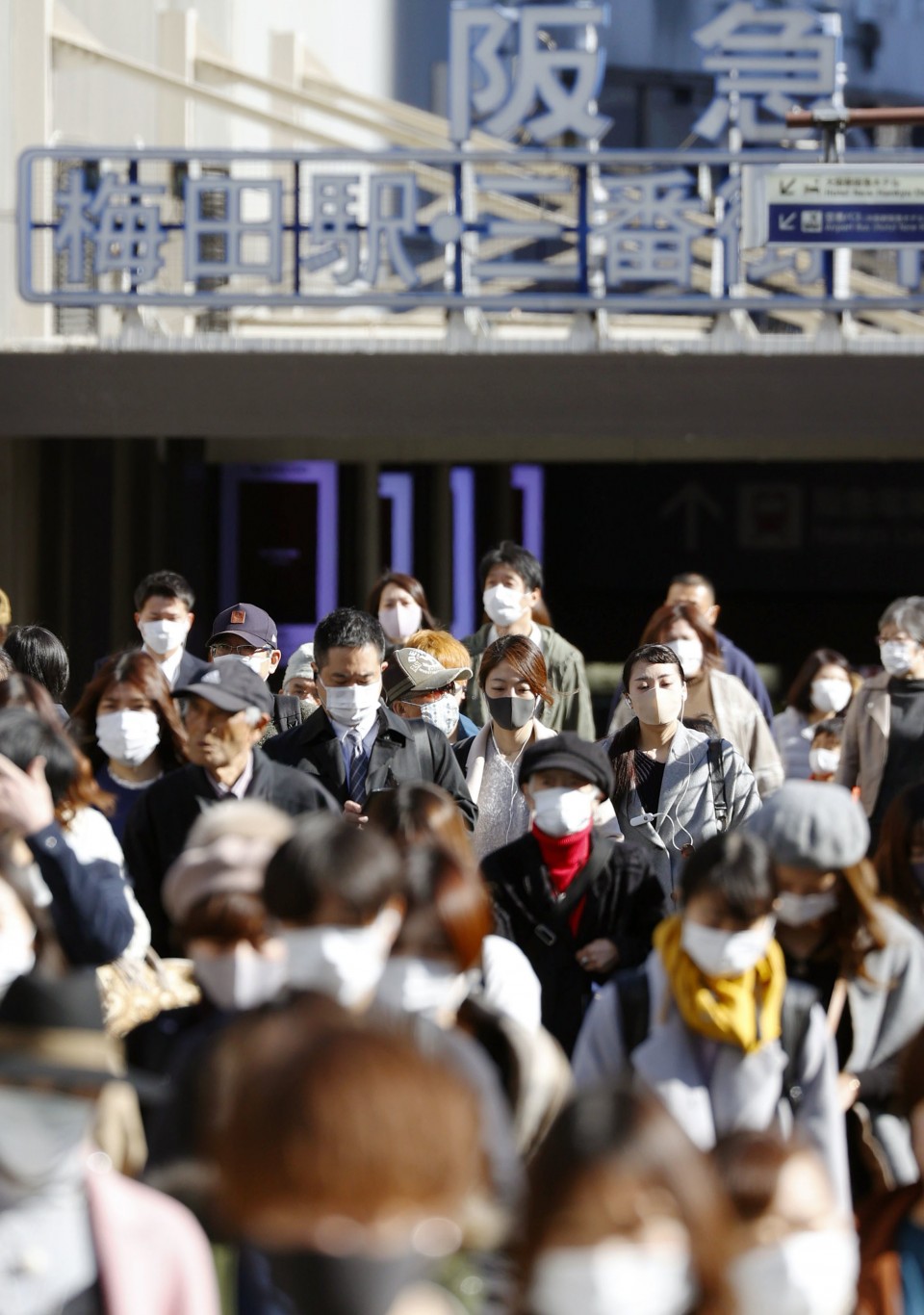 Trips by residents of Sapporo on Japan's northernmost main island of Hokkaido and Osaka in western Japan to other areas will continue to be eligible for the "Go To Travel" campaign, which effectively shoulders about half of domestic travel expenses to help the tourism industry weather the impact of the pandemic.

But the National Governors' Association urged the central government to also consider excluding trips made by residents of the two cities from the campaign.

"Many governors are worried about people coming from areas where infections are spreading. I want (the government) to think of thorough measures," Tokushima Gov. Kamon Iizumi, who heads the association, said during an online meeting with Nishimura, who made no clear response to the request.

Tourism minister Kazuyoshi Akaba said the suspension was "a painful decision as it will greatly impact both travelers and the tourism industry."

Those who booked trips to the excluded cities can receive discounts under the campaign if they arrive at their destinations by Dec. 1, he said.

In a related move, farm minister Kotaro Nogami said the central government will ask prefectural governments to consider halting the issuance of "Go To Eat" discount coupons, aimed at encouraging dining out at restaurants, and urging people to refrain from using them. 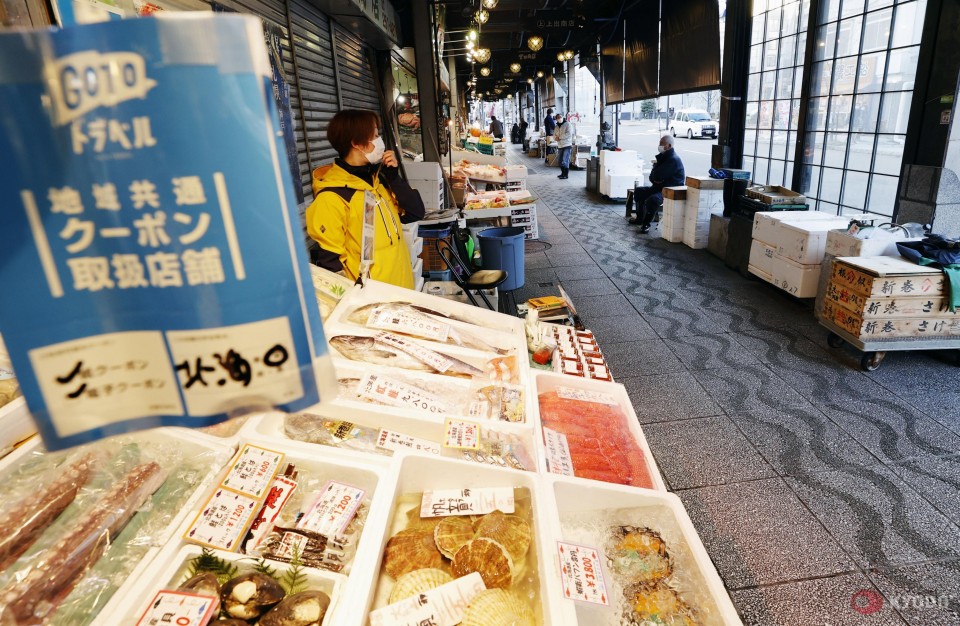 Osaka Mayor Ichiro Matsui told reporters on Tuesday, "We hope (the central government) will suspend the travel campaign (for the city) for the time being." He also asked city residents to refrain from traveling to other areas using the campaign.

The Osaka prefectural government decided Tuesday to request nightlife establishments and karaoke parlors in some districts to close by 9 p.m. from Friday through Dec. 11. Establishments without sufficient coronavirus measures will be asked to suspend operations.

The prefectural government will also ask residents to refrain from using Go To Eat coupons and accumulated points at restaurants during the 15-day period.

Hyogo Prefecture in western Japan, meanwhile, decided Tuesday to request its residents not to make nonessential trips to areas such as Tokyo and Osaka, where virus infections have been spreading.

Prime Minister Yoshihide Suga had announced the halt of the initiative on Saturday without elaborating on destinations affected, time frames or other details, a day after a government panel of medical experts proposed reviewing the campaign.

Suga discussed with Tokyo Gov. Yuriko Koike on Tuesday afternoon the central government's policy on the travel campaign and response of the metropolitan government over the matter, Chief Cabinet Secretary Katsunobu Kato said. 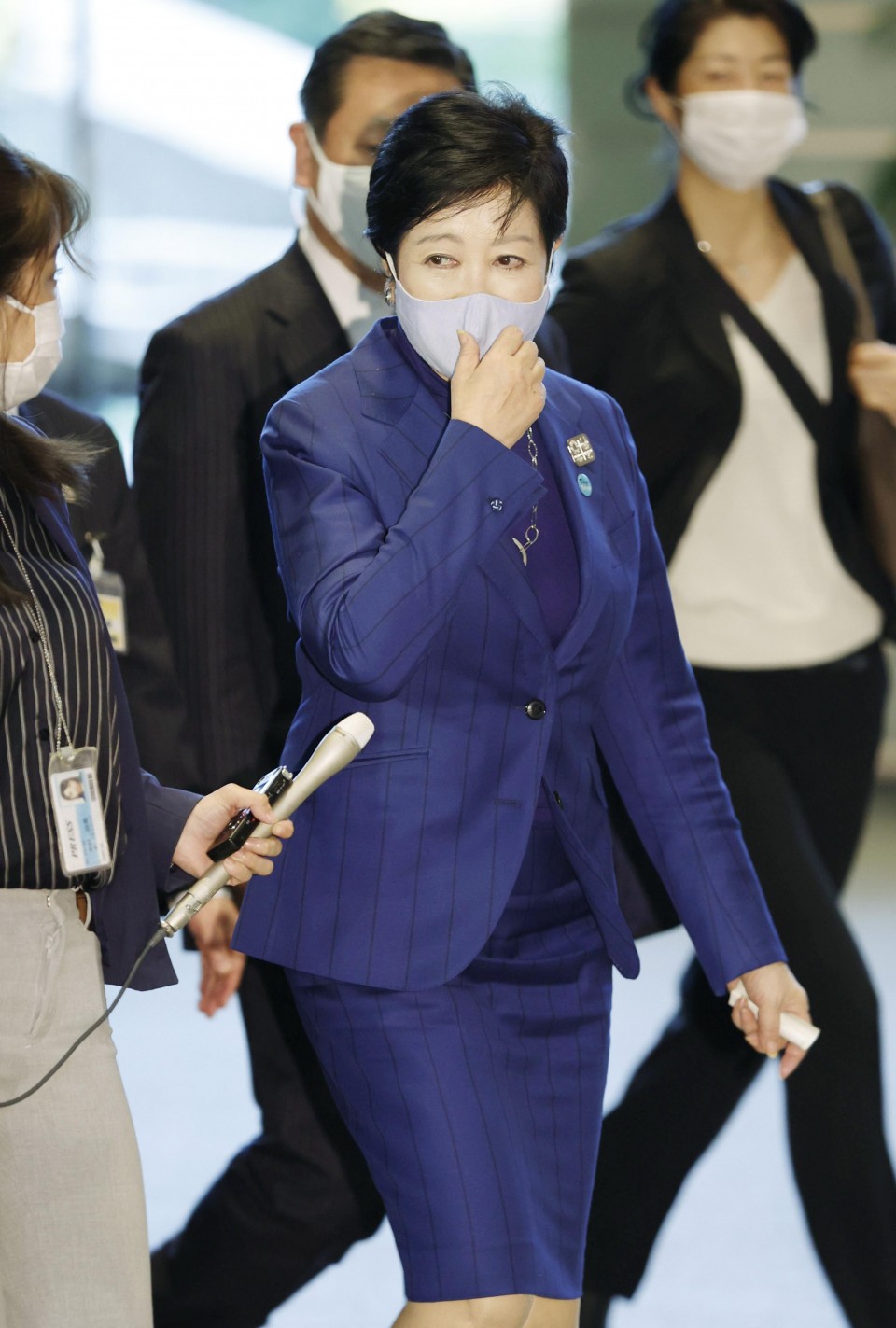 Koike did not touch on what she discussed with Suga, merely telling reporters at the metropolitan government office building, "We will firmly take measures to tackle the coronavirus in collaboration with the central government."

Tokyo, which has reported the most coronavirus infections among the 47 prefectures, confirmed 186 new cases on Tuesday, sharply down from 314 logged the previous day.

The daily infection figures tend to be low at the start of the week as many medical institutions do not conduct testing for the virus on weekends. Monday was a national holiday in Japan.

But the number of people who have fallen seriously ill after contracting the virus hit 51 in the capital, up by 10 from Monday and reaching the highest level since a state of emergency over the virus was lifted there in late May.

The "Go To Travel" campaign was launched in late July, but trips to and from Tokyo were initially excluded due to a high number of infections in the capital. Such trips were added on Oct. 1.

On Monday, the National Governors' Association urged the central government to be area-specific in suspending the travel initiative, as the infection situation is not the same in all areas of a prefecture.

Japan reported more than 2,000 new cases of the virus for a fifth straight day on Sunday and 1,519 infections on Monday. The nation's cumulative total stood at 135,248 cases as of Monday, with 2,009 deaths.

Medical experts have called the resurgence the third wave of infections, attributing it partly to the arrival of cooler temperatures that have forced people to spend more time indoors, often in rooms without sufficient ventilation that can stop the virus from spreading.

Some of them have said the travel campaign has increased people's movements and the number of infections, calling on the government to review the subsidy program.

Toshio Nakagawa, head of the Japan Medical Association, has said there is no concrete evidence to indicate the travel initiative is responsible for the recent spike in infections, but "there is no mistaking that it acted as a catalyst."