Former U.S. President Barack Obama, in a memoir released Tuesday, recalled his frustration with Japan's era of revolving-door prime ministers that coincided with his presidency and described one of his former counterparts Yukio Hatoyama as "awkward." 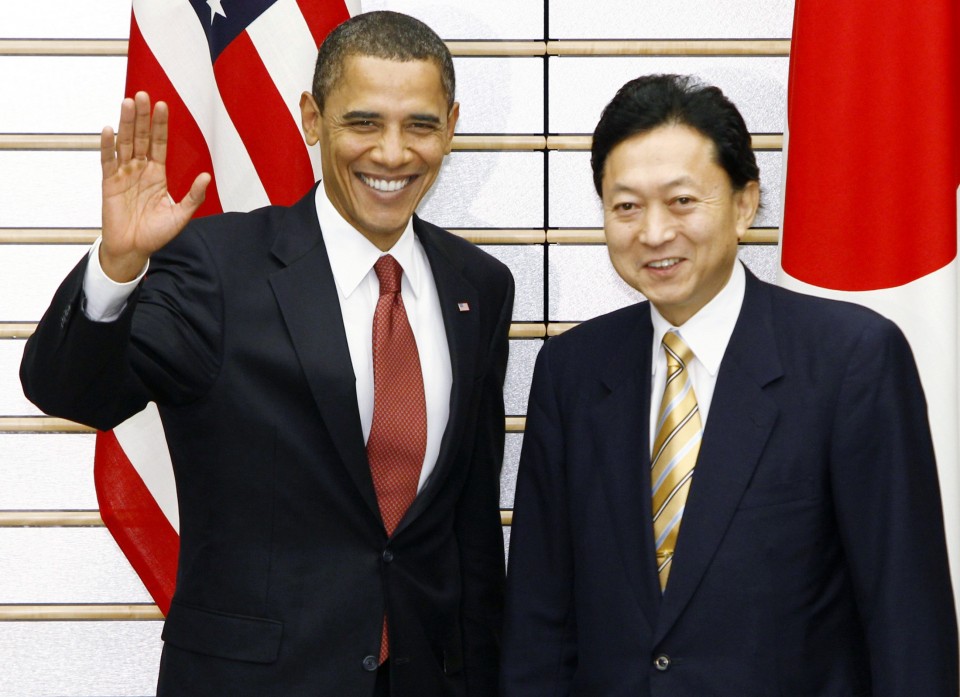 "A pleasant if awkward fellow, Hatoyama was Japan's fourth prime minister in less than three years and the second since I'd taken office -- a symptom of the sclerotic, aimless politics that had plagued Japan for much of the decade," Obama, who was president for eight years from 2009, said in the book titled "A Promised Land."

The book is the first of the planned two volumes of Obama's presidential memoirs. It was released two weeks after the presidential election in which Republican President Donald Trump was defeated by Democrat Joe Biden, who had been Obama's vice president.

Hatoyama became prime minister from the now-defunct Democratic Party of Japan when it swept to power in 2009, ending more than half a century of nearly uninterrupted rule by the Liberal Democratic Party.

But he stepped down in less than nine months and the DPJ eventually lost its hold on power as the LDP's Shinzo Abe returned as premier in December 2012 and served through September 2020.

Sometimes dubbed "the alien" for his departures from convention, including rapid policy reversals, Hatoyama, 73, is said to have aroused mistrust in the United States over his botched handling of a bilaterally agreed plan to relocate a key U.S. Marine base within Okinawa prefecture.

After telling Obama to "trust me" over the plan, which has faced local opposition, Hatoyama at one point pursued a different approach that defied the Japan-U.S. agreement.

Obama, 59, also recounted in the book his meeting with then Emperor Akihito and Empress Michiko during his first visit to Japan after assuming the presidency, in which he stirred controversy in the United States for having bowed too low.

"Later, I learned that my simple bow to my elderly Japanese hosts had sent conservative commentators into a fit back home," he said.

"Hearing all this, I pictured the emperor entombed in his ceremonial duties and the empress, with her finely worn, graying beauty and smile brushed with melancholy, and I wondered when exactly such a sizable portion of the American Right had become so frightened and insecure that they'd completely lost their minds," he added.