A giant deep-fried skewer-wielding figure named "Daruma Minister" has been unveiled atop a building in Osaka's glitzy Dotombori entertainment district, ensuring everyone in the area knows the golden rule when eating one of the city's specialities.

Glowering over the district from his perch on the roof of an office building that is home to Ichimonkai, the operator of the Kushikatsu Daruma restaurant chain, the 12-meter-tall figure bears the message "No double-dipping" to ensure patrons know they only have one chance to sauce up their meat or vegetable skewers. 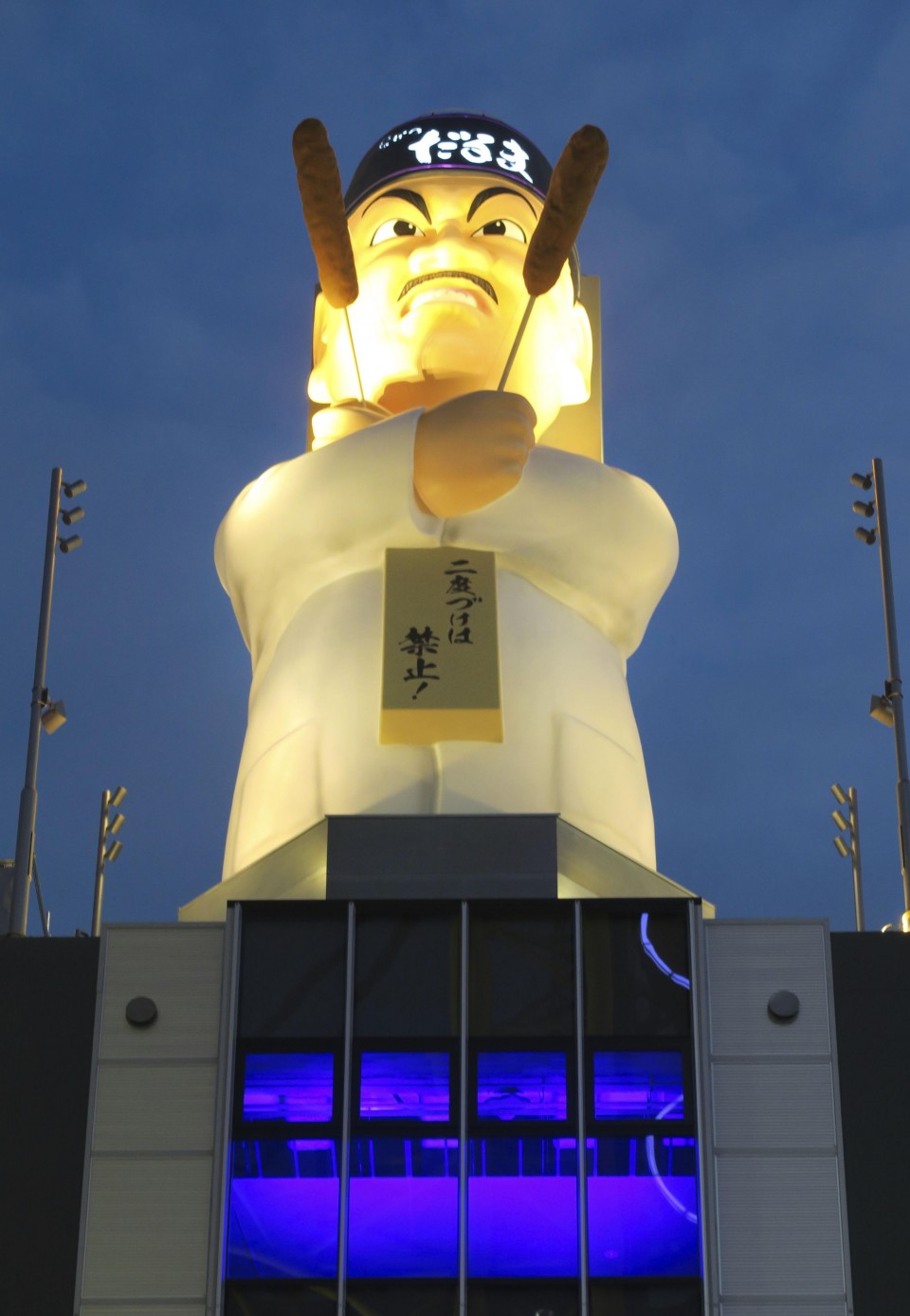 President of Ichimonkai, Katsuya Ueyama, 59, said he wants Daruma Minister, a caricature of his chef-costume wearing self, to "give energy to Osaka and the city's Minami downtown area."

The rotating heavyweight, tipping the scales at a beefy 20 tons, will be lit up every night from Tuesday, the company said.

"It is very eye-catching and typical of Dotombori," said Hiroshi Sakurai, 63, who came with a colleague to snap pictures on his way home.

"It is bound to be as famous as the Glico billboard," he said, referring to an iconic advertisement depicting the image of a running man crossing a finishing line, which was installed in 1935 along the Dotombori canal by major confectionery company Ezaki Glico Co. 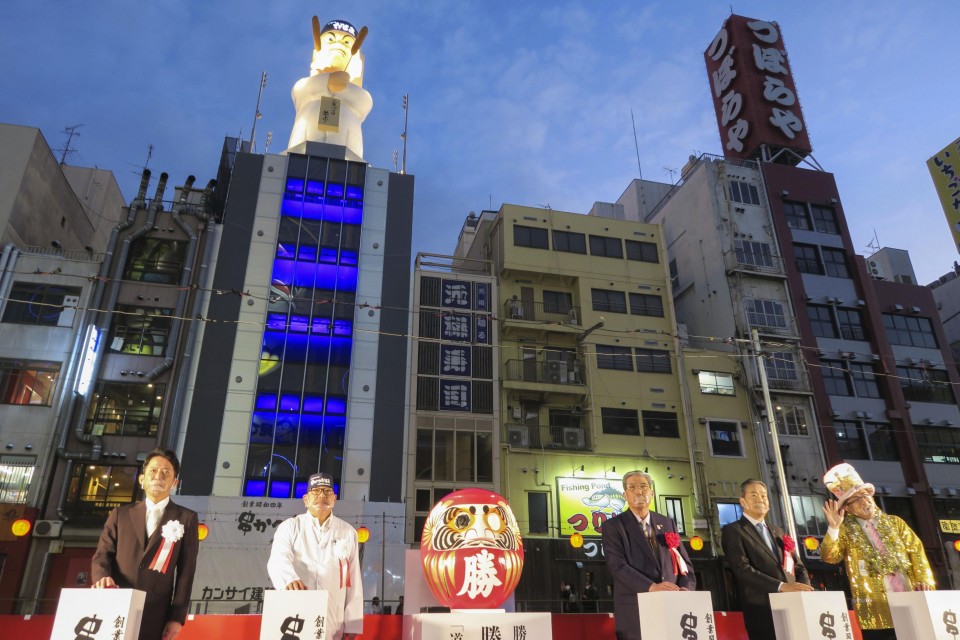 Katsuya Ueyama (2nd from L), president of Ichimonkai, the operator of the Kushikatsu Daruma restaurant chain, attends a ceremony in Osaka's Dotombori district on Nov. 25, 2020, in which a 12-meter-tall deep-fried skewer-wielding figure representing the restaurant chain is lit up after being newly installed on the roof of the company's office building. (Kyodo) ==Kyodo