The Japanese government will financially support shops and restaurants that are asked to shorten their business hours in order to curb the spread of the novel coronavirus, Prime Minister Yoshihide Suga said Monday.

Speaking at a meeting of the government's coronavirus task force, he said the government plans to use 50 billion yen ($480 million) for the support program should local authorities deem it necessary to cut short business hours. 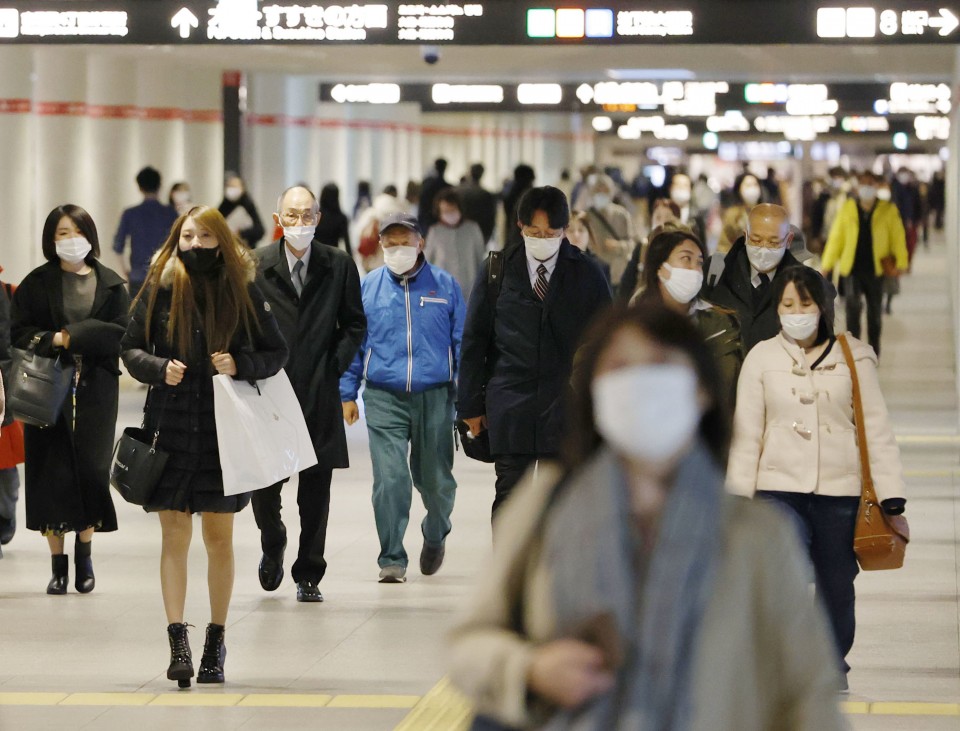 The money has been set aside assuming payments of between 200,000 yen and 300,000 yen per outlet for one month, according to officials.

The request for shorter opening hours will be limited to specific areas and industries, Suga said.

In addition to Hokkaido, a popular tourist spot known for its heavy snowfall, Aichi Prefecture in central Japan is also looking to raise its coronavirus alert, while Tokyo, Osaka and other major cities continue to see high infection numbers.

In total across Japan, record daily coronavirus cases were reported for three consecutive days through Saturday, with the figure hitting 1,737 on that day.

On Monday, Japan confirmed 949 new infections, bringing its nationwide cumulative total to 120,263 cases, including around 700 from the Diamond Princess, a cruise ship that was quarantined in Yokohama in February. The death toll now stands at 1,919.

Suga also said he would ask governors to consider making groups of more than five people or so ineligible for the government's "Go To Eat" program, which is aimed at encouraging dining out at restaurants. 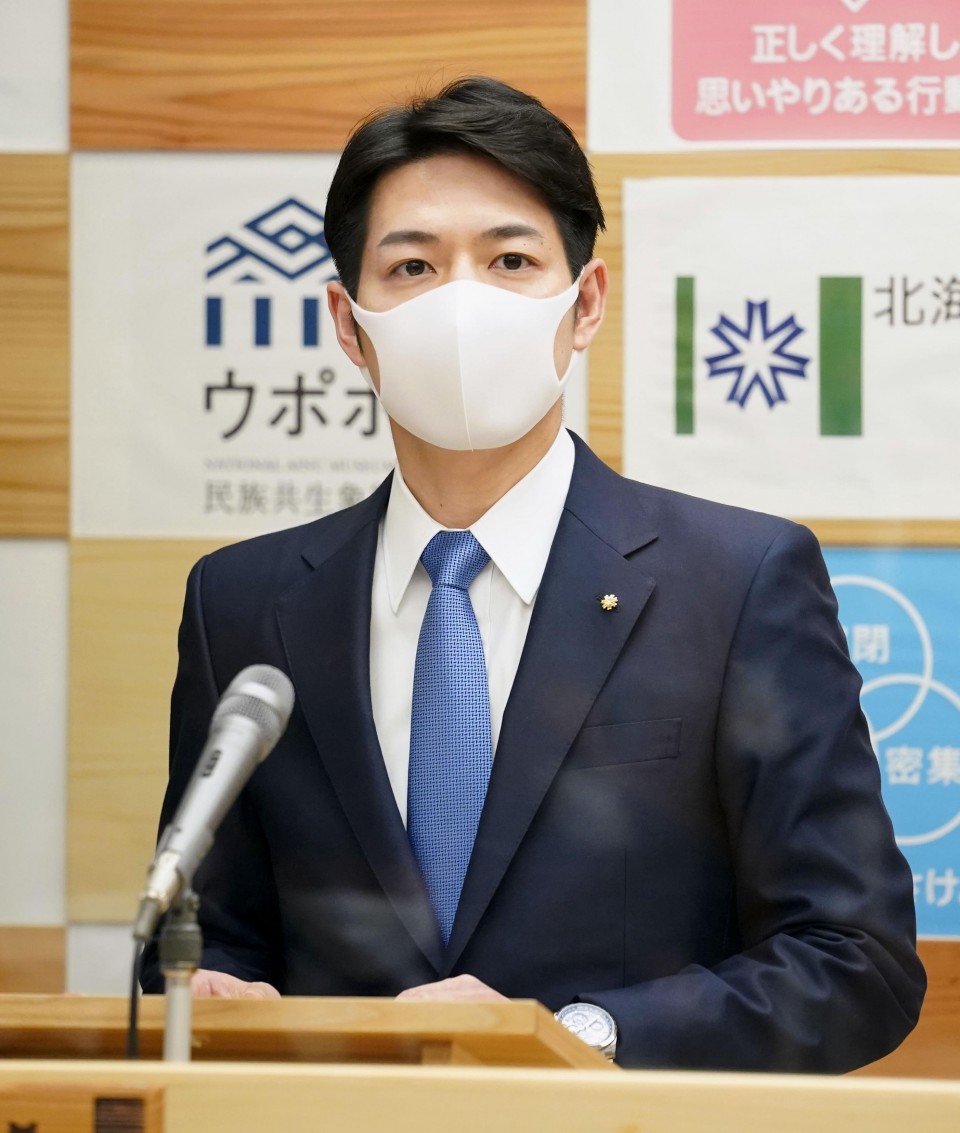 Hokkaido Gov. Naomichi Suzuki speaks at a press conference in Sapporo on Nov. 13, 2020, as the daily number of new coronavirus cases surpassed 200 in the northern Japan prefecture for the second day in a row. (Kyodo) ==Kyodo

With 189 new infections in Hokkaido reported Monday, Gov. Naomichi Suzuki and Sapporo Mayor Katsuhiro Akimoto agreed in an emergency meeting to urge the city's residents not to travel to other areas of the island.

Hokkaido has recently been experiencing a rapid rise in daily infections, with more than 200 cases reported on four consecutive days through Sunday. It reported a record 236 cases Thursday.

Sapporo is expected to raise its alert for the pandemic to four on the island's five-level coronavirus scale, indicating a rapid surge in infections and a need to implement measures to avert a great burden being put on medical facilities.

Raising the level will enable authorities to request limits on the operational capacities of facilities that have failed to implement measures against the pandemic.

The island initially requested eateries and entertainment businesses in Sapporo's Susukino nightlife district to refrain from operating between 10 p.m. and 5 a.m., while pledging 200,000 yen for each business that follows the request.

But local authorities now plan to expand the request to the entire city and call on eateries without proper virus prevention measures to refrain from opening.

"We don't expect a downward trend" for the time being, he said at a press conference.

Despite a spike in cases, Suga has said the government will maintain its "Go To Travel" subsidy campaign to support domestic tourism.

Record coronavirus cases reported in Japan for 3 days in row