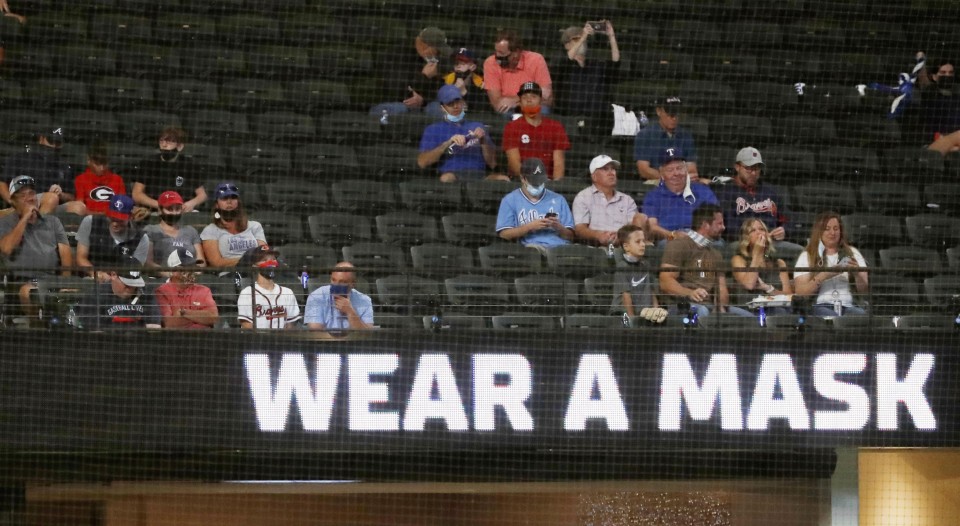 Fans watch Game 1 of the NL Championship Series between the Atlanta Braves and the Los Angeles Dodgers on Oct. 12, 2020, in Arlington, Texas. It was the first time that fans have been allowed to attend a major league baseball game this season amid the coronavirus pandemic. (Kyodo) ==Kyodo

The number of confirmed novel coronavirus cases worldwide surpassed the 50 million mark on Sunday, with more than 1.25 million deaths, according to a tally from Johns Hopkins University of the United States. 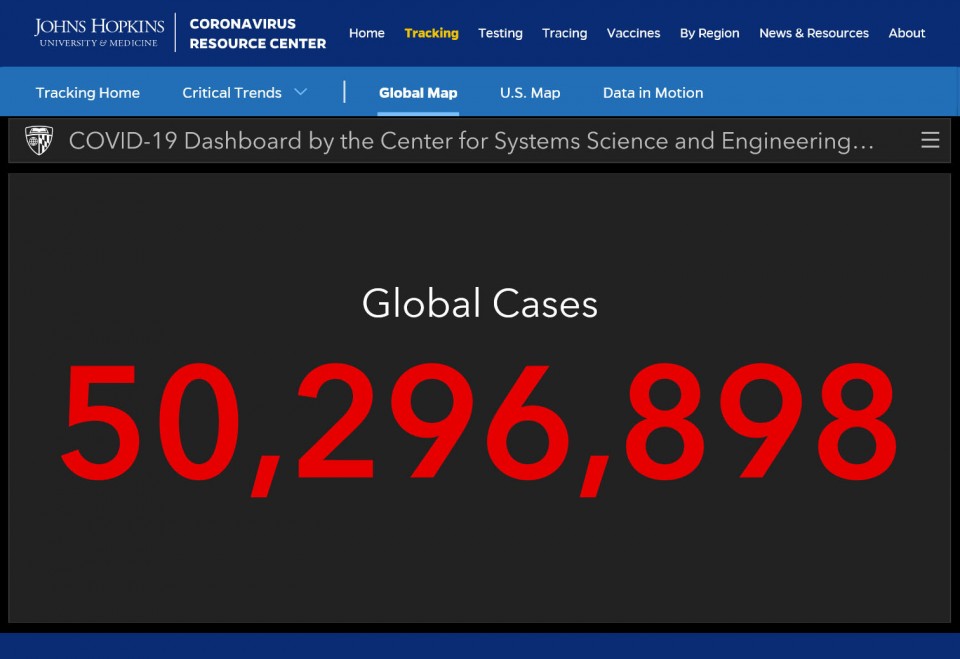 Supplied photo shows the number of confirmed novel coronavirus cases worldwide surpassing the 50 million mark in a tally by Johns Hopkins University, as seen on its website on Nov. 8, 2020. (PHOTO NOT FOR SALE)(Kyodo)

The global mortality rate stands at around 2.5 percent.

The United States has the highest number of infections, topping 10 million cases, The New York Times reported. The number grew by 1 million over the past 10 days.

India was the second worst hit with over 8.5 million cases, followed by Brazil with 5.6 million, according to the university.

Global daily increases have hovered around 500,000 since the end of October, with parts of Europe battling a resurgence of the virus.

The world's total number of cases topped 10 million on June 28, around six months after the first cases were reported in Wuhan, central China.

The country reported more than 1,000 new cases for the third consecutive day on Saturday, a level last seen in August, according to a Kyodo News tally based on official data.

The daily increase came to 954 on Sunday. Japan's cumulative total rose to 109,112, including around 700 from the Diamond Princess, a cruise ship that was quarantined in Yokohama in February. The death toll stood at 1,837.