Daikon radish found growing in concrete in heart of Osaka 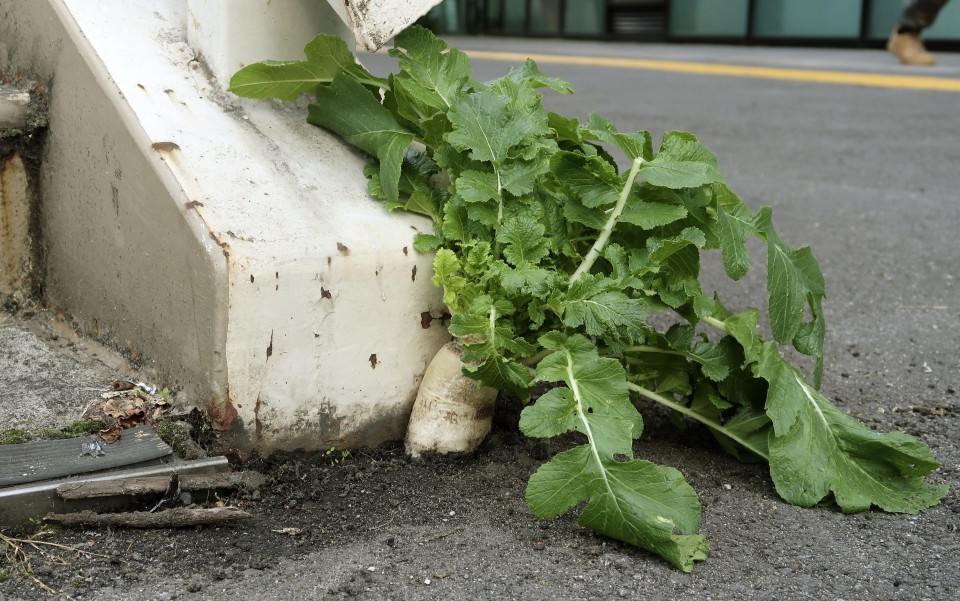 A lone daikon radish has been attracting attention from locals after it was recently discovered growing by the foot of a busy pedestrian overpass in the heart of the metropolis of Osaka in western Japan.

The root vegetable, commonly used in a range of Japanese dishes, was found protruding a few centimeters out of the asphalt with a full stalk of green leaves near the busy JR Osaka Station, close to the Hanshin department store in the central Umeda district.

Many pedestrians are stopping to snap photographs of the plant, with some crouching down to touch and examine the ground it is growing from.

"It makes me feel good to see the radish thrive in a place like this," said local resident Koji Shima, 68, who came to take photos of the vegetable. "I hope nobody pulls it out or does anything to it."

In 2005, a daikon radish was found growing out of an asphalt sidewalk in neighboring Hyogo Prefecture and also attracted attention. It was nicknamed "Dai-chan" but was soon broken off by somebody. But later an agricultural research firm collected flower buds from its stalk and produced "offspring."