A range of tatami straw mats and craft kits inspired by the hit anime and manga series "Demon Slayer" have gone on sale amid hopes the products will help promote a traditional textile industry in a western Japan city.

Takata Orimono Co., a textile manufacturer based in Kurashiki, Okayama Prefecture, has launched sales of tatami mats whose edges are lined with fabric that evokes the characters and their costumes from the anime. 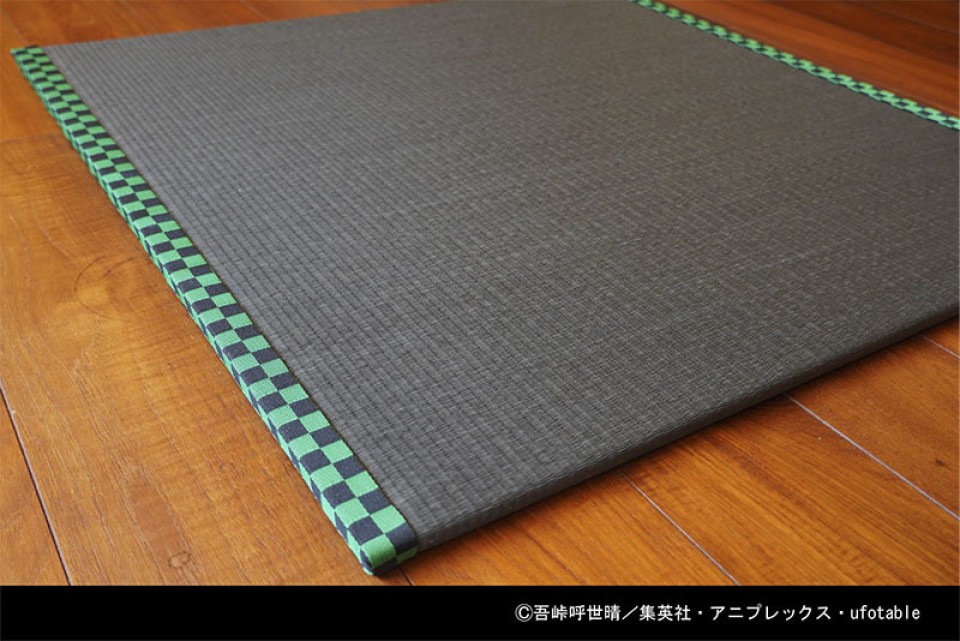 Supplied photo shows a tatami straw mat inspired by Tanjiro Kamado, the protagonist of hit anime and manga series "Demon Slayer," which is woven in black with checkered fabric edges similar to the kimono he wears. (Photo courtesy of Takata Orimono Co.)(Kyodo)

One inspired by protagonist Tanjiro Kamado is woven in black with fabric edges patterned with black and dark green checks, similar to the kimono he wears. The six uniquely designed mats can be arranged on the floor together.

A major producer of the "tatami-beri" fabric, Takata Orimono is also selling craft kits that can be used to make accessories such as ribbons, neckties and pencil cases with the specialized material.

"In recent years, more tatami have been produced without using tatami-beri. We want customers to rediscover the appeal of the fabric by using many beautiful designs from the anime, such as the kimono one," Naoshi Takata, president of the company, said.

Takata was "attracted by how tatami were depicted as well as by the beauty of traditional Japanese clothing," he said.