Japan is preparing to suspend its "Go To Travel" subsidy program to areas including popular tourist destination cities Sapporo and Osaka, given the high number of novel coronavirus cases there, government sources said Monday. 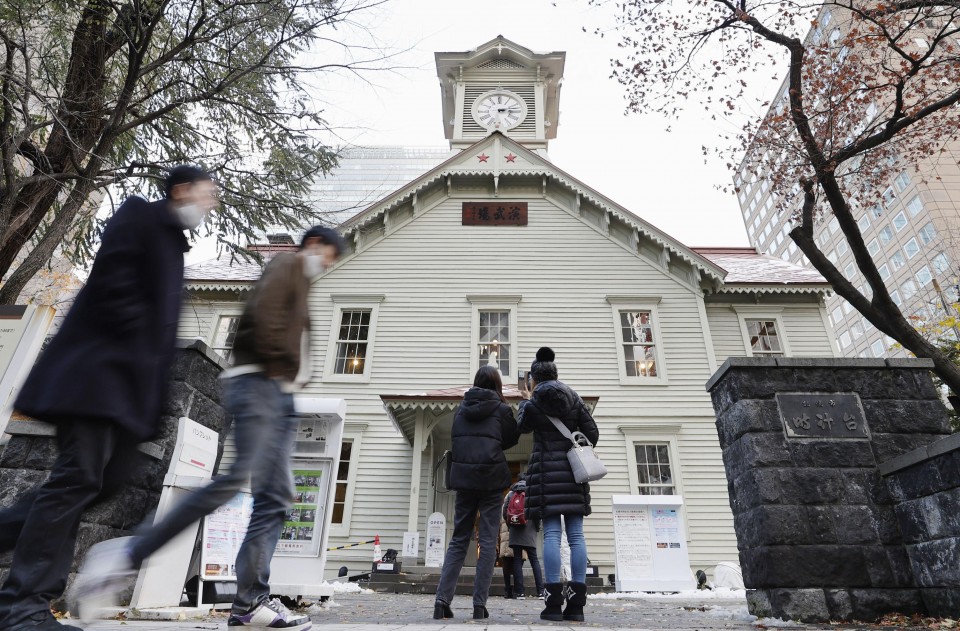 The move came after Prime Minister Yoshihide Suga said Saturday that accepting new bookings for trips to areas, where infections are fast spreading, will be halted but did not specify where and the timeframe for it.

The policy change came after a government panel of medical experts proposed reviewing the campaign, and at a time the country was in a three-day holiday, with many people nationwide enjoying the autumn season at sightseeing spots.

Hokkaido Gov. Naomichi Suzuki on Monday said he wants to have Sapporo, the capital of the country's northernmost main island of Hokkaido, considered for temporary withdrawal from the travel subsidy campaign.

He also asked the central government to compensate businesses affected by the suspension as well as those who cancel pre-booked trips to areas subject to the suspension.

Osaka Gov. Hirofumi Yoshimura said on a television program Monday that he wants the central government to include the city of Osaka in the suspension from this Friday, adding it will be "more effective" in preventing the virus spread if the city is subjected to such suspension. 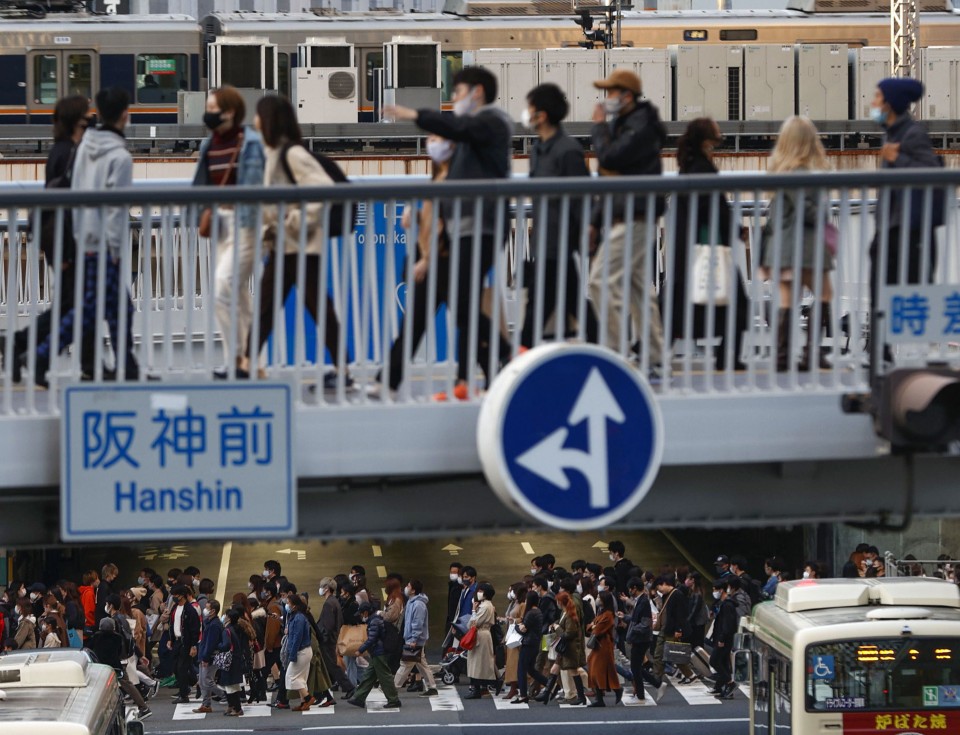 People wearing face masks walk in Osaka's Umeda area on Nov. 23, 2020, the last day of a three-day weekend amid a surge in coronavirus cases in many parts of Japan. (Kyodo) ==Kyodo

The central government is thinking of temporarily withdrawing specific cities from the travel subsidy program and not implement it on a prefectural basis, in a bid to ease the impact a suspension would have on regional economies, the sources said.

Earlier in the day, the National Governors' Association met and urged the central government to be more area-specific, as the situation is not the same for all areas within a prefecture.

The "Go To Travel" program, which was launched in late July, effectively covers about half of domestic travelers' expenses to support the tourism industry, which has been hit hard by the pandemic.

After the suspension is decided, the government is also planning not to apply the subsidy for pre-booked trips and to shoulder cancellation fees, the sources said.

As for outgoing trips made by residents in the areas subject to suspension, the government is considering allowing them to still enjoy the subsidy, to keep domestic tourism afloat.

Hokkaido has recently seen a spike in new daily infections, which topped 300 for the first time last Friday. On Monday, the new cases in the island prefecture surpassed 200, topping that level for six days in a row. Osaka Prefecture has also been seeing a rise in cases, having reported on Sunday a record 490 new cases.

Japan reported more than 2,000 new cases of the coronavirus for a fifth straight day on Sunday.

On Monday, the nationwide tally surpassed 1,500 new cases. Meanwhile, the number of people who have fallen seriously ill after contracting the virus hit 331, a record high, according to the health ministry.

Suzuki had been negative about reviewing the campaign, saying at a press conference last week, "I don't think eating quietly at a hotel where antivirus measures have been taken and soaking in hot-spring baths are factors triggering the spread of infections."

However, the Hokkaido governor changed his position when the central government late last week back-tracked on its own initial reluctance to reconsider the program.

So far, some 40 million trips have been taken through the "Go To Travel" program, with 176 people accessing the subsidies found to have been infected with the virus, according to the central government.

Toshio Nakagawa, head of the Japan Medical Association, has said there is no concrete evidence to indicate the travel program is responsible for the recent spike in coronavirus cases, but "there is no mistaking that it acted as a catalyst."

Medical experts have described the resurgence as a third wave of infections, attributing it to the arrival of cooler temperatures that have forced people to spend more time indoors, often in rooms without sufficient ventilation that can stop the virus from spreading.