Chunichi Dragons left-hander Yudai Ono, who threw 10 complete games in an abbreviated, virus-hit season, was named the recipient of the Eiji Sawamura Award on Monday. 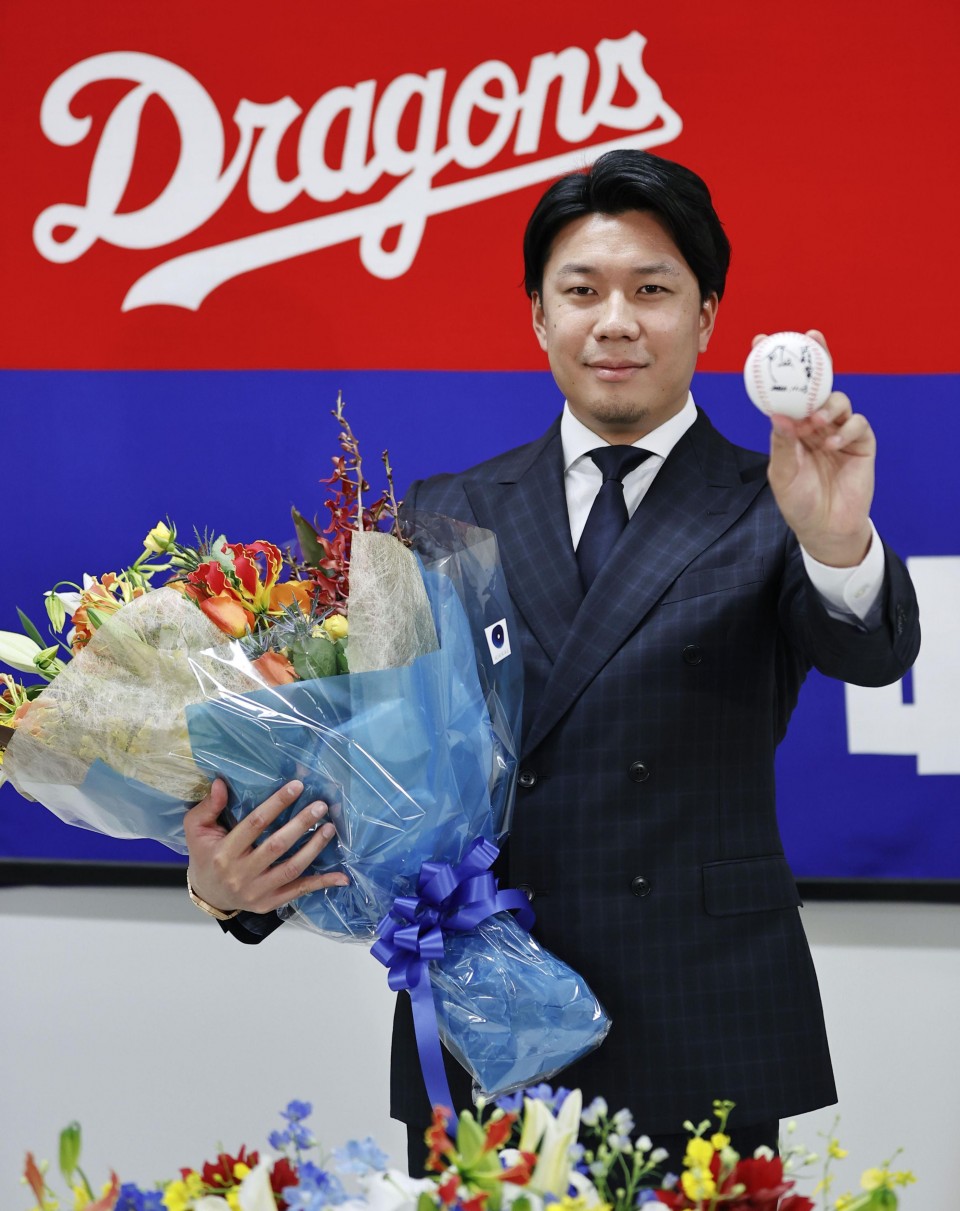 The award, voted by a panel of former elite pitchers, honors Nippon Professional Baseball's most impressive starting pitcher, or more specifically, the pitcher who best embodies the spirit of Sawamura, the Yomiuri Giants' Japanese ace from the early days of the nation's first pro league.

In addition to leading both the Central and Pacific leagues in complete games, 32-year-old Ono also topped both circuits with 148-2/3 innings pitched and a 1.82 ERA. Ono pointed to the latter number as the statistic of which he was proudest.

"I had said I wanted to win the ERA title two years running," Ono said. "This year I was really motivated. Hiroshima's (Masato) Morishita and the Giants' (Tomoyuki) Sugano both posted ERAs under 2.00, so I am really proud of coming out No. 1."

"When I look at the names of the previous recipients -- all splendid pitchers -- it gives me a mysterious sense of wonder to think of my name being added to theirs."

Baseball: Angels' Shohei Ohtani opens up on most difficult season

Ono also led the CL with 148 strikeouts. His 11 wins tied him with two other pitchers for second in the CL behind Sugano.

Sugano, who finished 14-2 with a 1.97 ERA, was a strong candidate, and some panelists expressed a willingness to name two winners. In the end, however, they were swayed by Ono's dominance in the area of complete games, an annual sore spot among the old timers who pitched in eras when complete games were more routine.

"He (Ono) threw five straight complete game victories, and did so in an environment where pitchers really aren't allowed to go the distance," said Hall of Famer Masaji Hiramatsu. "He lost out to Sugano in terms of his 11-6 win-loss record, but Ono surpassed him in every other area and put up numbers worthy of the Sawamura Award."

In typical years, the committee uses six statistical benchmarks to evaluate pitchers' worthiness: 25-plus games started, 15-plus wins, a .600-plus winning percentage, 200-plus innings, 150-plus strikeouts and an ERA of 2.50 or better.

Because of the novel coronavirus pandemic, however, teams played 23 fewer games, while players had to improvise to maintain fitness in unprecedented conditions.

Committee chairman Tsuneo Horiuchi said it was left up to each committee member to adjust his own criteria for statistical success given this year's unique situation. Horiuchi also repeated his annual warning that the committee had no interest in making the criteria more suitable for today's game.

"The game is always changing, and we have to be mindful of that," Horiuchi said.

"This year was special, but we have no intention of changing our standards going forward. We could make adjustments, but we don't want to do anything that might in some way detract from Mr. Sawamura's legacy."

In addition to the two CL aces, Sugano and Ono, as well as Carp rookie Morishita, Horiuchi said the committee had considered the three PL wins leaders -- Kodai Senga and Shuta Ishikawa of the SoftBank Hawks, and the Rakuten Eagles' Hideaki Wakui.

Hall of Famer Choji Murata, however, expressed disdain for the top pitchers from his old league. Despite the PL's annual dominance of interleague and postseason competition, he criticized PL hurlers for failing to do more.

"No PL pitchers won more than 11 games and they didn't throw enough complete games. I came in thinking of naming two pitchers, but you really can't name two," Murata said. "I give a lot of credit to Sugano, who won the Sawamura in 2017 and 2018 and responded to a bad (2019) season by completely changing his delivery."

"But in the end we have to pick the best one. The Sawamura Award should go to a pitcher kids can look up to, someone who displays effort and courage."