Shun Nagasawa grabbed a hat-trick against his former club as bottom-side Vegalta Sendai ended their 17-game winless run with a stunning 4-0 win away to second-placed Gamba Osaka in the J-League first-division on Saturday.

In-form Gamba entered on a 12-game unbeaten run, during which they had scored in every game while not conceding more than one goal in any match.

"I'm relieved more than anything, we've had miserable outings so it was good. Things have gone a bit too well (with the hat-trick) but I wanted to offer something positive for the team," said Nagasawa, who spent three years at Gamba from the summer of 2015.

"I hadn't really thought about it but I felt at home once I got to the stadium and it was really fun. We haven't won at home and have given our fans sad and hard times, so we want to win there next time."

Vegalta went ahead in the 17th minute after Brazilian defender Para's long ball played Isaac Cuenca through down the left flank. The former Barcelona winger held off Gamba defender Ryu Takao to sneak into the box and pulled back for Nagasawa, who scored high into the net with his first touch. 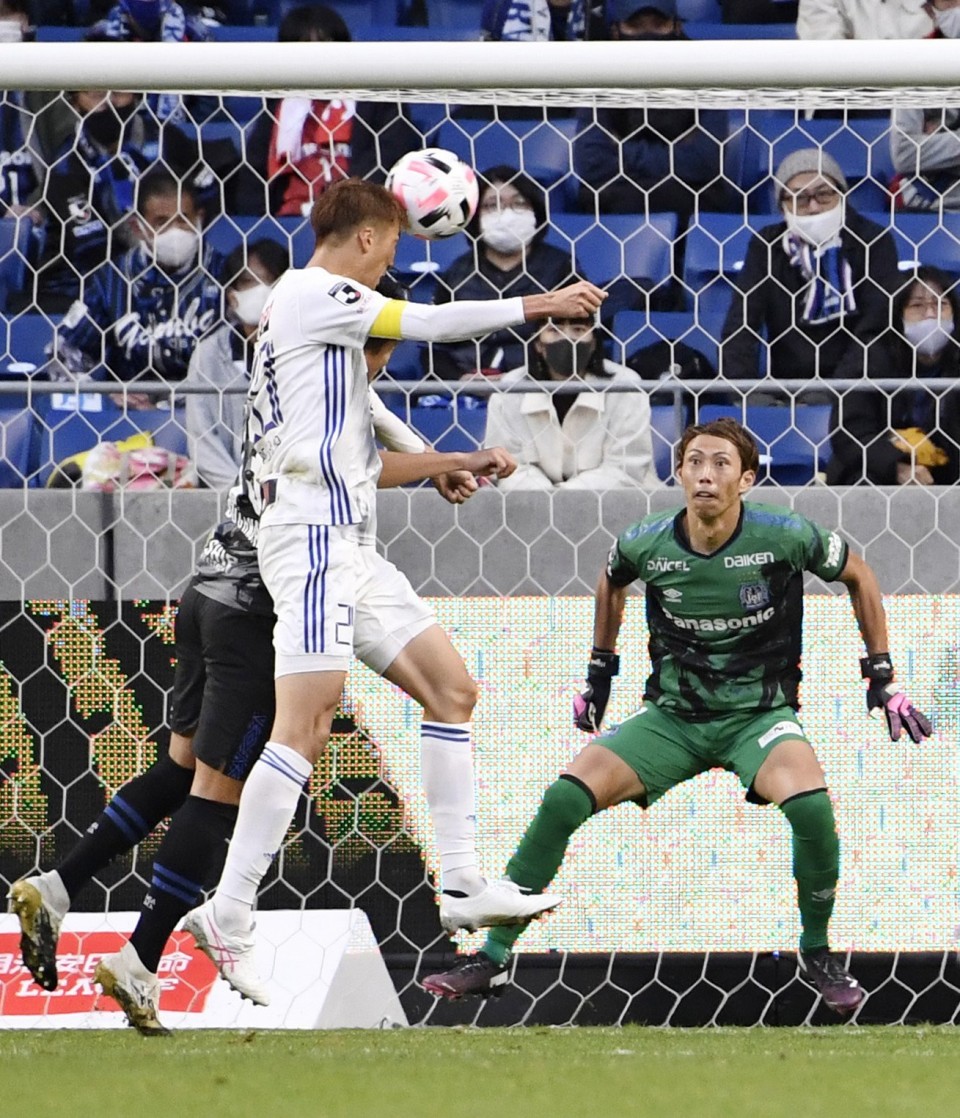 The home side thought they got a goal back in the 62nd minute but was flagged offside after Shu Kurata squeezed in a low cross off the bar, and Nagasawa made sure of the famous win 15 minutes from time as he headed in a Takumi Sasaki cross.

Substitute Takahiro Yanagi put the icing on the cake a minute from time, stealing a march on two players down the left before rifling a low effort to the far bottom corner for his first goal in the J1.

Elsewhere in the top flight, runaway leaders Kawasaki Frontale drew 1-1 at Kashima Antlers as Everaldo drew the hosts level in the 75th minute.

Kashima defender Katsuya Nagato missed the game after testing positive for the novel coronavirus prior to the game. Six teammates judged to have had close contact with him by the local health authority also sat out the tie. Kawasaki have a 14-point lead over Gamba at the top of the table.

Cerezo Osaka fell 3-1 at Shimizu S-Pulse as Keita Nakamura scored the winner for the hosts.

Jay Bothroyd scored the equalizer as Consadole Sapporo drew 1-1 at home with Sagan Tosu, while Ezequiel leveled for Sanfrecce Hiroshima in their 1-1 home draw with Yokohama FC.