Sakamoto, who also won Friday's short program at Osaka's Ractab Dome, finished with a combined score of 229.51 points. The victory was Sakamoto's first on the ISU Grand Prix of Figure Skating circuit. 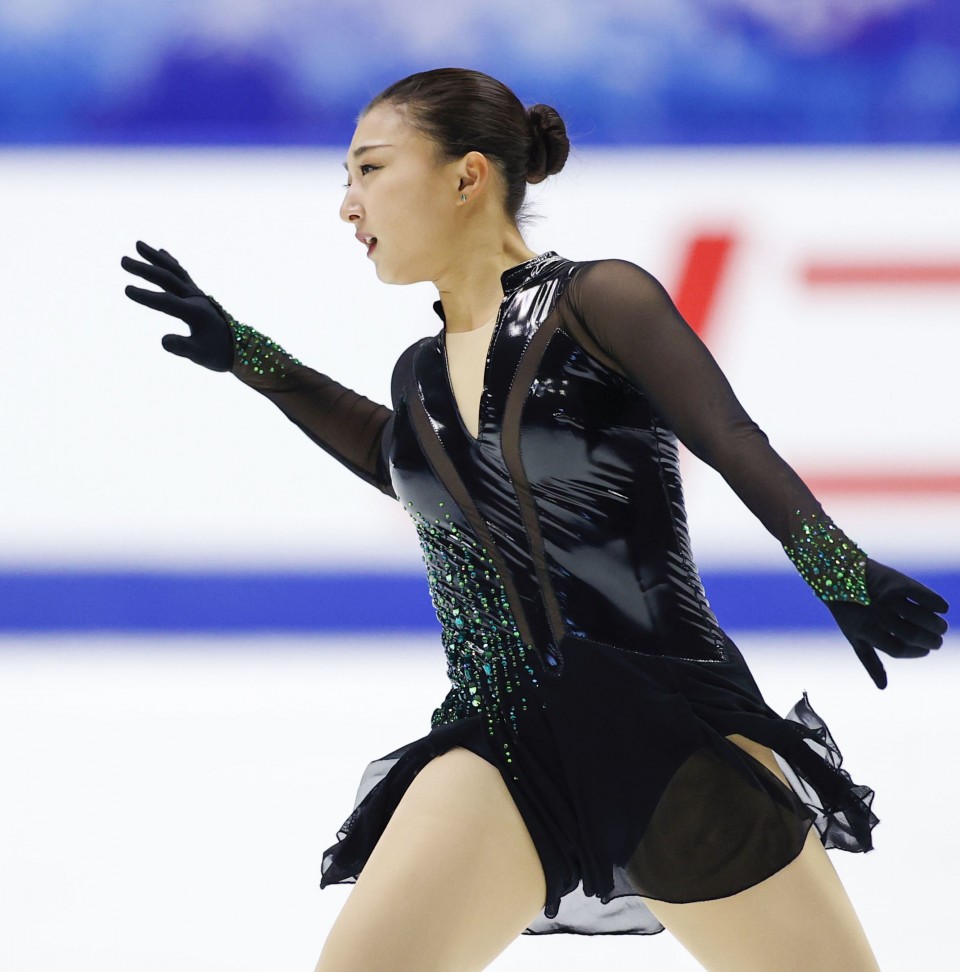 Kaori Sakamoto performs in the women's free program on her way to winning gold at the NHK figure skating competition in Osaka on Nov. 28, 2020. (Kyodo) ==Kyodo

"What really hit home is the realization I'm capable of this kind of score if I could skate error-free programs," said Sakamoto, who improved on her personal bests in both the short program and free skate.

"It also brought back to me what a joy it is to skate in front of an audience."

Due to travel restrictions in place to combat the novel coronavirus pandemic, the six stops on this year's Grand Prix events became essentially regional competitions.

Japanese compatriot Wakaba Higuchi was second with 200.98, while Rino Matsuike was third with 198.97. The only overseas athlete to compete, four-time South Korean national champion You Young, was seventh after finishing last in the short program.

Yuma Kagiyama won the men's championship, scoring a career-high 275.87 in his senior Grand Prix debut. Kazuki Tomono was second with 226.62, while Lucas Tsuyoshi Honda was third with 217.56.

The 34-year-old Takahashi, who in 2010 became the first Japanese men's skater to win an Olympic medal and a world championship, was the center of attention as he competed for the first time with partner Kana Muramoto after switching to ice dance this season. 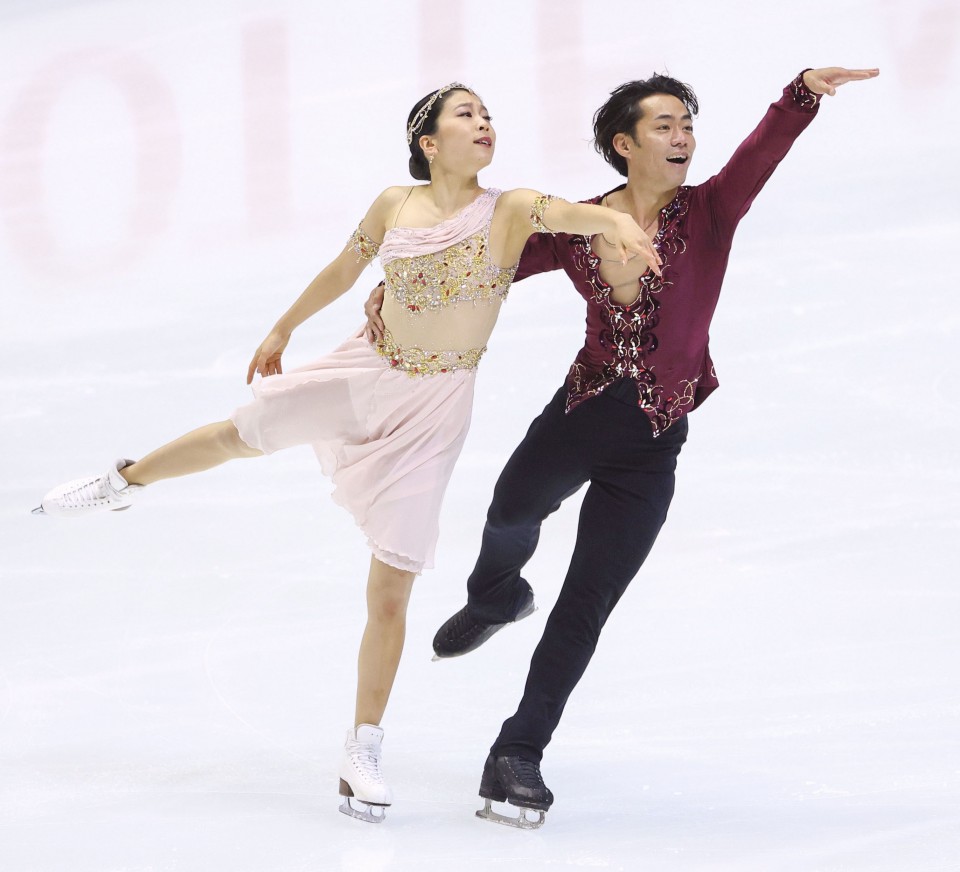 Misato Komatsubara and Tim Koleto, who won Friday's rhythm dance at the dome, also top-scored in the free dance to finish with 179.05 points. Rikako Fukase and Eichu Cho were second, while Takahashi and Muramoto, who were second in the rhythm dance, brought up the rear in the three-couple field.

"Although I messed up in the free dance, we otherwise got off to a good start," said Takahashi, who touched the ice while the couple performed a twizzle. "I've been anxious about my twizzle (since practice) and I ended up thinking too much."

Muramoto said they had much to work on going forward.

"There were mistakes we never make, and there were some nerves. But we'll be all right," she said.

Takahashi retired after the 2014 Sochi Olympics but made a dramatic men's singles comeback in the 2018-2019 season before announcing he would switch this season from singles to ice dance and is now aiming to compete in the Olympics again.