Fears are mounting that U.S.-North Korea negotiations on denuclearization may end up back at square one as President-elect Joe Biden is expected to put more pressure on Pyongyang to urge leader Kim Jong Un to abandon his nuclear ambitions.

If Kim, who has attempted to obtain security guarantees from the United States by building a better rapport with President Donald Trump, judges Democrat Biden will reject dialogue, North Korea could step up the development of new weapons to counter Washington.

Pyongyang, in the worst-case scenario, might resume nuclear tests and launches of intercontinental ballistic missiles that can target the United States, probably making the security environment in East Asia more uncertain and even dangerous.

"Kim has hoped that Trump would be re-elected to move forward with bilateral talks on denuclearization and sanctions relief, but such a desire is sure to fail to happen," a diplomatic source familiar with the situation in Pyongyang said. 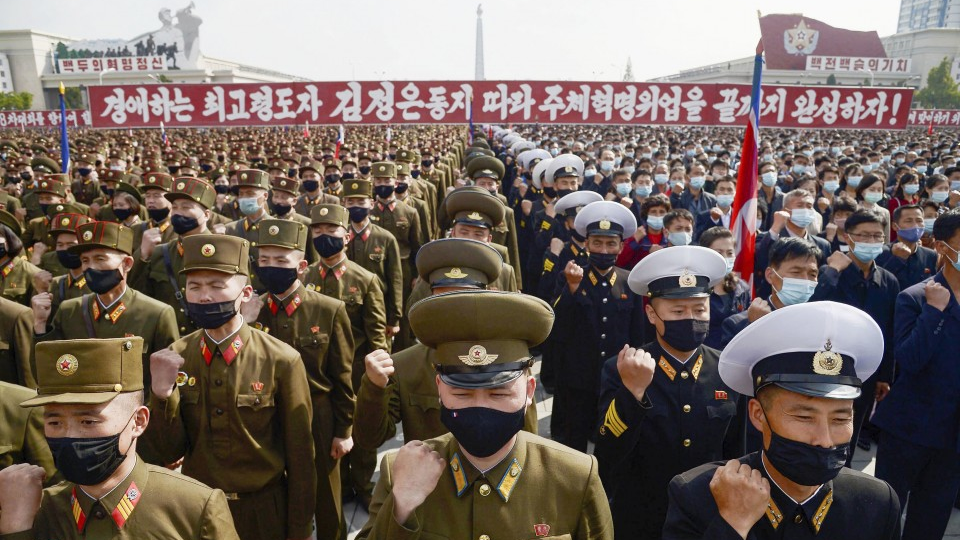 Biden would "not perform a political show and make an easy deal with Kim," given that the president-elect favors bottom-up policymaking, unlike the Republican incumbent Trump, who pursues a top-down approach, the source said.

"If Biden's team shows little sign of promoting negotiations, Kim could again take provocative actions against the United States, including nuclear tests," he said, adding, "If that is the case, the security situation in East Asia would become very fragile."

The United States and North Korea are still technically at war as the 1950-1953 Korean War ended in a cease-fire rather than a peace treaty.

During the war, U.S.-led U.N. forces fought alongside South Korea against the North backed by China and the Soviet Union. Since then, the United States and North Korea have had no diplomatic ties.

Under the administration of former U.S. President Barack Obama, in which Biden served as vice president for eight years from 2009, Washington adopted the "strategic patience" policy, designed to increase pressure on Pyongyang while waiting for it to return to talks.

In November 2017, North Korea fired what it said was its "most powerful" ICBM capable of delivering a nuclear warhead anywhere in the continental United States, and Kim declared the completion of "the state nuclear force."

Since 2018, however, Kim suddenly started to make conciliatory gestures toward Trump, who took office in 2017. So far, the two leaders have held direct meetings three times, with North Korea refraining from carrying out nuclear and ICBM tests.

At their first-ever summit in June 2018 in Singapore, Trump and Kim agreed that Washington would provide security guarantees to Pyongyang in exchange for "complete" denuclearization of the Korean Peninsula. 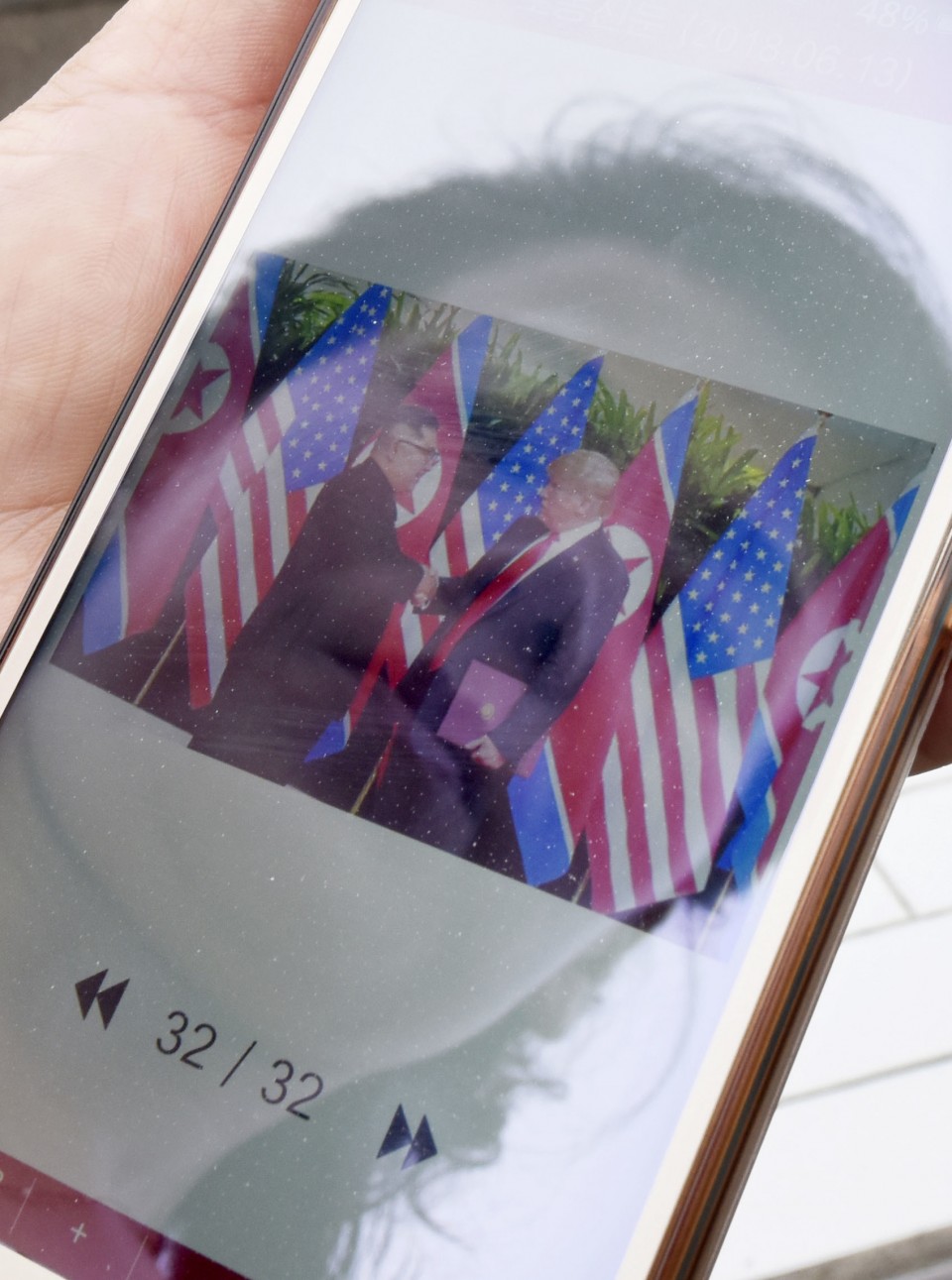 The face of a North Korean woman is reflected on her smartphone screen in Pyongyang on June 13, 2018, as she watches a photo of North Korean leader Kim Jong Un (L) and U.S. President Donald Trump shaking hands during their meeting the previous day in Singapore. (Kyodo) ==Kyodo

Later, they fell short of bridging the gap between demands by the United States and North Korea's calls for sanctions relief at their second summit in Hanoi in February 2019.

After Trump and Kim surprisingly met in July that year at the Demilitarized Zone dividing the two Koreas, Washington and Pyongyang held a working-level meeting in Stockholm in October, but that ended without progress.

Nevertheless, Kim has strived to maintain personal relations with Trump by exchanging letters in a bid to extract concessions from the U.S. president, who has implemented key policies in a top-down fashion, the diplomatic source said.

"It is obvious that Kim wanted to bring Trump back to the bargaining table," he added.

Biden, meanwhile, has lambasted the consequences of the Trump diplomacy for allowing North Korea to have "much more capable missiles, able to reach U.S. territory much more easily than they ever did before," calling Kim a "thug."

Although Biden has voiced willingness to leave room for dialogue if certain conditions are met, he is likely to bolster North Korea sanctions in tandem with other countries to compel it to discard nuclear weapons.

It is believed Pyongyang is planning to map out a new strategy for the United States at the first congress of the ruling Workers' Party of Korea in five years in January next year.

At a military parade in October, North Korea showed a cutting-edge ICBM and a new type of submarine-launched ballistic missile, with another diplomatic source saying, "Pyongyang might be already ready to fire them as a warning to the Biden administration."

The source also said Pyongyang could try to ask Biden to let it continue to hold nuclear weapons, as he has said he may meet with Kim provided the North Korean leader "would agree that he would be drawing down" on the nation's nuclear capacity.

Pyongyang has become interested in the fact that Biden "has not said North Korea should achieve complete denuclearization," the source said.