Ozeki Takakeisho and rank-and-filer Shimanoumi picked up their 10th wins of the November Grand Sumo Tournament on Wednesday to remain in a two-way tie for the lead after 11 days of action.

Takakeisho (10-1) dispatched No. 5 maegashira Kotoshoho (6-5) in the final bout of Day 11 at Tokyo's Ryogoku Kokugikan in his bid to capture the last Emperor's Cup on offer this year and second top-division title of his career. 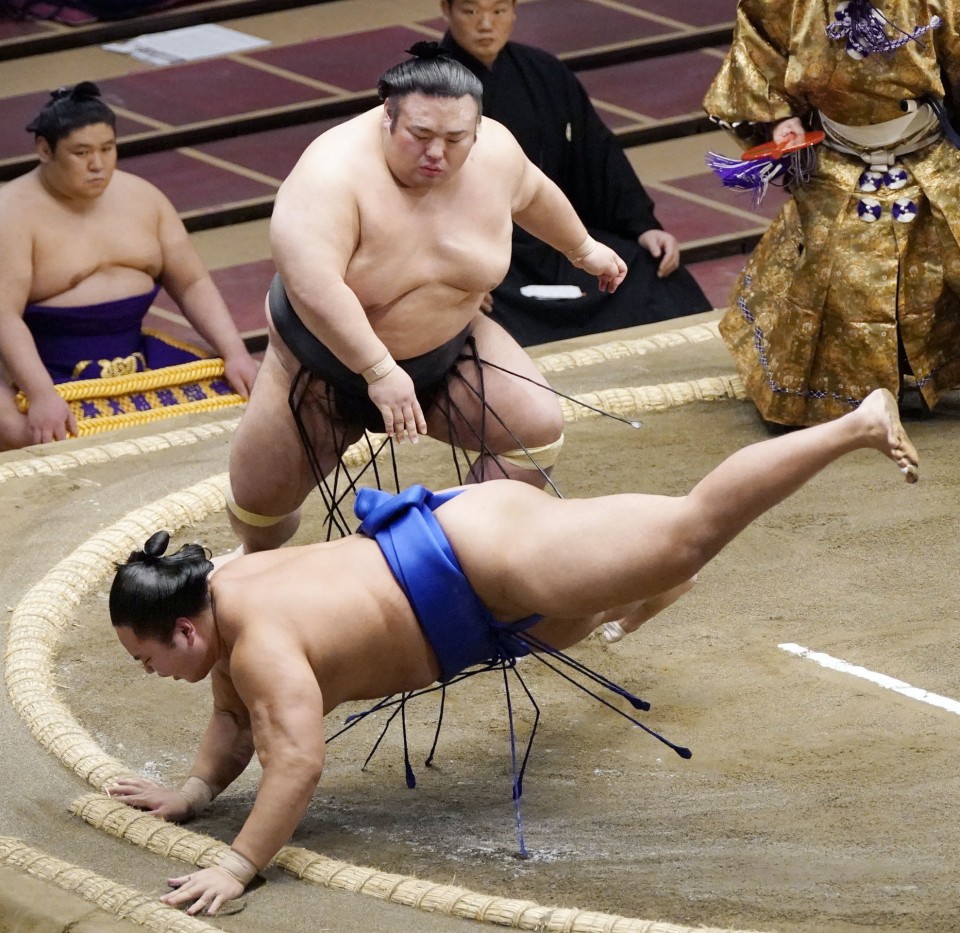 The only ozeki in competition faced little challenge from Kotoshoho in their first makuuchi match-up, absorbing a few shoves from the rank-and-filer before slipping to the side and thrusting him down at the edge.

Hoshoryu put the overnight co-leader on the back foot early on in top-division action, but Shimanoumi held his ground and worked his way back to the center of the ring.

After regaining his footing in a standstill, Shimanoumi turned Hoshoryu off balance and sent him reeling to the edge, then shoved his opponent out to keep his maiden title hopes alive.

On the heels of the leaders at the 15-day meet are komusubi Terunofuji and No. 10 Ryuden, who each improved to 9-2.

Terunofuji prevailed against a spirited attack from No. 5 Myogiryu (3-8). The former ozeki anchored himself to the dohyo as Myogiryu went on the offensive, then wrapped the maegashira up and bulldozed him from the ring.

Ryuden outlasted No. 6 Takarafuji (8-3) to edge his opponent out of second place. The two men slung each other around by their mawashi for over a minute until Ryuden pivoted Takarafuji away and plowed him over the straw bales.

Both men face tough tests on Day 12, with Takarafuji taking on Takakeisho and Ryuden pitted against Shimanoumi. 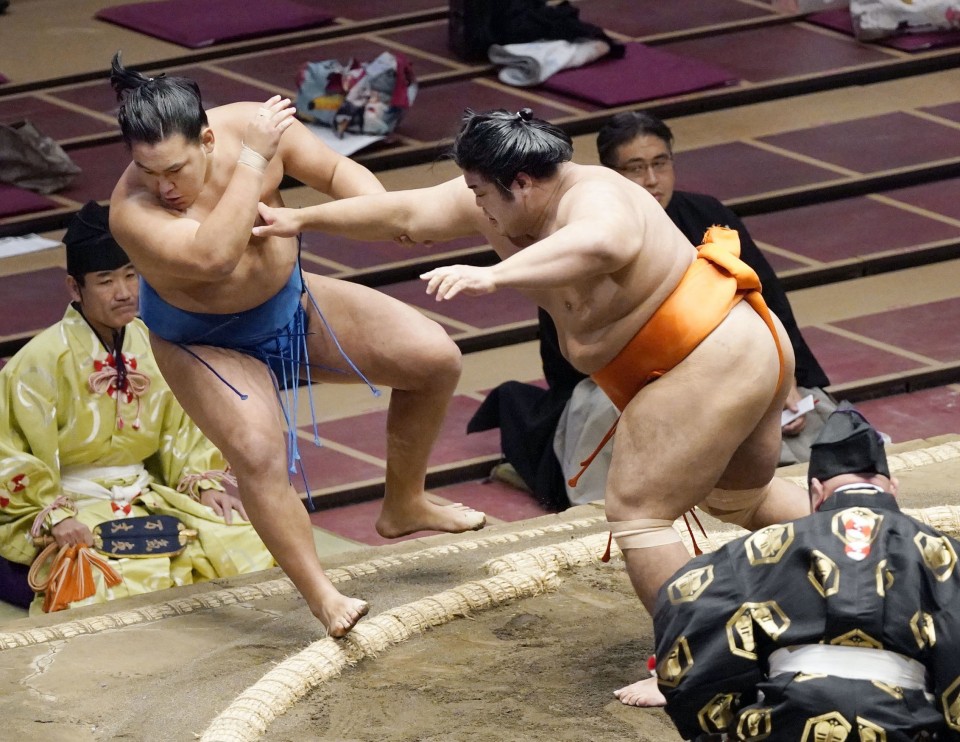 Injuries to the sport's elite have opened up the championship race at the year's final meet, usually held in Fukuoka Prefecture on Japan's southernmost main island of Kyushu but relocated due to the novel coronavirus pandemic.

The spotlight remains on Takakeisho as the highest-ranked rikishi in competition. Grand champions Hakuho and Kakuryu are sitting out the entirety of the meet, while ozeki Asanoyama and newly-promoted ozeki Shodai both withdrew during the first week.

Both sekiwake continued to struggle. Mitakeumi (6-5) was pushed out by komusubi Takayasu (6-5) and fell to his third straight defeat, while the newly-promoted Takanosho (5-6) was effortlessly slapped down by No. 4 Tobizaru (4-7).