A typhoon continued to move almost parallel to Japan's Pacific coast from west to east on Saturday, the weather agency said, issuing a heavy rain alert for parts of the Izu island chain south of Tokyo and warning of mudslides as persistent downpours might have saturated the soil in the region.

Typhoon Chan-hom, the season's 14th, is expected to come closest to the south of the Izu Islands by Sunday morning, the Japan Meteorological Agency said. 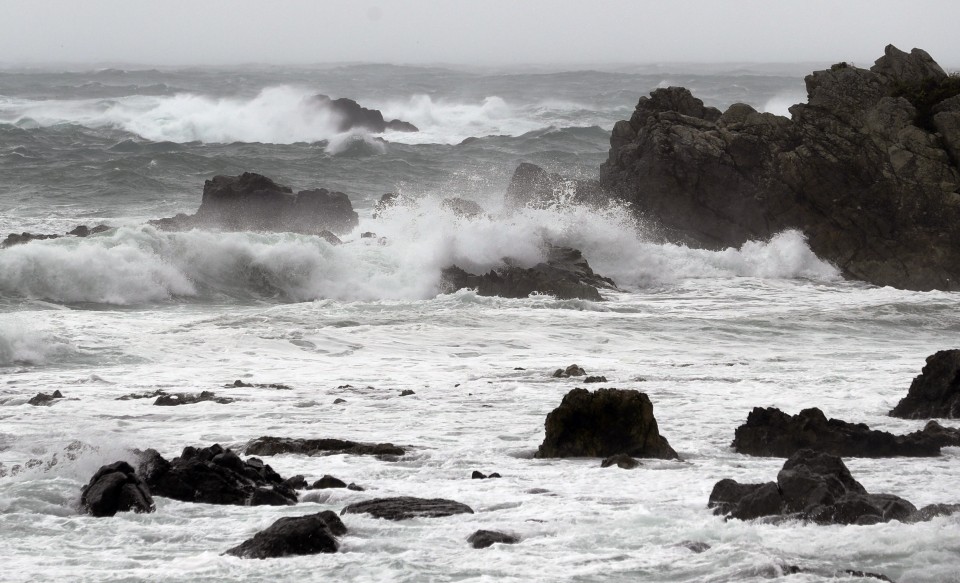 Waves are observed in the sea off the Wakayama Prefecture town of Kushimoto, western Japan, on Oct. 10, 2020, due to the approach of Typhoon Chan-hom. (Kyodo)

Rainfall of up to 300 millimeters is projected for the island chain, the northernmost part of which is located about 100 kilometers south of Tokyo, in the 24 hours through Sunday noon. The agency issued the highest level of alert for heavy rain on the two major islands in the chain, Miyake and Mikura.

It is the first time since July the weather agency has issued such an alert. But no life-threatening injuries or deaths have been reported so far across the country, according to authorities.

The typhoon is expected to weaken to an extratropical cyclone by Monday morning after moving away from central Japan, according to the agency.

Popular tourist destinations, including the central Japan city of Atami, saw travelers canceling weekend plans made under the government-subsidized "Go To Travel" program put in place to boost the virus-hit domestic tourism sector.

A hotel operator in Atami said it has seen customers coming back due to the start of the subsidy program, but the approaching typhoon has led to canceled bookings.

"It is disappointing...but it can't be helped as safety for customers comes first," a hotel official said.

Since Wednesday, 580 mm of rain was recorded on the island of Miyake and 550 mm was logged in Nachikatsuura town, Wakayama Prefecture, western Japan. Owase, Mie Prefecture, central Japan, registered 510 mm of rain.

As of 9 p.m. Saturday, the typhoon was located about 170 km southwest of Hachijo Island, part of the Izu island chain, heading east at a speed of 20 km per hour. It has an atmospheric pressure of 985 hectopascals at its center and is packing winds of up to 144 kph, according to the agency. 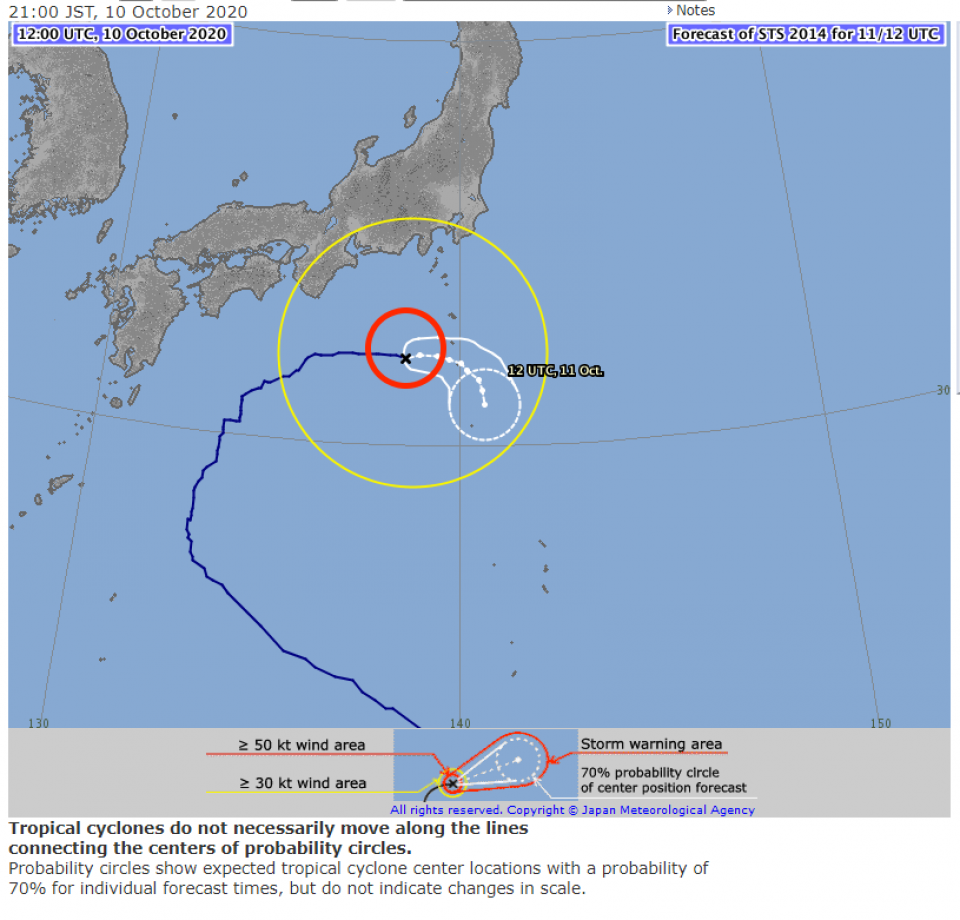 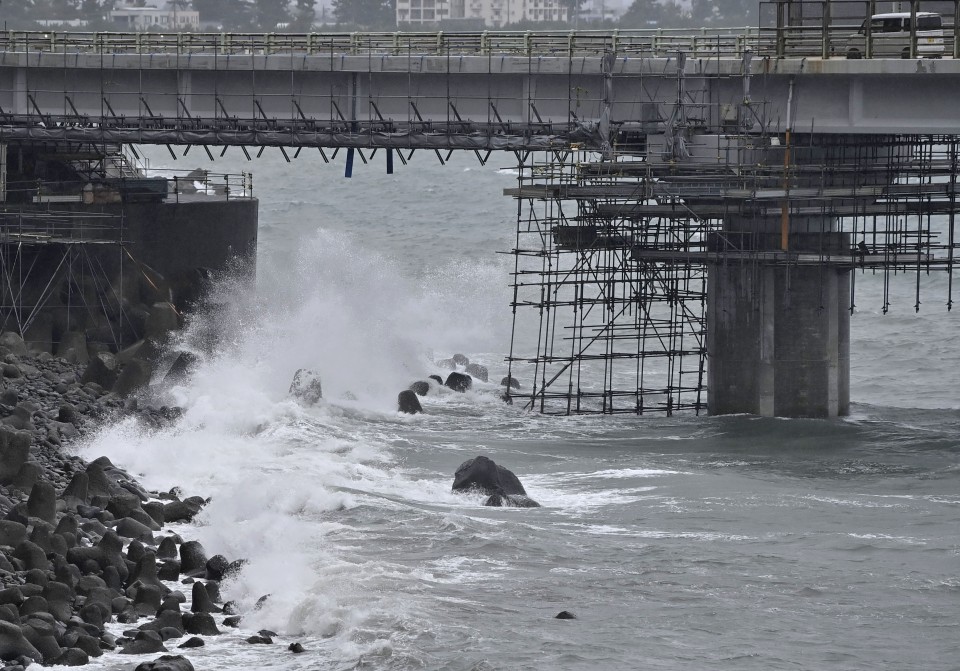 High waves are observed on the shore in Shizuoka, central Japan, on Oct. 10, 2020, due to the approach of Typhoon Chan-hom. (Kyodo)