Mitsubishi Heavy Industries Ltd. is considering sharply scaling back staff and budget related to the development of Japan's first domestically manufactured passenger jet, effectively freezing the operation amid a slump in demand caused by the novel coronavirus pandemic, sources close to the matter say. 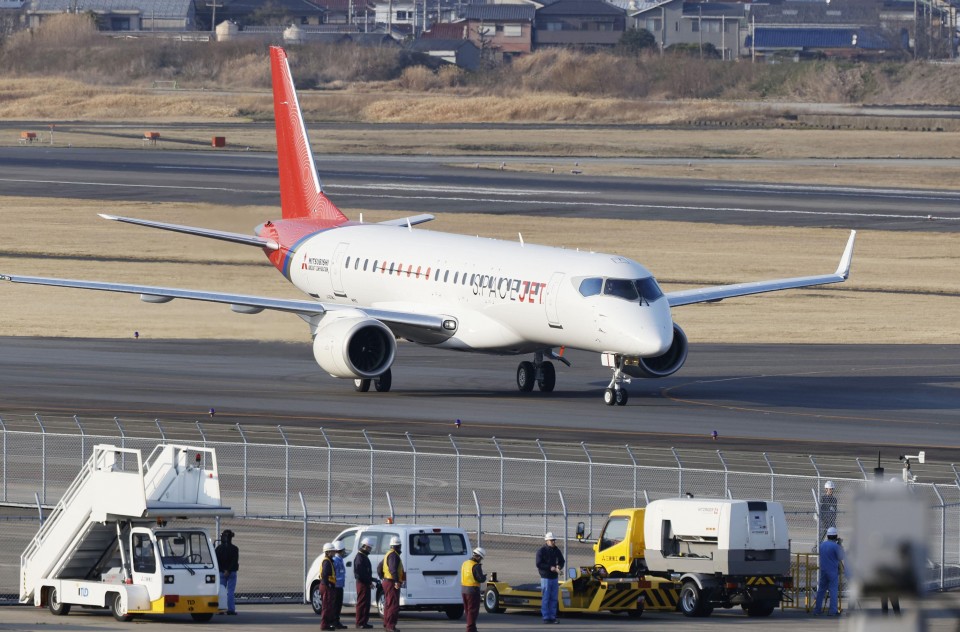 File photo taken on March 18, 2020, shows a new prototype of Mitsubishi Aircraft Corp.'s SpaceJet passenger jet at Nagoya airport in Aichi Prefecture, central Japan. Mitsubishi Aircraft said June 15, 2020, that it will downsize and reshuffle the team developing Japan's first passenger jet in the face of plunging air travel demand due to the new coronavirus pandemic, in a move that could further delay the aircraft's launch. (Kyodo)

Its initial delivery to All Nippon Airways Co., originally planned for 2013, has been postponed to 2021, or possibly later, due to problems with parts and a lack of technical expertise.

The new passenger jet, if successfully launched, would be the first commercial aircraft manufactured in Japan since the YS-11 turboprop plane built by Nihon Aircraft Manufacturing Corp., a public-private company, half a century ago.

In a statement released Friday, Mitsubishi Heavy said "various possibilities" are being considered but no decision has been made, adding the company plans to explain its stance on Oct. 30 when its medium-term strategy is unveiled.

The government had pushed for the development of domestically built jets in the early 2000s despite the YS-11 project failing to bear fruit as a business. As a result, Mitsubishi Heavy, a manufacturer of fighter jets and rockets, launched the regional jet project in 2008 and the maiden flight took place in November 2015.

Delivery of the Mitsubishi SpaceJet has been delayed six times so far despite around 1 trillion yen ($9.6 billion) having already been poured into development.

The SpaceJet is designed to carry around 90 passengers with what the company calls "game-changing" fuel efficiency. Mitsubishi Heavy will likely continue aiming for a type certificate for the jet, the sources said. 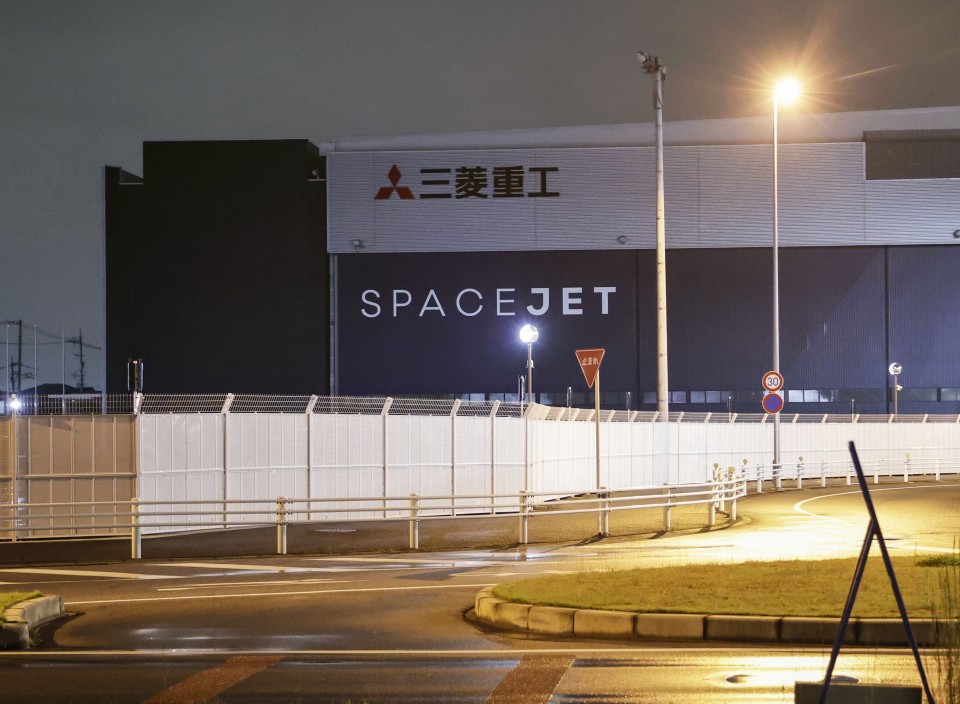 In the business year through last March, Mitsubishi Heavy posted an operating loss for the first time in two decades due to ballooning SpaceJet development costs.

In May, President Seiji Izumisawa said the company would review the development schedule "as a whole" and unveiled a plan to more than halve spending for the project to about 60 billion yen in fiscal 2020 through next March.

Mitsubishi Heavy is likely to decide what to do with the regional jet development while assessing demand.

Even before the coronavirus pandemic, many airline companies had shifted their focus to smaller aircraft due to their fuel efficiency amid rising awareness of climate change.

But airlines are now struggling as the pandemic has led many countries to impose travel restrictions, resulting in a plunge in demand for commercial aircraft. 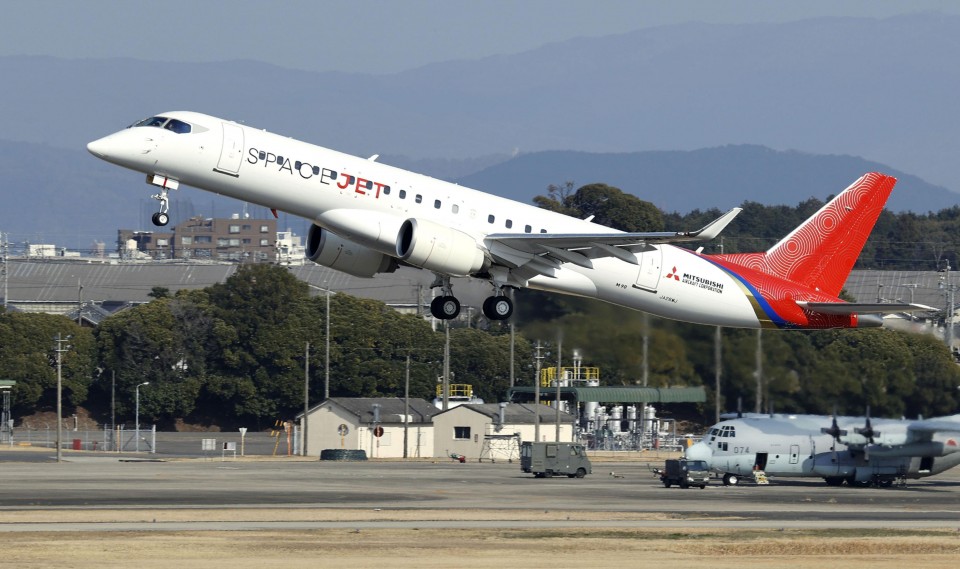 File photo taken in March 2020 shows a new prototype of Mitsubishi Aircraft Corp.'s SpaceJet passenger jet at Nagoya airport in Aichi Prefecture, central Japan. Mitsubishi Aircraft said June 15, 2020, that it will downsize and reshuffle the team developing Japan's first passenger jet in the face of plunging air travel demand due to the new coronavirus pandemic, in a move that could further delay the aircraft's launch. (Kyodo)