Gamba Osaka veteran midfielder Yasuhito Endo is set to join Jubilo Iwata in the J-League second division on loan until the end of the season, an official of the top flight Japanese club said Friday.

The 40-year-old former Japan international, whose 152 caps and 641 top-tier appearances are both records, has seen less playing time this season with 11 league games, starting in just three. 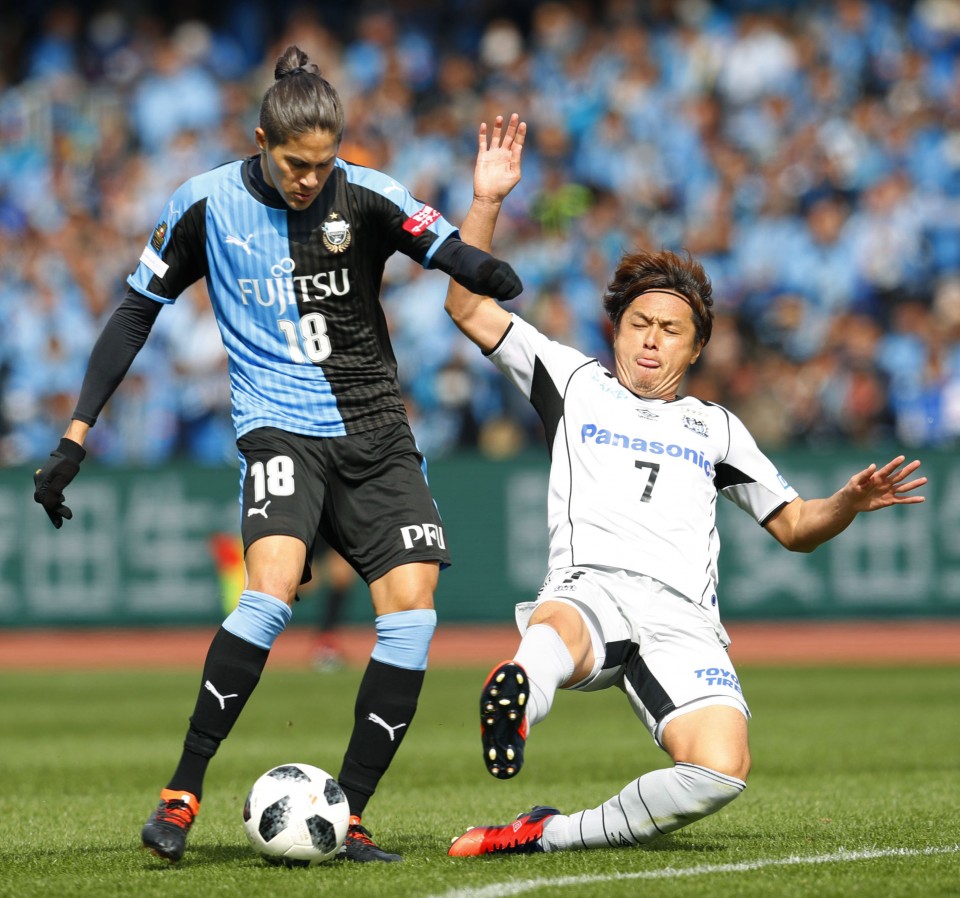 Kawasaki Frontale's Elsinho (L) is on the ball as Gamba Osaka's Yasuhito Endo slides in to tackle during Frontale's 2-0 win in a J-League first division match in Kawasaki on March 10, 2018. (Kyodo)

Endo is in the 23rd year of his professional career. After starting his career in 1998 with the now disbanded Yokohama Flugels, the Kagoshima native spent the next two years at Kyoto Sanga and joined Gamba in 2001.

Endo was named to the squad for three straight World Cups since 2006 and played an instrumental role in Japan's round-of-16 finish at the 2010 World Cup in South Africa.

Two-time champions Gamba are currently seventh in the J1 table while former powerhouse Jubilo, who won three J-League titles in 1997, 1999 and 2002, suffered relegation for the second time last season and sit 12th in J2.