The World Trade Organization is set to be led by a woman for the first time in its 25-year history, with South Korean trade minister Yoo Myung Hee and former Nigerian finance minister Ngozi Okonjo-Iweala as the two finalists for the top post.

The 164-member WTO narrowed the candidate field from five to two on Thursday in the second round of the process to succeed Roberto Azevedo as director general. 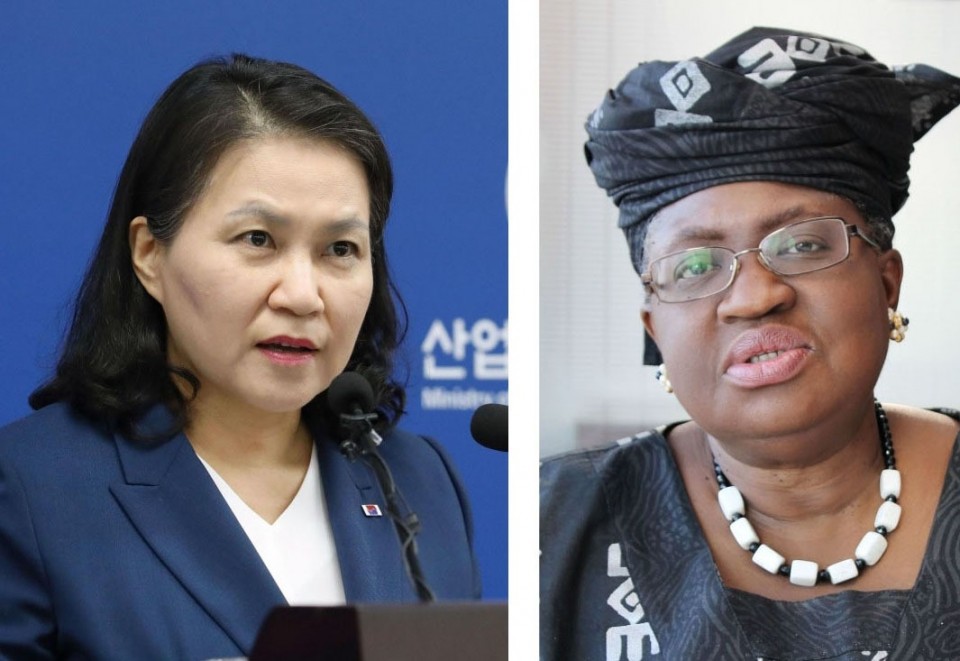 The winner will be decided by consensus after the third and final round of the selection process scheduled to take place from Oct. 19 to 27, according to the Geneva-based global trade watchdog.

If Yoo were to be elected, she would be the second Asian to lead the WTO after Supachai Panitchpakdi, a former Thai deputy prime minister who served as director general from 2002 to 2005.

The process comes at a tough time for the WTO amid an escalating trade war between the United States and China.

U.S. President Donald Trump has suggested Washington should leave the body, arguing it has failed to hold Beijing to account for breaches of global trade rules.

Azevedo, a Brazilian, stepped down in August, a year before his second four-year term expires.

A trade expert, Yoo has spent her 25-year career at South Korea's trade and foreign ministries before becoming the country's first female trade minister in 2019.

Okonjo-Iweala was the longest-serving finance minister in Nigeria and the first woman to hold that position. In her 25-year career at the World Bank, she rose to the No. 2 position of managing director of operations.

WTO panel rules against most U.S. tariffs against China