Railway stations in Tokyo and airports across Japan were crowded Saturday on the first weekend since travel to and from the capital was included in a government subsidy program.

Taking advantage of the "Go To Travel" campaign aimed at reviving domestic tourism and consumption battered by the coronavirus pandemic, Tokyoites headed to popular destinations such as Hokkaido and Okinawa at opposite ends of the country.

Tokyo was excluded from the subsidy program when it started in July due to a spike in the number of coronavirus infections at the time, but was added to it on Thursday. 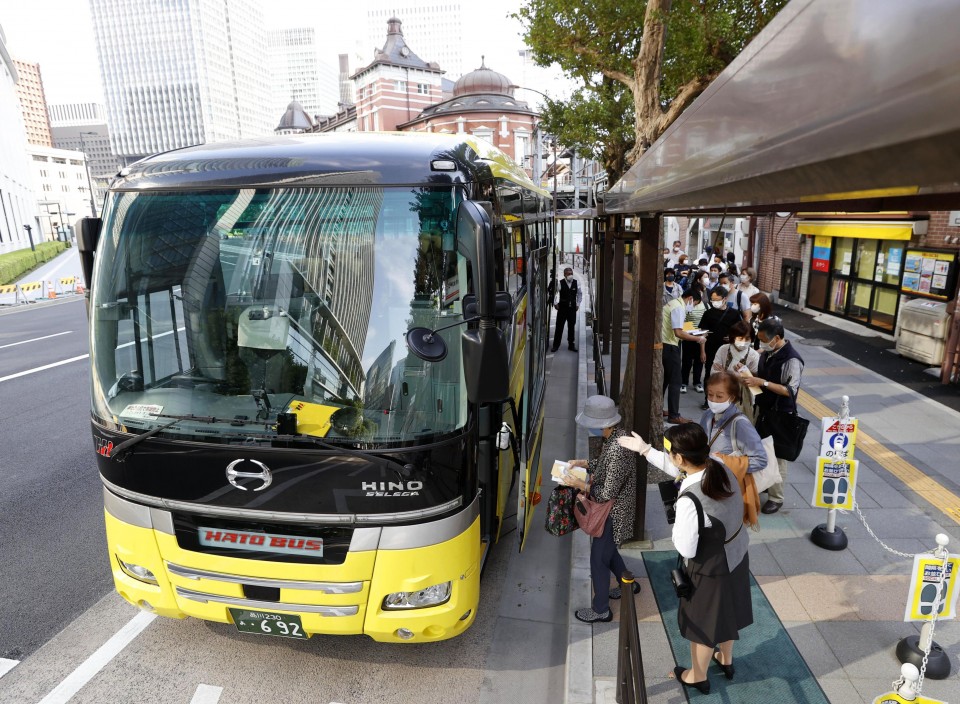 Misako Yoshimura, 57, from Tokyo's Nerima Ward, arrived with her husband on the northernmost main island Hokkaido to play golf.

"We want to relax and enjoy ourselves, while still being careful about infection," she said, adding that the campaign had covered about 50 percent of their travel costs.

Flights from Tokyo to Naha Airport in Okinawa were busy. A 27-year-old man arriving from the capital on a two-day trip said he appreciated the chance to travel more cheaply and was looking forward to his stay. "I want to unwind," he said.

Travelers also headed out of Tokyo to other prefectures or took advantage of the subsidy to go on sightseeing tours within the capital.

"It's the first time I've left Tokyo since the virus was at its height," said Nobuyuki Hosoi, 46, who was leaving for Shizuoka Prefecture with two other family members from JR Tokyo Station. "I want to use the money the campaign is saving us on our trip."

The number of people at many of the country's major train stations, shopping areas and entertainment districts increased on Saturday, with over half of 95 places surveyed getting more crowded, according to a mobile communication carrier NTT Docomo.

However, there are concerns over a potential resurgence of the novel coronavirus as large numbers of people travel out of Tokyo, the country's hardest-hit city with a population of about 14 million.

The spread of the virus started slowing in Tokyo in mid-August after the daily count had peaked at over 400 cases earlier that month.

But the declining trend bottomed out in mid-September, with the tally staying around 200 recently. On Saturday, Tokyo confirmed 207 new infections.

"Although I know the economy has to be restored, I feel worried if people start traveling more," said a woman in her 30s, who was going to Aichi Prefecture from the station. "I think it's difficult to strike a balance between the pros and cons."