Thailand on Thursday lifted a state of emergency that had been imposed on the capital Bangkok since last week to quell anti-government protests but failed to do so.

Prime Minister Prayut Chan-o-cha had earlier said he was prepared to lift the decree as a show of good faith and provided there was no more violence. 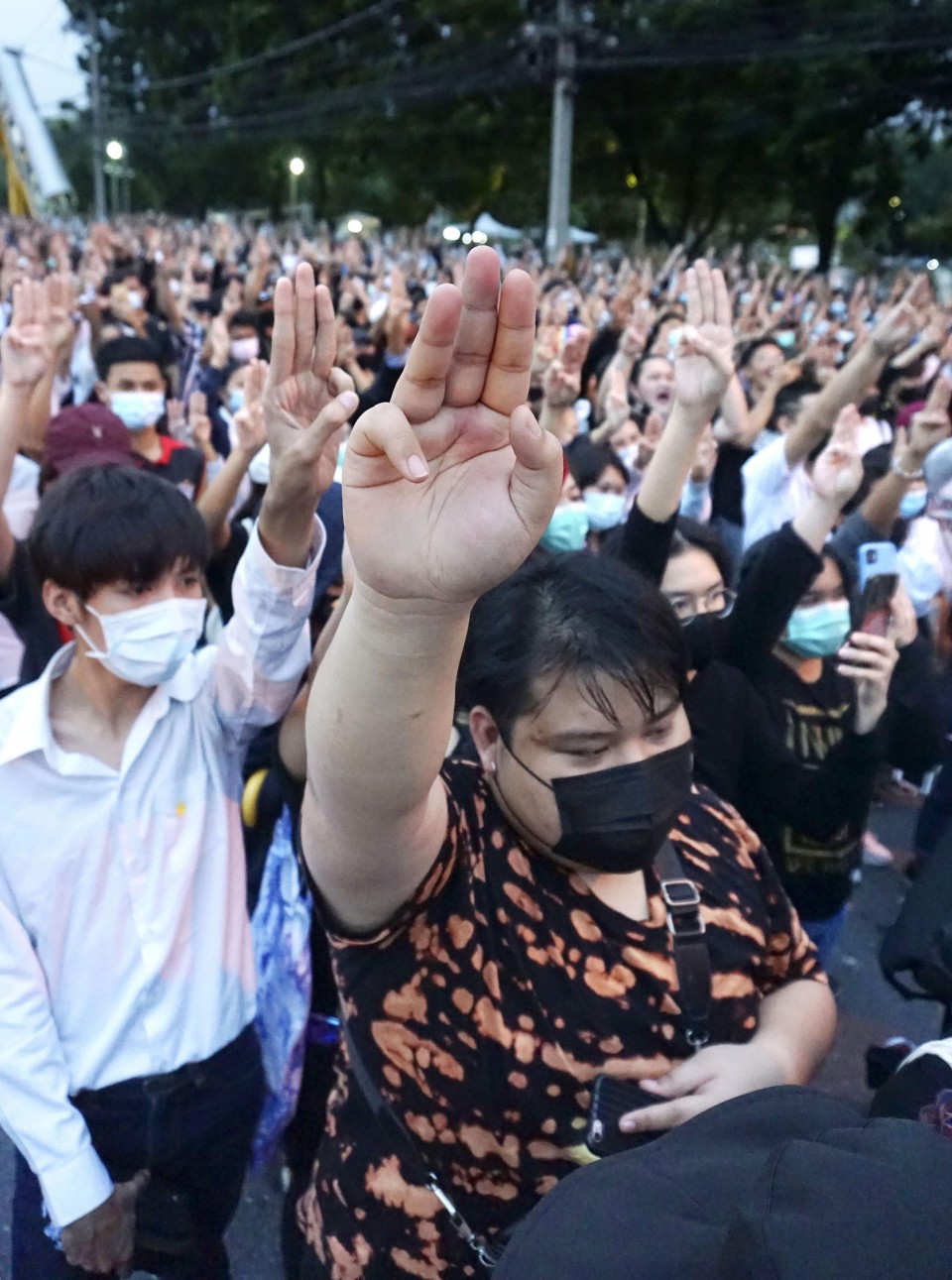 Anti-government protesters raise a three-finger salute that has become the symbol of resistance at a rally in Bangkok on Oct. 19, 2020. (Kyodo)

But protesters on Wednesday night gave the prime minister three days to resign or they would return to the streets. It is unclear whether the lifting of the decree would help end the student-led pro-democracy demonstrations.

The "violent situation" that led to the announcement of the emergency decree "has eased and ended," a statement published in the official Royal Gazette said.

On Wednesday night, Prayut urged protesters to seek solutions for their grievances through parliamentary channels and to be patient while the process plays out.

Besides Prayut's resignation, protesters were demanding an end to the state of emergency and the release of protest leaders who were arrested following a mass protest last week.

The emergency decree banned gatherings of more than four people and restricted media coverage. It was imposed on Oct. 15 as a sweeping pro-democracy movement enveloped the capital and elsewhere in the country.

Despite the ban, protesters continued to gather, calling for new elections, a new constitution and reform of the kingdom's historically unassailable monarchy.

While the emergency decree was revoked, the government still has in place a state of emergency declared for the entire nation to respond to the coronavirus pandemic.

The Cabinet is set to consider next Tuesday whether to extend it for another month until the end of November. This state of emergency, which does not bar demonstrations, has been in place since mid-April.

The government's Centre for COVID-19 Situation Administration maintains that the decree is necessary to tackle the pandemic.