China on Wednesday rejected a report that its logistics companies have moved to restrict delivery of goods related to world-famous K-pop boy band BTS, as remarks by one of the members about the Korean War have created controversy recently.

BTS has been facing backlash from Chinese social media users after the band's leader, RM, said earlier this month that South Korea has a shared "history of pain" with the United States over the 1950-1953 war, where the two nations fought together with the North. 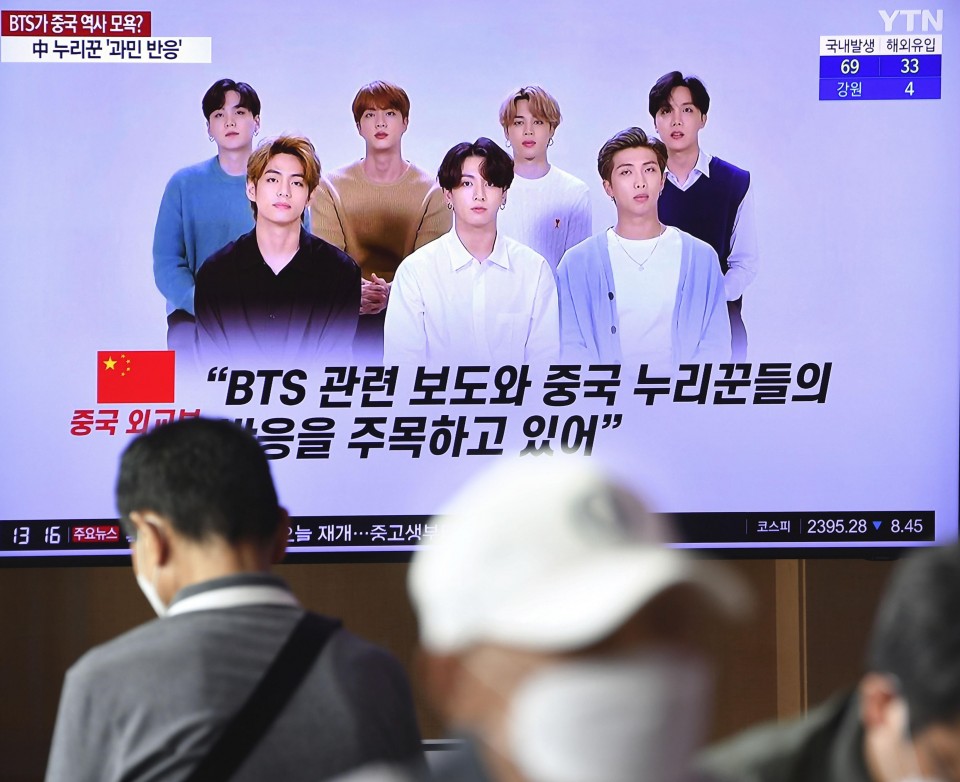 A TV screen at Seoul station shows news on South Korean pop group BTS on Oct. 13, 2020. BTS has faced backlash in China over comments a member made about the 1950-53 Korean War. (Kyodo) ==Kyodo

RM's remarks are believed to have irritated Chinese citizens, as Beijing backed North Korea in the war, which did not end with a peace treaty, but an armistice agreement signed by the U.S.-led U.N. Command, the North and China.

Chinese Foreign Ministry spokesman Zhao Lijian told reporters in Beijing, China and South Korea should "cherish peace and promote friendship" while learning from history, adding, "This should be our common pursuit."

"As for specific issues, Chinese government departments such as customs have not formulated policies" that have prevented BTS-related items from entering into China, Zhao added.

The South Korean boy band became the first K-pop act to top the Billboard album charts in 2018 and debuted at No. 1 on the Billboard Hot 100 chart with its song "Dynamite" in September 2020.

The band's online concerts over the weekend drew over 900,000 viewers in some 190 countries and regions, generating an estimated 50 billion won in ticket sales.