The Japanese government plans to make the recycling of plastic materials used at offices and factories mandatory from April 2022 at the earliest to increase the low recycling rate for plastic waste resulting from corporate activities, officials said Tuesday. 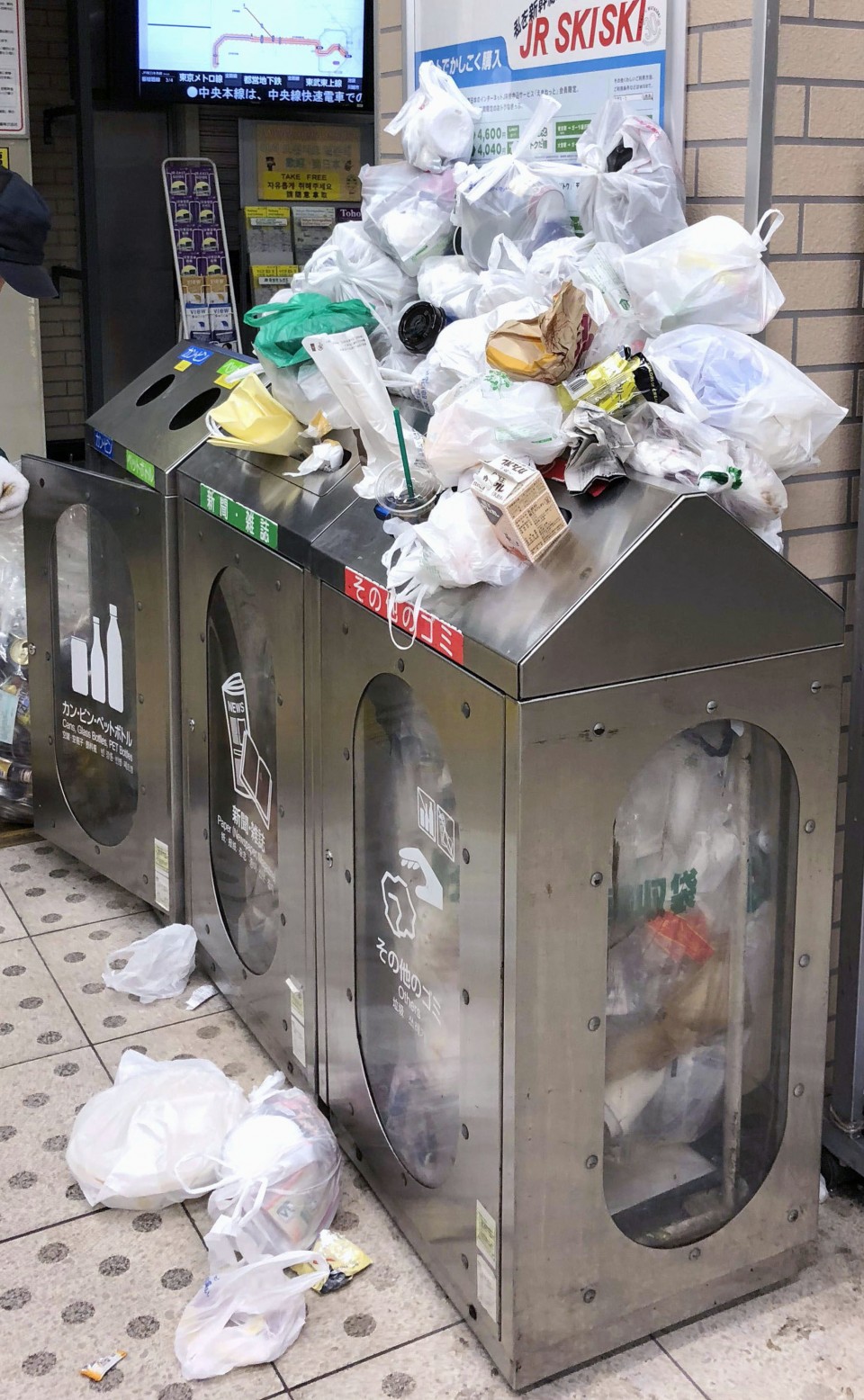 Of the 8.91 million tons of plastic waste Japan generated in 2018, 4.62 million came from the corporate sector, and most of it was incinerated. The government aims to submit a bill to oblige companies, excluding small firms, to recycle their plastic waste in the ordinary parliament session next year, they said.

An expert panel endorsed the proposal by the Ministry of Economy, Trade and Industry and the Environment Ministry on Tuesday.

Under the plan, large waste generators will be required to separate plastics from other trash and hand it over to a recycling company. Even though small firms will be exempted from the obligation, they will be asked to step up recycling efforts.

The government has already decided earlier this year to fully recycle about 4.29 million tons a year of plastic waste generated by households. Some municipalities still do not have a system to collect plastic packaging waste, such as food trays and bottles, while items like toys and stationery are mostly incinerated or dumped at landfills.

The ministries also proposed at the panel meeting to oblige retailers and eateries to reduce the use of disposable plastics such as straws and spoons, urging them to ask customers beforehand if they want to use such plastics and to increase the use of bioplastics.

The government is promoting reduced use and recycling of plastics for resource conservation and pollution control, aiming to cut disposable plastics waste by 25 percent by 2030.

Over 8 million tons of plastic waste is estimated to flow into the oceans every year, causing microplastics pollution, in which tiny pieces of degraded plastics absorb harmful chemicals and accumulate inside fish, birds and other animals as they make their way up the food chain.

ASEAN leaders to vow at summit to tackle marine debris