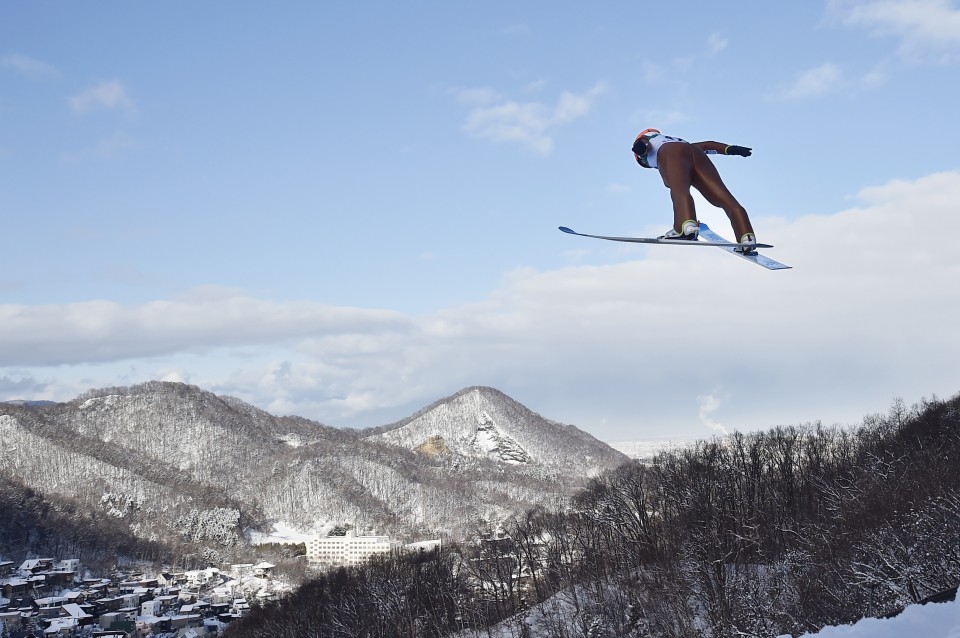 Japan's Sara Takanashi soars through the air on her first-round jump at a women's ski jumping World Cup event in Sapporo on Jan. 14, 2018. (Kyodo) ==Kyodo

The women's ski jumping World Cup event scheduled for January 2021 at Japan's Zao resort has been canceled because of logistical, health and safety challenges created by the coronavirus pandemic, organizers said Saturday.

The organizers of the International Ski Federation-sanctioned event, which was set for Jan. 15-17, said it would be difficult to solve practical problems such as travel and accommodation support for athletes and officials from overseas, as well as infection control.

The World Cup competition in Zao, a famous hot spring and ski resort in northeastern Japan's Yamagata Prefecture, has been held annually since the 2011-2012 season, when FIS launched its first edition of the women's World Cup.

Sara Takanashi, who claimed bronze for Japan at the Pyeongchang Winter Games in 2018, was expected to compete in this season's meet, which has attracted around 40 athletes from abroad in recent years.