Wild deer at Nara Park in western Japan, a major tourist attraction, have often suffered from eating plastic bags discarded by visitors, but local companies have now succeeded in developing paper bags that the animals can digest.

The deer-friendly bags use paper made with rice bran, and hence poses fewer health risks if they are eaten, according to one of the three developers. 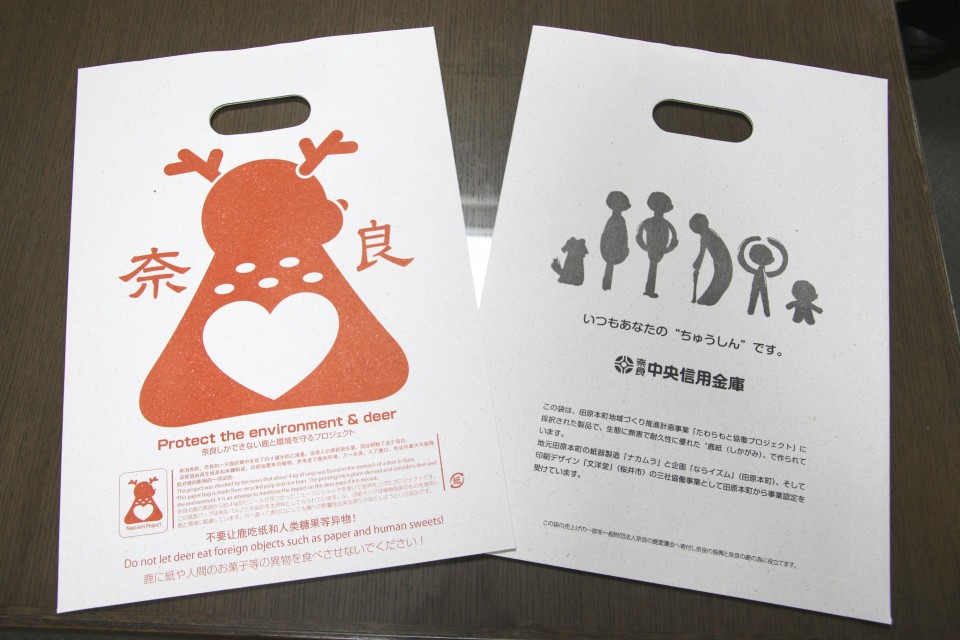 "We made the paper with the deer in mind," said Hidetoshi Matsukawa, president of one of the developers called Naraism. "Tourism in Nara is supported by deer and we will protect them, and also promote the bags as a brand for the Nara economy."

Plastic bags discarded by visitors are a threat to the deer dwelling in and around the vast park. Last year, masses of tangled up plastic litter and packets were retrieved from the stomachs of several dead deer.

More than 1,000 deer roam in the park and visitors are allowed to feed them with digestive and sugar-free deer crackers, or "shika sembei."

The crackers are sold in nearby shops and do not use plastic wrapping. But some tourists are apparently giving them other snacks taken from plastic bags.

The digestible bags are made of rice bran -- an ingredient in the deer crackers -- and pulp recycled from milk packages. They are more easily dissolved in water while being less durable than normal paper, according to the firm, based in the town of Tawaramoto, Nara Prefecture. 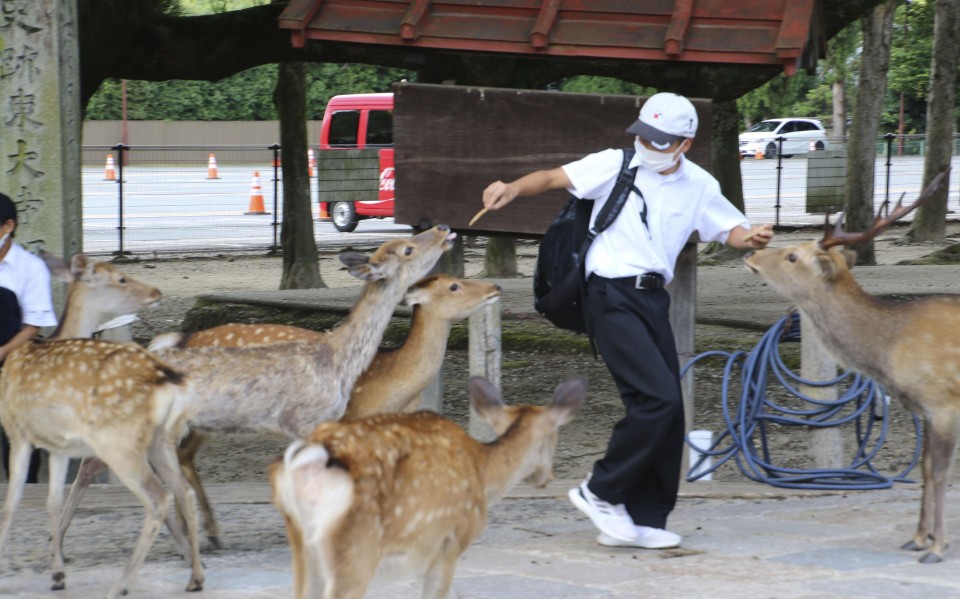 As the new paper is designed to be as safe as possible for the deer, developing the product involved some problems, such as dealing with the powdery uncoated surface of the paper which had caused printing machines to clog up, Matsukawa, 43, said.

Nara Chuo Shinkin Bank, a cooperative financial institution based also in the town, about a 30-minute drive from the park in the city of Nara, purchased 3,000 of the deer-friendly bags to support the local companies' efforts, its executive Teruo Nakata said.

The bank has been giving the bags to its clients to help them carry documents and they have become a much-talked-about item in the area, the 63-year-old said.