Bangladesh makes rape punishable by death after spate of incidents

Bangladesh on Tuesday made rape punishable by death, amid countrywide protests against growing incidents of rape and other violence against women and girls.

An ordinance issued by President Abdul Hamid amends a provision of the Prevention of Women and Children Repression Act 2000 that stipulated a maximum sentence of life imprisonment for rape. 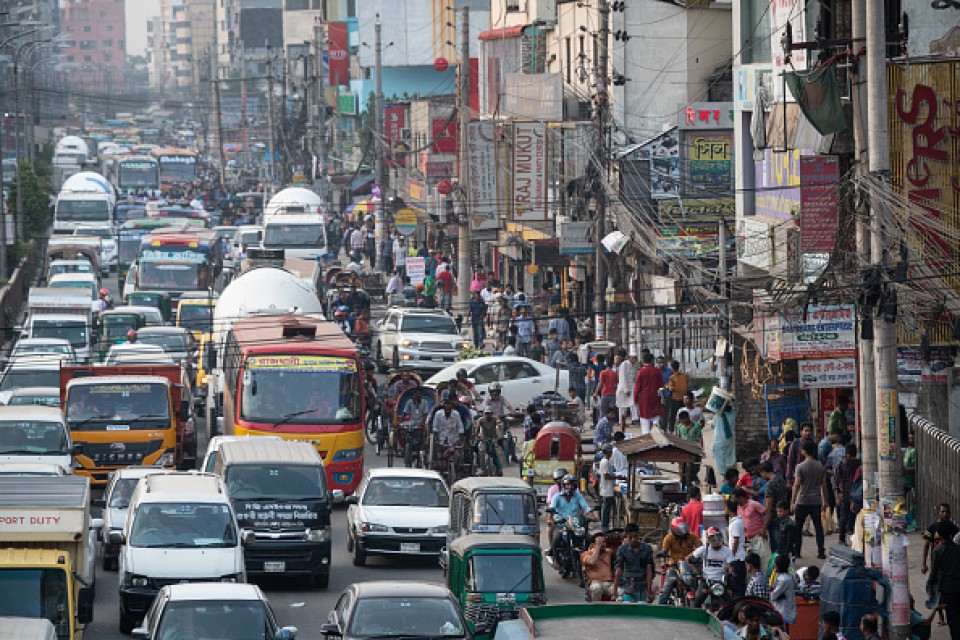 On 30 May 2019, Bengali people walk and ride rickshaws in crowded streets, markets and urban shopping areas in Dhaka, the capital city of Bangladesh, where chronic traffic and congestion make daily commutes and routine life difficult as city residents await the opening of the Dhaka metro system. (NurPhoto/Getty/Kyodo)

The move came following a spate of rape incidents and after a recent video clip showing a group of men stripping and severely beating a woman in the open went viral.

People from all walks of life have hit the streets, demanding an end to violence against women and capital punishment to curb rape.

According to the local human rights organization Ain-o-Salish Kendra, between January and September 2020, at least 975 rape cases were reported in Bangladesh, including 208 gang-rapes. Of them, 43 were reportedly murdered after rape and 12 victims died by suicide afterward.

On Saturday, Feminists Across Generations, a feminist alliance, held a rally in Dhaka urging the government to declare a "national emergency" and demanding an end of "rape culture" in Bangladesh.

The government's introduction of the death penalty as a punishment for rape was condemned later Tuesday by Amnesty International as a "regressive step."

"Executions perpetuate violence, they don't prevent it. Instead of seeking vengeance, the authorities must focus on ensuring justice for the victims of sexual violence including through delivering the long-term changes that would stop this epidemic of violence and prevent it from recurring," the group's South Asia Researcher, Sultan Mohammed Zakaria, was quoted as saying in a statement.

"Perpetrators must be prosecuted and held accountable and the impunity for these horrific crimes must come to an end -- but through fair proceedings and without resort to the death penalty," he said.