A visit by International Olympic Committee President Thomas Bach to Japan to meet new Prime Minister Yoshihide Suga is being arranged for mid-November, sources close to the matter said Friday.

Late last month, Bach and Suga spoke by telephone to discuss what needs to be done to hold a successful Tokyo Games after the one-year postponement in response to the coronavirus outbreak. 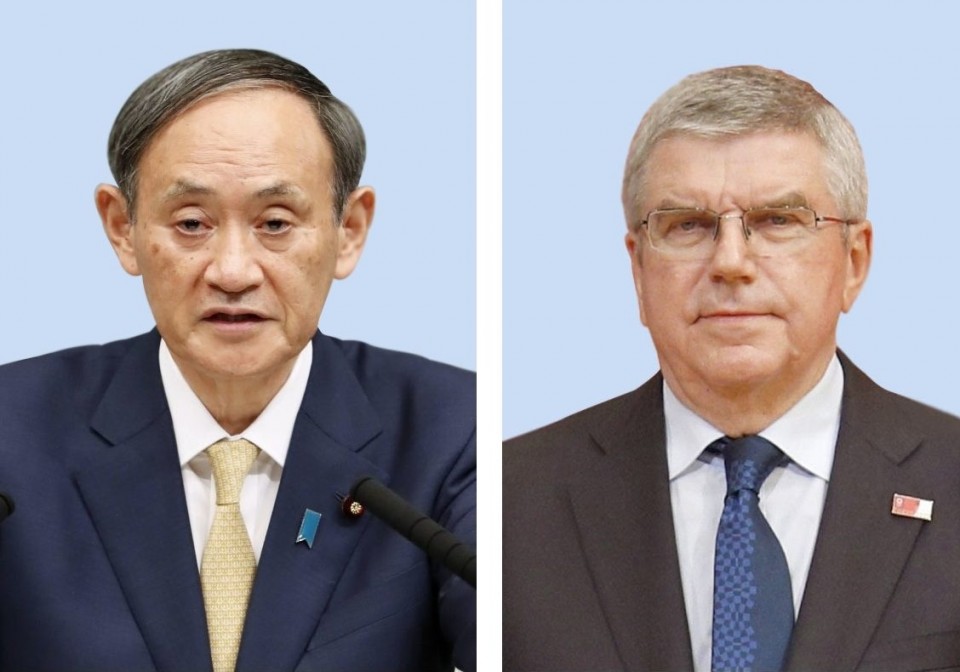 Bach is also expected to spend time with Yoshiro Mori, president of the Tokyo Games' organizing committee, while in Japan with sources floating Nov. 16 or 17 as possible dates for their meeting.

The German's visit to Japan scheduled for May was canceled due to coronavirus-related travel restrictions. He had also scheduled a visit to Hiroshima on the same trip to coincide with the Olympic torch relay leg in the city.

The Olympic torch relay was due to start on March 26 but was suspended following the official decision to postpone the Summer Games.

In his first international address at the U.N. General Assembly, approximately a week after becoming prime minister, Suga said Japan is "determined" to host the Olympics next summer.