U.S. Democratic presidential nominee Joe Biden on Thursday stepped up his attack on President Donald Trump over his "America First" foreign policy and handling of the coronavirus pandemic, as the two candidates took part in separate simultaneously televised town hall events instead of a face-to-face debate. 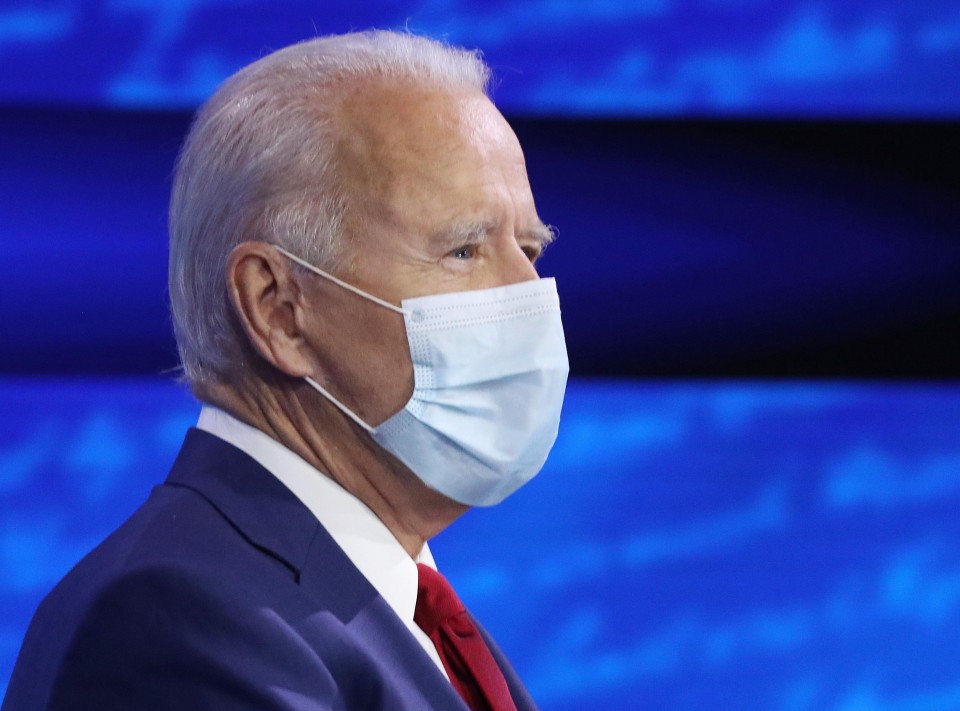 With only weeks left before the Nov. 3 election, Biden's lead over the Republican president in national polls has widened following their chaotic first debate in late September and Trump's announcement earlier this month that he had tested positive for the novel coronavirus.

Trump's COVID-19 diagnosis led the sponsor of the presidential debates to switch the second event, originally scheduled for Thursday, to a virtual format. But it was canceled because Trump, who was recovering from the illness, insisted on a face-off debate, and the two ended up appearing in the separate events televised on different channels.

In a town hall event in Pennsylvania, a key battleground state, Biden was asked by a voter whether the president deserves any credit for his foreign policy, given the recent U.S.-brokered deals that led to the normalization of ties between Israel and two Arab countries.

The 77-year-old former vice president said he does "compliment" Trump on the deals involving Israel, Bahrain and the United Arab Emirates, which are seen as a possible step toward a more stable Middle East. But he criticized the overall diplomacy of the businessman-turned-president.

"We find ourselves in a position where we're more isolated in the world than we've ever been. Our allies are 'go it alone.' America First has made America alone," he said.

"You have Iran closer to having enough nuclear material to build a bomb. North Korea has more bombs and missiles available to it...You have Japan and South Korea at odds...China is making moves," Biden said, adding, "We find ourselves less secure than we've been."

The Trump administration has withdrawn the United States from a series of international agreements and commitments, including a 2015 multilateral deal that exchanged sanctions relief for limits on Iran's nuclear program.

Trump returns to campaign trail a week after leaving hospital

Trump has also engaged in unprecedented summit diplomacy with North Korean leader Kim Jong Un, although the talks aimed at ridding Pyongyang of its nuclear weapons have reached a stalemate.

Biden also accused Trump of failing to take appropriate actions to contain the pandemic in the United States despite, according to audio recordings of interviews recently published by media, having been aware in February how dangerous the virus was.

Trump, appearing in an event that took place in Florida, another battleground state, was grilled over the developments that led to his COVID-19 diagnosis and an outbreak in the White House.

"Hey, I'm president. I have to see people. I can't be in a basement. I can't be in a room...I have to be out," the 74-year-old said, defending himself for catching the virus and implicitly criticizing Biden for having largely relied on online campaigning amid the pandemic.

After stirring controversy in his previous debate for failing to condemn white supremacy outright, Trump this time said that he did "denounce" it.

But when asked about QAnon, a pro-Trump internet conspiracy theory that is garnering attention, the president repeatedly said that he knows "nothing" about it other than they are "very much against pedophilia."

QAnon supporters are known to believe that Democrats are a satanic pedophile ring and that Trump is a savior who is fighting evil.

The final debate between Trump and Biden is slated for Oct. 22.

In the latest sign of the continuing spread of the virus in the United States, a total of three individuals involved in the campaign of Biden and his running mate Sen. Kamala Harris were found to have tested positive for the highly contagious virus.

The three, including communications director to Harris, were not in close contact with Biden nor Harris, but the campaign said Thursday it has decided to put the 55-year-old senator's campaign travel on hold through Sunday "out of an abundance of caution."