Princess Mako, a niece of Emperor Naruhito and the eldest daughter of Crown Prince Fumihito, turned 29 on Friday, marking her birthday at a time when public attention focuses on her delayed marriage to her university boyfriend Kei Komuro.

A date for her marriage to Komuro, who is currently studying at a New York law school, has yet to be set after it was postponed from 2018. Amid the novel coronavirus pandemic, the princess has been spending more time at her residence as the family reduces its official engagements in light of the situation. 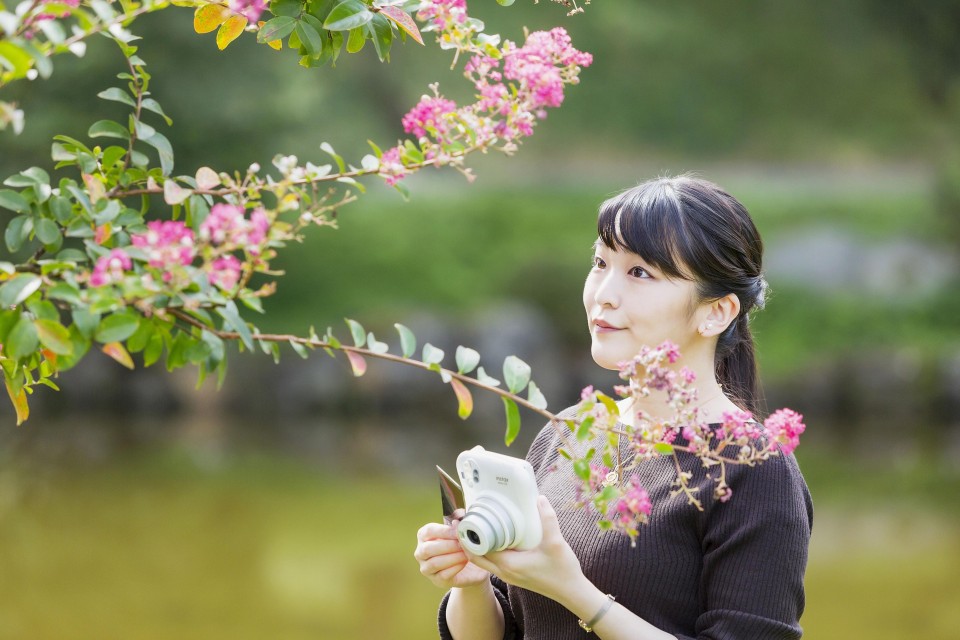 A snap shot of Princess Mako taken on Oct. 6, 2020 in Akasaka Estate in Tokyo (Photo courtesy of the Imperial Household Agency)(Kyodo)

She has so far participated in 30 online lectures with numerous experts on a range of topics concerning the coronavirus. She read provided materials in advance and put questions to the lecturers.

Last month, she engaged in official duties outside the Imperial Palace for the first time in about eight months, visiting an exhibit of Japanese traditional crafts at the Nihombashi Mitsukoshi department store in central Tokyo.

As for her wedding plans, the princess and Komuro, who is currently studying at a New York law school, have yet to make an official announcement. Their planned engagement was announced in September 2017 with their wedding originally scheduled for Nov. 4, 2018.

However, the event was postponed until 2020, following a string of reports that Komuro's mother was involved in a financial dispute with her former fiance over money, including her son's educational expenses, which the man shouldered.

Asked whether an update on the princess' wedding plans would be released this year, Takaharu Kachi, an aide to the crown prince and his family at the Imperial Household Agency, said "We're not sure at this stage."

"The pandemic has had a significant impact and the situation has changed from when they first announced the postponement" of the wedding, he said.

The princess has also created hospital gowns from plastic bags to make up for the shortage during the pandemic, and took a walk in the Akasaka Estate with younger sister Princess Kako.

Princess Mako, who serves as honorary patron of the Japan Tennis Association, watched broadcast matches of the U.S. Open at her residence and was impressed by the victory of Naomi Osaka in the women's singles, according to the agency. 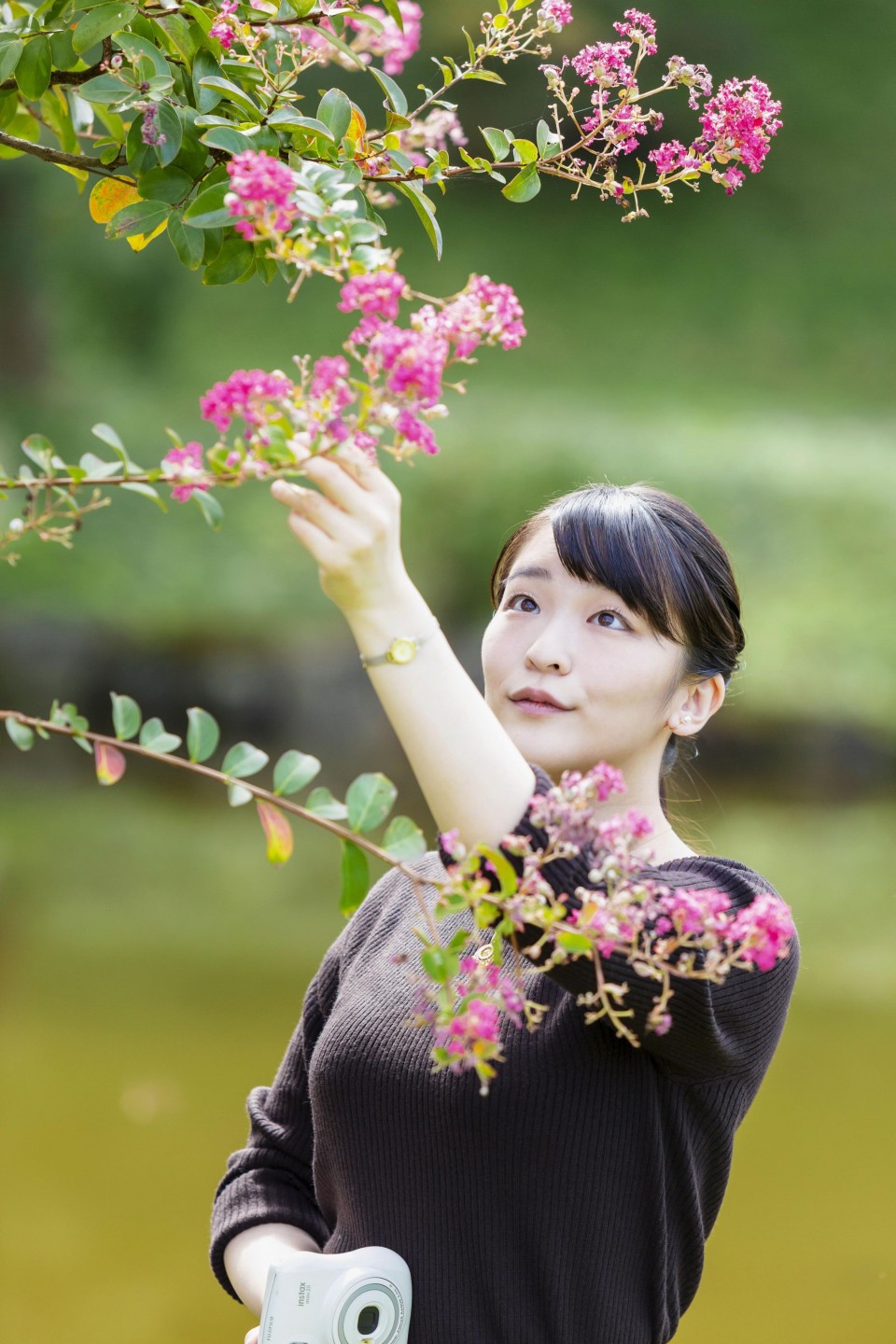 A snap shot of Princess Mako taken on Oct. 6, 2020 in Akasaka Estate in Tokyo (Photo courtesy of the Imperial Household Agency)(Kyodo)