The outline of a cave mouth on the northeastern coast of Japan is drawing attention for its remarkable resemblance to the side profile of the title character from Studio Ghibli's classic animation film "My Neighbor Totoro." 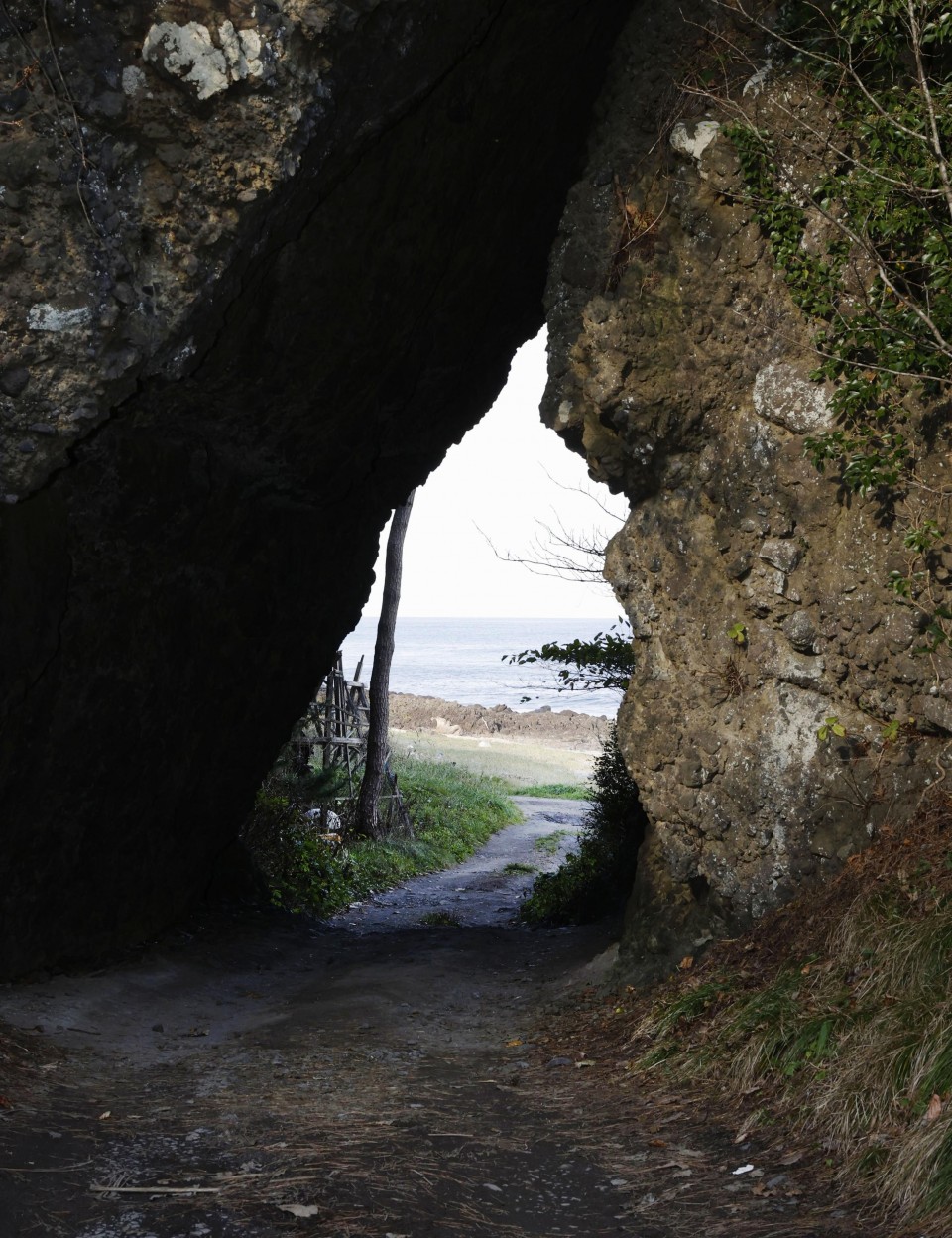 The location of the cave in the district of Tomari in Rokkasho, Aomori Prefecture, has earned the attraction the nickname "Tomari no Totoro," a pun on the original Japanese title of the 1988 film about two girls who befriend magical forest creatures.

The cave mouth, which is known locally as "Yajiro-ana," is 7 meters high and 4 meters wide. Sitting in a rock formation created by a submarine volcanic eruption, the hole was carved out by waves and can be found alongside a small residential road used by locals.

"I hope people also appreciate the beauty of the Tomari coast as interest in the Totoro rock grows," said Hiroshi Suzuki, the 63-year-old director of Rokkasho Village Museum.

The whimsical Totoro, who looks like a combination of a fat raccoon and a cat, became a cult icon after the movie premiered in Japan, and then became a world hit.

The character was created by Oscar-winning Japanese animation director Hayao Miyazaki, whose other popular films include "Spirited Away," "Princess Mononoke," and "Kiki's Delivery Service."