Liverpool's Takumi Minamino and Villarreal's Takefusa Kubo were among the 25 members named in Japan's national squad that will play in their upcoming friendlies in the Netherlands, the Japan Football Association announced Thursday.

Japan face Cameroon on Oct. 9 and the Ivory Coast on Oct. 13 at Stadion Galgenwaard in Utrecht. The Samurai Blue will be playing their first matches of the year following a string of postponements and cancelations caused by the coronavirus pandemic. 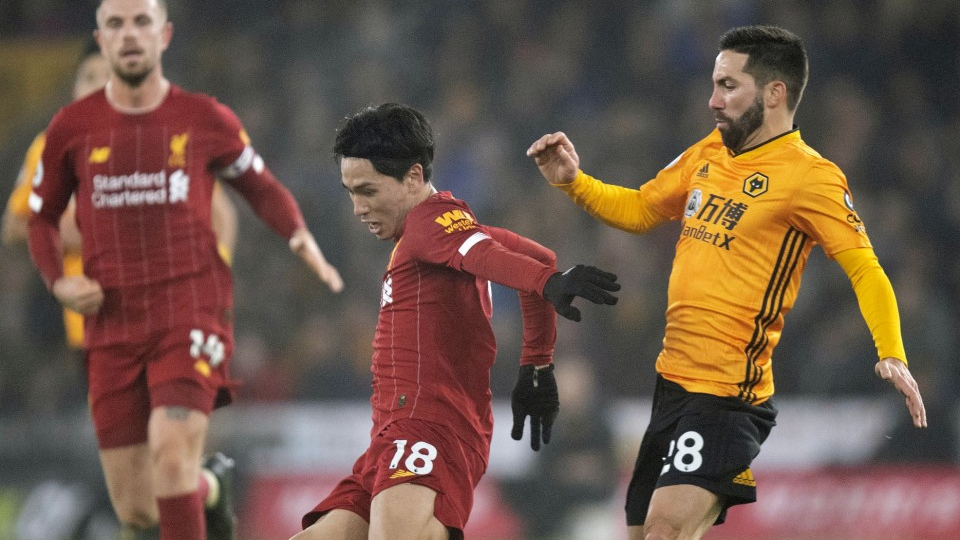 Liverpool attacker Takumi Minamino (C) makes his English Premier League debut in a 2-1 win over Wolverhampton Wanderers on Jan. 23, 2020. (For editorial use only)(Kyodo)

"We haven't been active for almost a year, so I want to reaffirm the fundamentals and unify our intentions," Japan manager Hajime Moriyasu said during an online press conference.

Minamino and Kubo headline a group of players all belonging to overseas clubs that were selected by the JFA in consideration of the isolation period required for players returning to Japan.

With Japan's top professional competition, the J-League, currently in progress following a four-month coronavirus delay, the JFA opted against calling up any domestic players who would be forced to miss several matches due to the season's condensed calendar.

According to the JFA, it will be the first time that Japan's squad has consisted of only players competing abroad.

Moriyasu said the friendlies will also provide a good training opportunity for Japan's Olympic hopefuls aiming to appear at next summer's Tokyo Games.

"I'm incorporating some young and inexperienced players to help improve their level. I want us to beat Cameroon and the Ivory Coast and get on track toward the Tokyo Olympics."

Seven of the members, including 19-year-old Kubo and 20-year-old Yukinari Sugawara, who will be making his national team debut, are considered strong candidates for Japan's Olympic squad comprised of under-24 players.

Among the veterans named, Shinji Okazaki of Spanish side Huesca was called up for the first time since appearing in the 2019 Copa America tournament in Brazil. 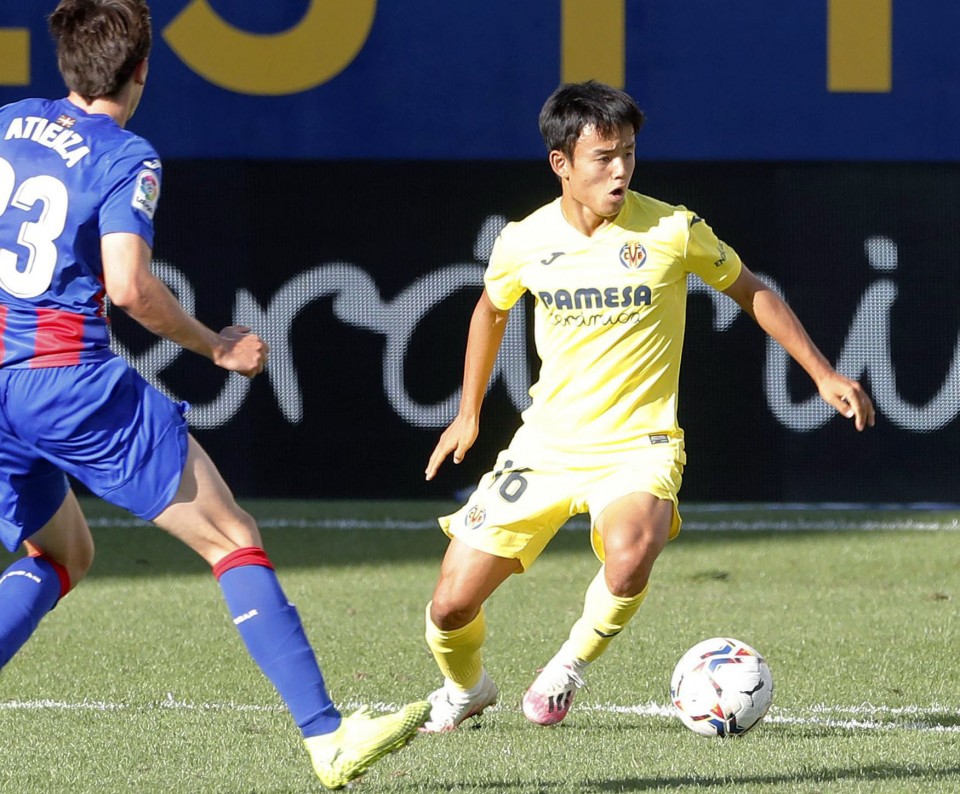 Villarreal's Takefusa Kubo (yellow) plays in the second half of a La Liga match against Eibar on Sept. 19, 2020, in Villarreal, Spain. (Kyodo)