Japan's science council which makes policy recommendations to the government sent a letter to Prime Minister Yoshihide Suga on Saturday asking him to explain his recent refusal to appoint some of the body's nominees as new members.

Since 2004, prime ministers have been naming members of the Science Council of Japan, an organization under the jurisdiction of the premier but operated independently from the state, as recommended by the council which replaces half of its members every three years. 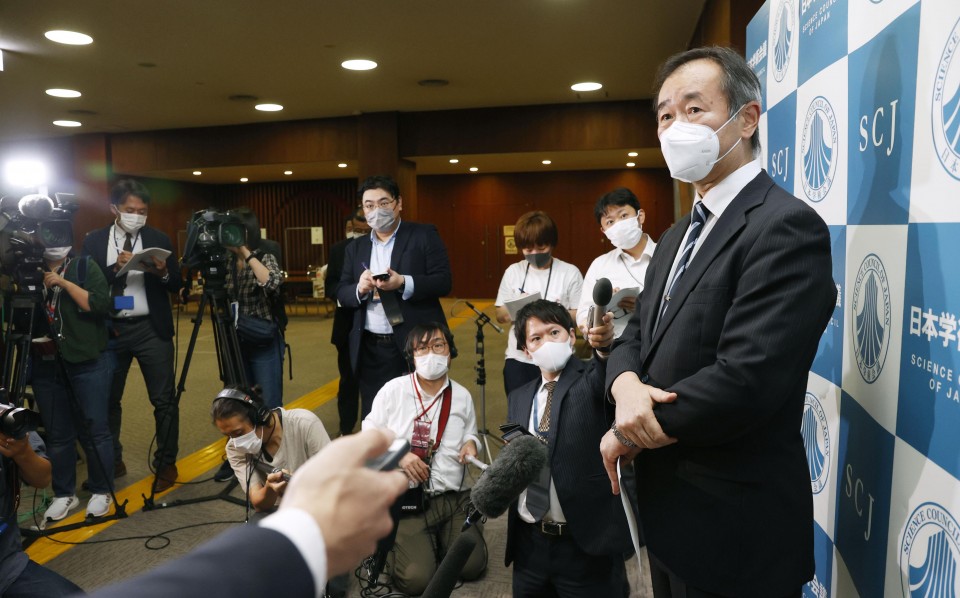 Science Council of Japan President Takaaki Kajita (R), a Nobel Prize in physics winner in 2015, speaks to reporters in Tokyo on Oct. 3, 2020, in Tokyo.

Under the current system of member appointments adopted in 2004, no candidates have been rejected.

Of 105 academics nominated by the council, Suga refused to appoint six people critical of the country's security and anti-conspiracy legislation.

The council, led by Takaaki Kajita, a 2015 Nobel Prize winner in Physics who assumed the body's top post just Thursday, also called in the letter for Suga to swiftly revise his decision and appoint the remaining six nominees.

Chief Cabinet Secretary Katsunobu Kato has said in a press conference the prime minister "is not obliged" to appoint the recommended people to the council and the government appoints new members based on its own views.

Government sources said Saturday that Suga is unlikely to change his mind about the members' appointment. One of them said the decision not to appoint the six nominees was appropriate in view of the law on the science council.

"The government would be admitting that its judgment was wrong if it reviews the decision as requested" by the council, another source close to the government said.

The council was established in January 1949 for the purpose of promoting and enhancing the field of science and has about 210 members and 2,000 associates.