Halloween celebrations in Tokyo's Shibuya district and elsewhere in Japan were subdued Saturday night with smaller crowds than in past years, as local authorities called for people to stay home and watch online events to prevent the spread of the novel coronavirus.

Viewers watched the Halloween cosplay festival in Ikebukuro, Tokyo, live via the Zoom video communications service. At the famous scramble crossing near JR Shibuya Station, special police officers, dubbed "DJ police," were mobilized to encourage people to leave, as some revelers showed off their costumes, including characters from the popular anime "Demon Slayer."

One feature of the Ikebukuro festival, the seventh of its kind this year, involves popular cosplayers giving performances via Zoom, with their images projected on a large screen on a building near JR Ikebukuro Station.

The city of Kawasaki, near Tokyo, which saw around 120,000 people come to its Halloween parade last year, streamed its costume contest on YouTube and other social media, after calling for people to submit 30 second videos of their costumed-selves.

In Osaka, people wearing costumes of ghosts and anime characters gathered in the western Japan city's Dotombori commercial district. Most, however, also wore medical-type masks as a precaution against the coronavirus. 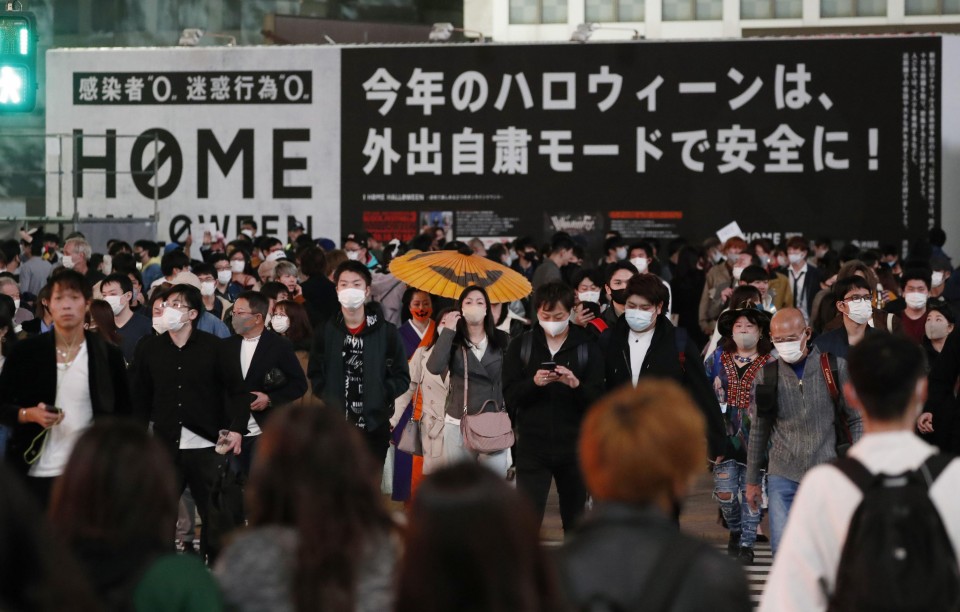 People walk in Tokyo's Shibuya area on Halloween on Oct. 31, 2020. Amid unabated coronavirus infections, the mayor of Shibuya Ward earlier told people to refrain from going there for Halloween events for which it has become known in recent years. (Kyodo) ==Kyodo 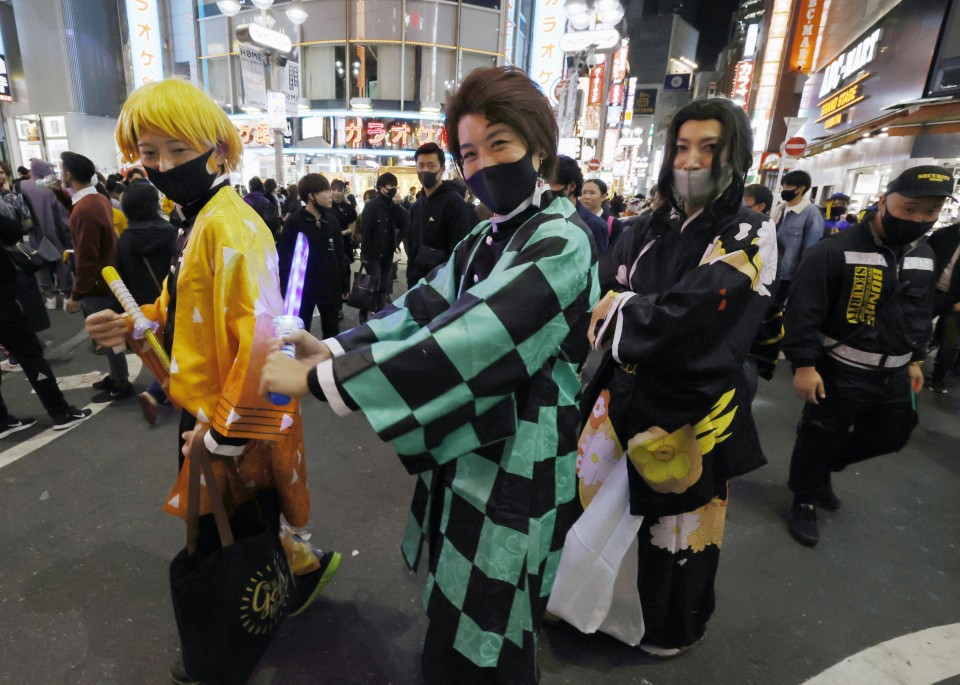 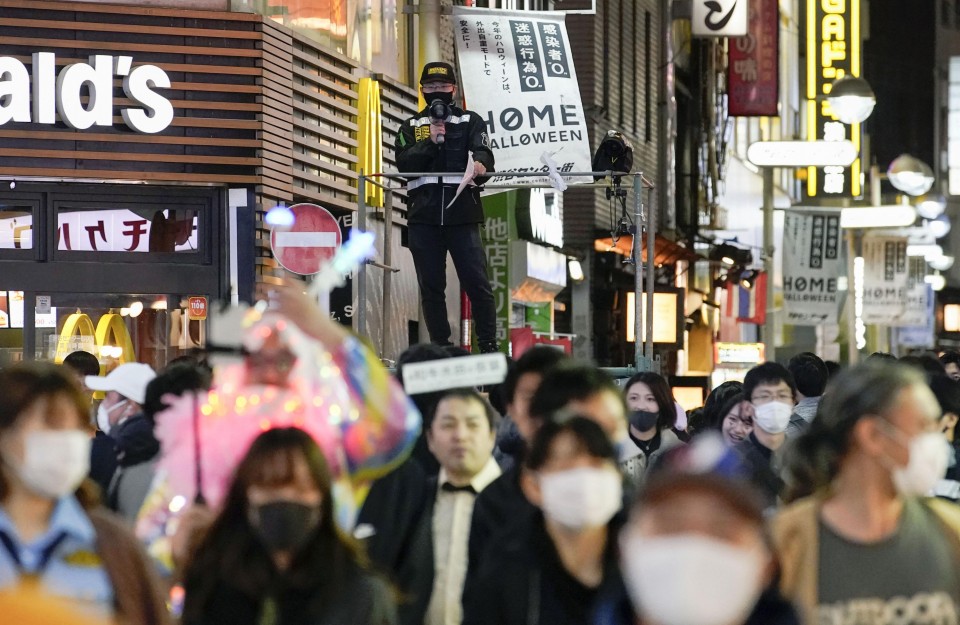 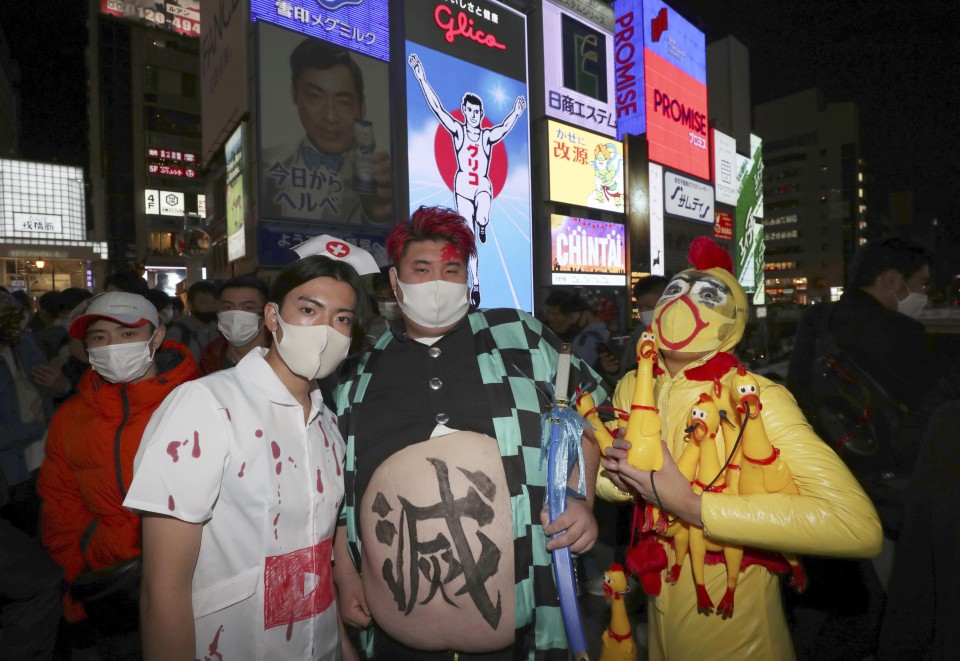 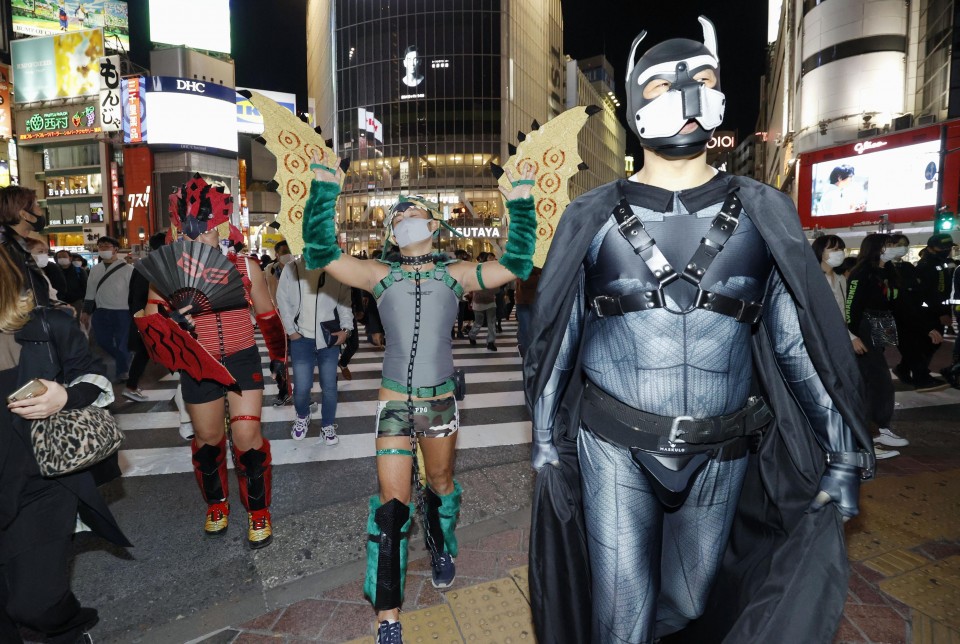 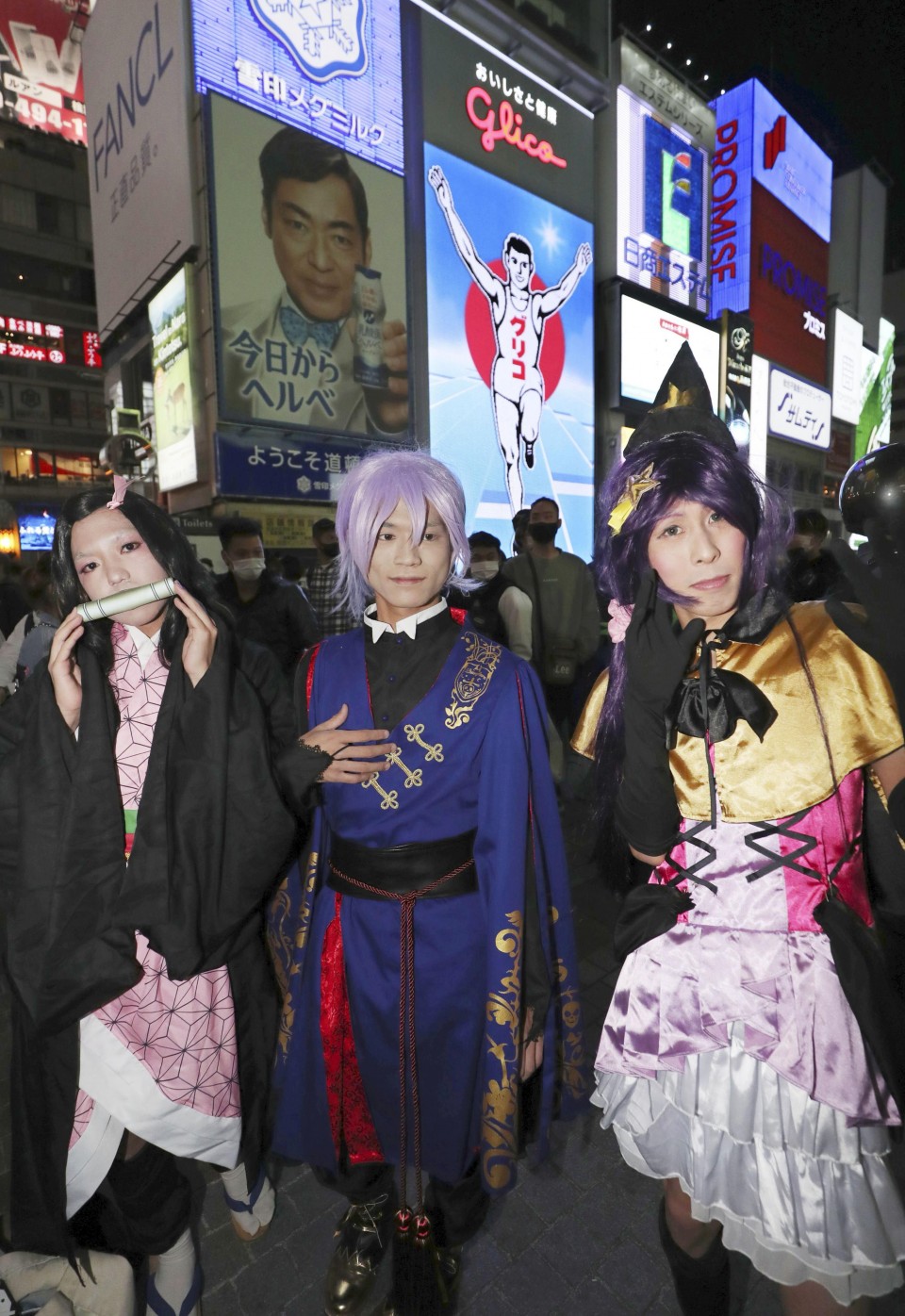 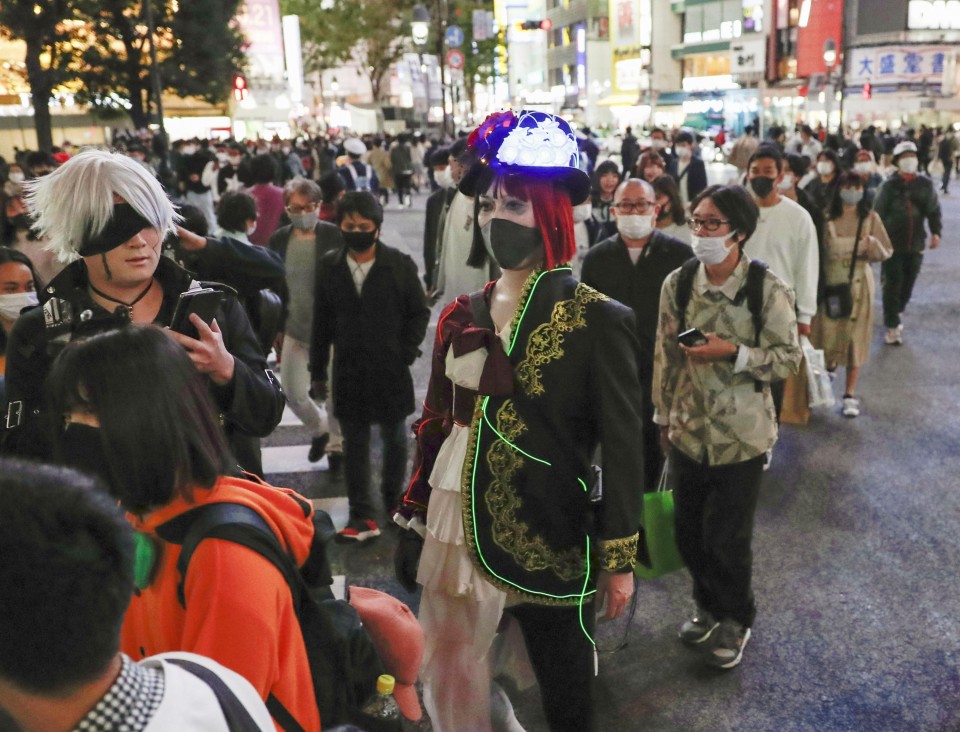