Prime Minister Yoshihide Suga remained tight-lipped on Friday about his reasons for blocking some scholars from sitting on the Science Council of Japan, even as the head of the government advisory body handed in a written request asking for a clear explanation.

Takaaki Kajita said they discussed "the role of the council going forward" during a 15-minute meeting, but Suga did not provide an explanation for the decision he made last month that has drawn a backlash from the scientific community and opposition parties.

Of the 105 scholars recommended as new members by the council, Suga did not name six that have been critical of security and anti-conspiracy legislation enacted under his predecessor Shinzo Abe. His administration has neither confirmed nor denied any correlation between the rejection and their political views. 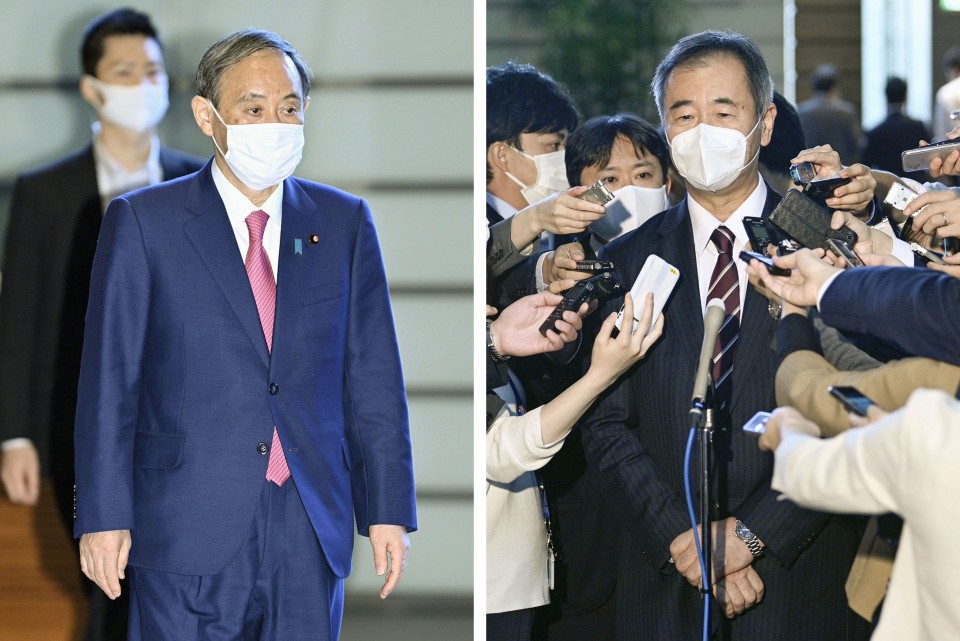 Combined photo shows Japanese Prime Minister Yoshihide Suga (L) and Takaaki Kajita, president of the Science Council of Japan, in Tokyo on Oct. 16, 2020. The two met the same day over Suga's decision to block six scholars, who have been critical of security and anti-conspiracy legislation enacted under Suga's predecessor Shinzo Abe, from joining the advisory body to the government. (Kyodo)

"I reiterated that as an organization that uses part of the state budget, the council needs to earn the understanding of the public," Suga told reporters after the meeting at his office.

The council is under the jurisdiction of the prime minister but works independently to make policy recommendations on behalf of the scientific community. It rotates out half of its 210 members every three years.

Many scholars have criticized Suga's decision as an attack on academic freedom, with the council adopting the resolution urging the prime minister to provide an explanation.

Kajita, a Nobel physics laureate and professor at the University of Tokyo, told reporters he had submitted the resolution to Suga but they did not discuss its content in depth.

"We talked from a future-oriented standpoint about how the council can contribute to society at large and the government based on science," Kajita said.

Suga said he and Kajita were in agreement on this point, and that his administration will go forward with a review of the council's role spearheaded by science and technology minister Shinji Inoue.

The rejected scholars are Ryuichi Ozawa of Jikei University School of Medicine, Shigeki Uno and Yoko Kato of the University of Tokyo, Sadamichi Ashina of Kyoto University, Takaaki Matsumiya of Ritsumeikan University, and Masanori Okada of Waseda University.

Suga, who took office on Sept. 16, has maintained that he merely exercised his legal right to name the council's members.

His administration and the ruling Liberal Democratic Party have sought to shift the issue to whether the 1 billion yen ($9.5 million) that goes into running the council is a good use of taxpayers' money.

Opposition parties are expected to press the administration on the refusal to appoint the scholars during the upcoming extraordinary Diet session, demanding that Kazuhiro Sugita, a top Suga aide believed to have been involved in the decision, appear for questioning.