Asa Ishikami has seen much change in her 85 years of life, and now she is witnessing the future of travel come to her remote northeastern Japan mountain village.

Having watched her village's population steadily decline over the years, the bus traversing Ishikami's local route was becoming increasingly empty, so when a semi-autonomous, golf buggy-like replacement arrived, it seemed to breathe life into the local community.

"It's really convenient for me as I live alone and have no other means to travel distances that are a little far (for me)," Ishikami said with a smile. 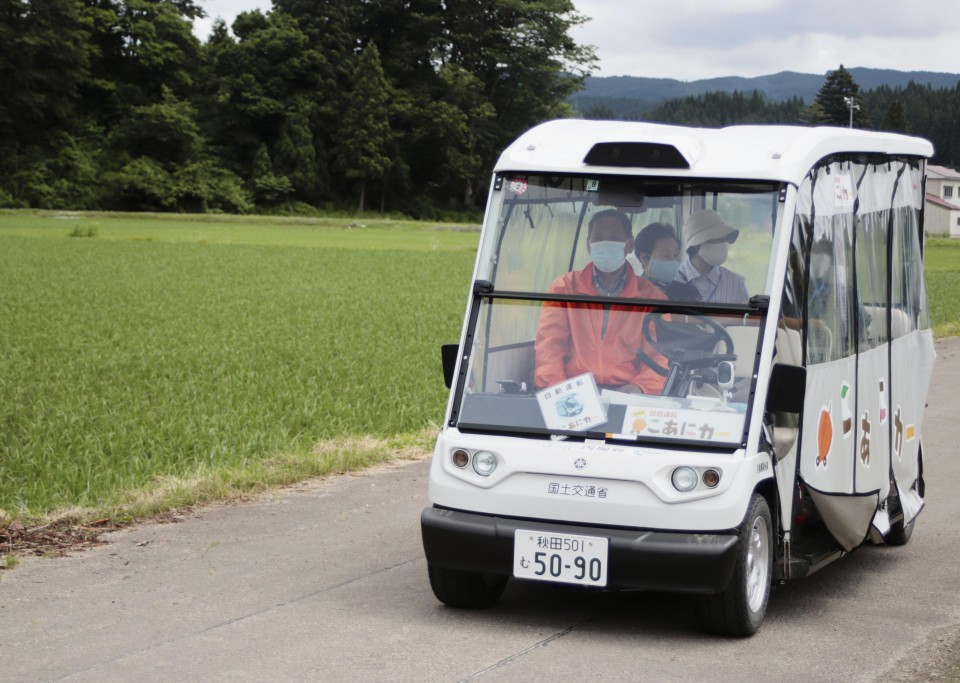 The new vehicle drives at a sedate 12 kilometers per hour, or about the pace of a slowly ridden bicycle, but is more than sufficient to take Ishikami and her three friends to their favorite lunch spot.

The seven seater is the first self-driving electric car in Japan to be used for paid public transport. It was introduced in November last year in Kamikoani, Ishikami's Akita Prefecture village which has a population of just 2,200 mostly elderly residents.

Even though it can easily navigate its routes thanks to the electromagnetic induction wires laid under the road surface, it requires a driver to take it through intersections and control it in emergency situations, making it no more effective in cutting wage costs than the bus it replaced.

Designed to carry up to five passengers at a time, the vehicle, dubbed the Koani Car, drives one of three routes once every morning on weekdays for a fare of 200 yen, linking neighborhoods, the post office, village offices and a clinic.

People were reluctant to jump aboard at first, but the numbers have gradually increased and surpassed the initial target of 15 passengers a day by March, according to the nonprofit in charge of the service. 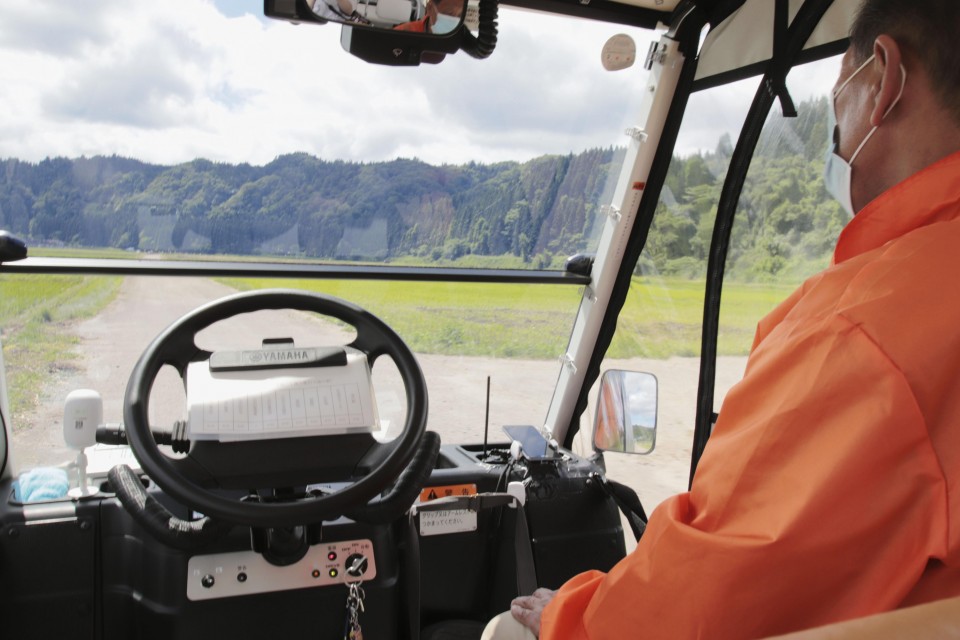 "We've had a good response as many people say they want the service to come to their neighborhoods as well," said Yoshinori Hagino, who heads the NPO.

Pick-up and drop-offs by the Yamaha Motor Co.-developed vehicle can be booked over the phone and the NPO will also begin a luggage delivery service in the near future.

The semi-autonomous vehicle service was introduced by the Ministry of Land, Infrastructure, Transport and Tourism out of concern that reductions in bus services in depopulated rural areas of Japan would leave elderly residents with major mobility problems.

In Kamikoani, people aged 65 or older comprised about 53 percent of the population as of May, against the nationwide figure of 28.7 percent as of September, a record high. 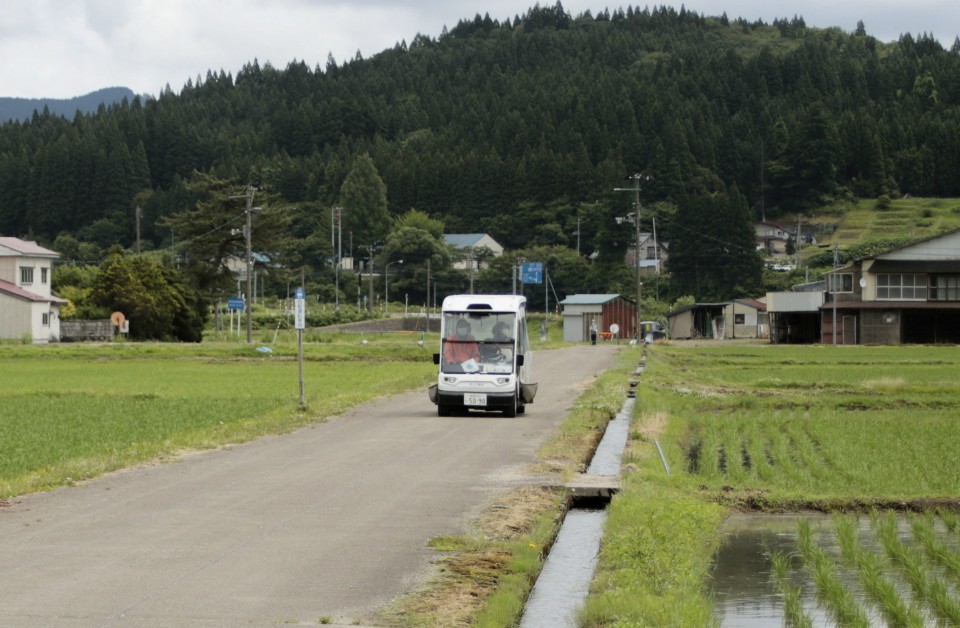 With few buses operating and no supermarket in the village, residents could find themselves without access to the bare necessities if they do not drive, according to locals.

The village was the first to start an actual passenger service among 18 mountainous regions where the transport ministry has test-run semi-automated driving since 2017.

The national government aims to help launch similar services in at least 40 locations nationwide by fiscal 2025, with one running on a defunct railroad slated to begin in the current fiscal year in Fukui Prefecture, central Japan.

The operation in Kamikoani shows, however, that such services are not viable without financial support from the government. While residents hope the routes will expand to cover more areas, it takes large up-front investment to lay the vital induction wires, officials said.

The vehicle is fully autonomous for about 1 km of the 2 to 5 km routes but does also require people to keep watch to ensure private vehicles do not enter the section of road upon which the vehicle operates under its own control, they said.

"This kind of service should be a common sight in the future," Hagino of the NPO said, while admitting that there is still some room for improvement. "We are hoping to be a pioneer," he said.