"Memorial" held for hanko seals discarded due to digitalization

A Tokyo temple held a "memorial service" Monday for around 50 "hanko" seals that companies have discarded as part of their move toward telework and administrative digitalization.

The chief priest of the temple in Shinjuku Ward chanted sutras over traditional company and employee seals, brought by three companies including Sakura Internet Inc. 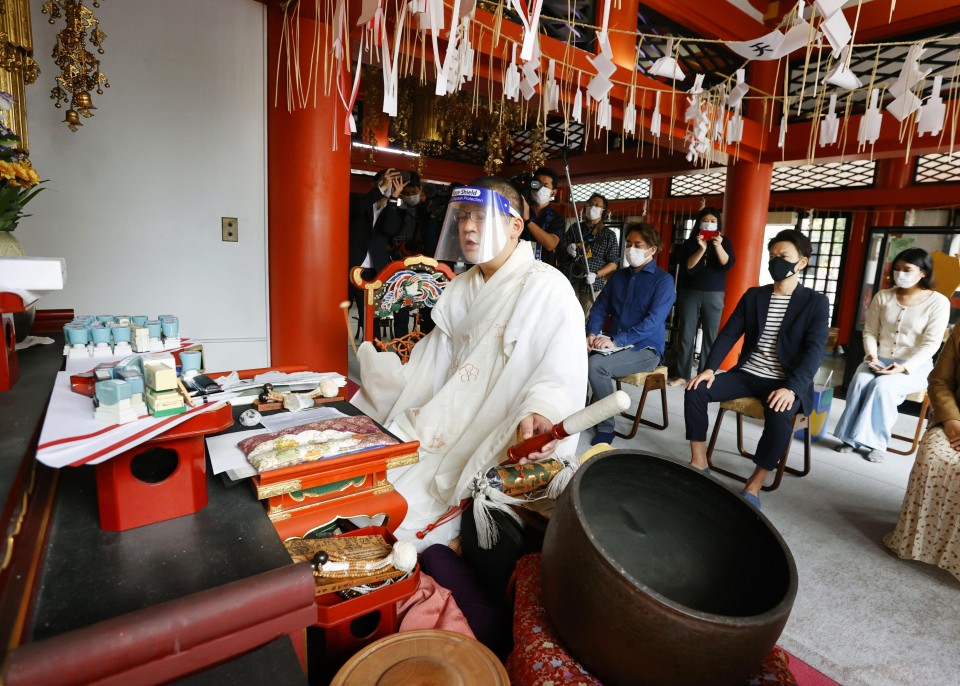 A "memorial service" is held at a Tokyo temple on Oct. 19, 2020, for "hanko" seals no longer in use by companies. Hanko seals -- traditionally used on administrative documents in Japan -- are being discarded due to growing digitalization among companies amid the novel coronavirus pandemic. (Kyodo)

In Japan, there is a custom to hold "memorial services" for tools and other items that have been used for a long time, ranging from needles, scissors, dolls, and even "AIBO" humanoid dogs, to express their owners' sense of appreciation, rather than simply discarding them.

The discarding of the seals came as digitalization among companies grows with the novel coronavirus pandemic underlining its practical benefits. The drive is also being supported by the Japanese government and local authorities. 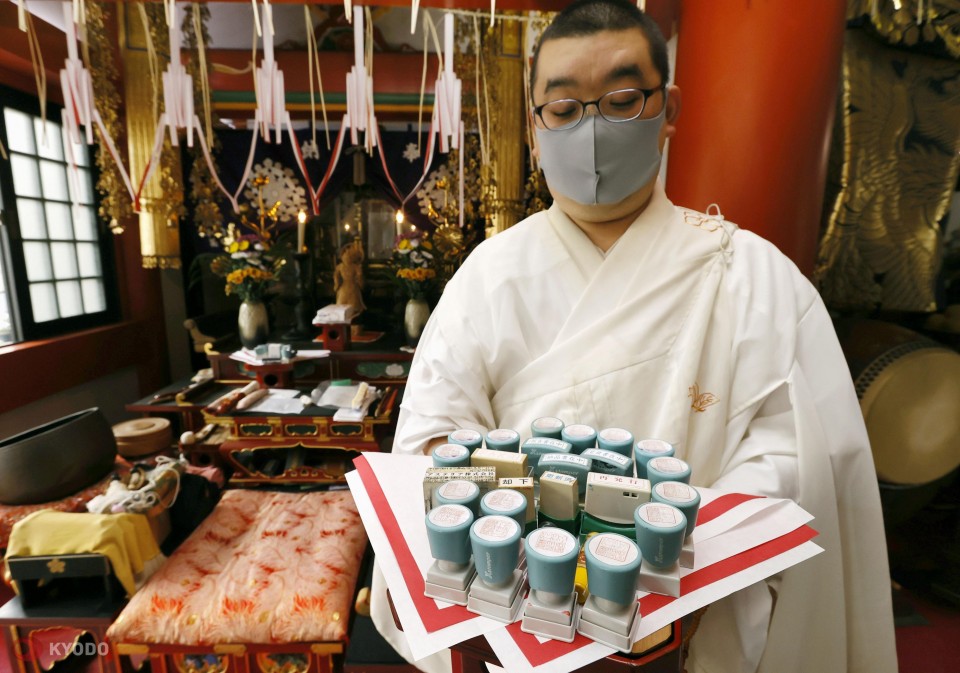 Photo taken Oct. 19, 2020, shows "hanko" seals no longer in use by companies collected at a Tokyo temple for a "memorial service." Hanko seals -- traditionally used on administrative documents in Japan -- are being discarded due to growing digitalization among companies amid the novel coronavirus pandemic. (Kyodo)

A Sakura Internet official said the company now has "no use for seals which we once used hundreds of times, each time a contract was signed."

The memorial event was organized by TDM Telework, a group of 23 small- and medium-sized IT companies that share information and expertise toward digitalization.

"We are looking forward to more government policies on digitalization. We hope it will promote society's move away from the culture of hanko use," said Fumihiro Naganuma, chairman of TDM Telework.

Prime Minister Yoshihide Suga has instructed his government to draw up plans to stop using hanko seals on administrative documents, a tradition that has been criticized as outdated and necessitating face-to-face interaction that risks spreading the coronavirus.

Chief Cabinet Secretary Katsunobu Kato said Monday the Finance Ministry is considering eliminating hanko from tax-related procedures "from the standpoint of contributing to the convenience of taxpayers," and that the move will be part of its annual tax system reforms for the next fiscal year.