Japan star Kotaro Matsushima scored his first tries in the French first division on Saturday in Clermont's 50-29 victory over Pau.

Starting on the right wing, Matsushima crossed twice in the second half at his home ground to help lift Clermont above Toulouse at the top of the French first-division standings. 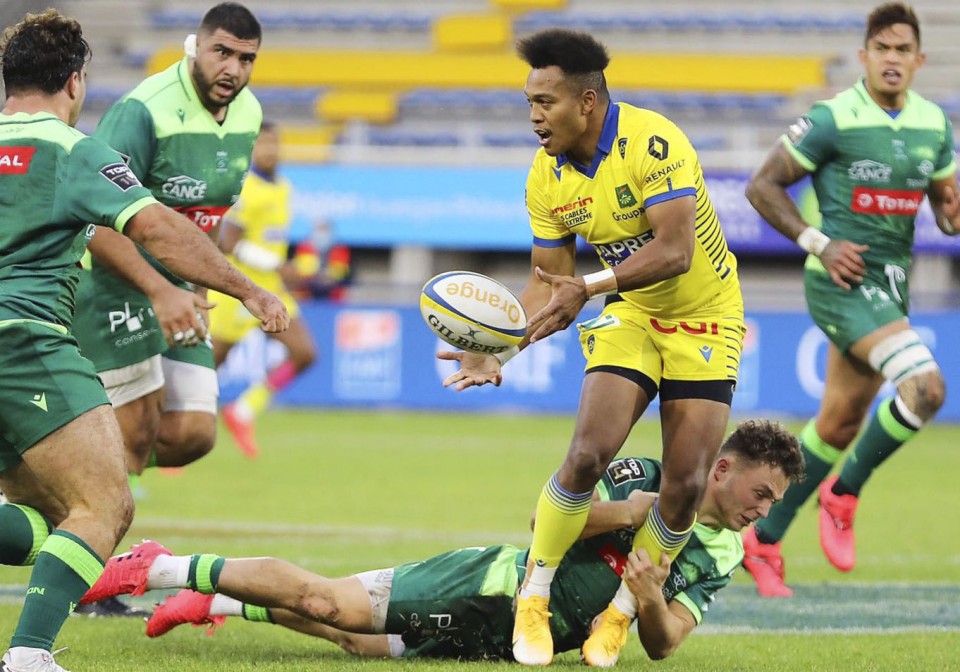 He opened his league account for Clermont in the 46th minute off a pass from flyhalf Camille Lopez deep in opposition territory, and scored again in the 77th when he shook off the defense while making a run down the right and cruised into the in-goal.

Matsushima said his belief in playing abroad had returned after playing a full match for the second straight week, having completely recovered from an adductor muscle injury in his right leg that forced him out of his debut on Sept. 6.

"I was able to go out there and play feeling full of confidence. I finally bagged a (league) try and everything's going well," Matsushima said.

The Japan international notched his maiden try for Clermont back in September in a 36-27 European Champions Cup quarterfinal loss to French rivals Racing 92.

The 27-year-old South African-born player helped coordinate several of Clermont's scoring drives in Sunday's win, noting after the match that communication with his teammates "has gotten smoother."

Clermont head coach Franck Azema praised Matsushima's growth on and off the pitch, including an increasing understanding of French that has deepened his bond with the team.

In an effort to match the physicality of the league, Matsushima said he is bulking up and trying to adjust to the added weight while maintaining the speed and maneuverability that brought fans to their feet at the 2019 Rugby World Cup in Japan.

Matsushima scored five tries for the Brave Blossoms at last year's Rugby World Cup and helped the hosts reach the quarterfinals of the tournament for the first time.