Japan will test measures for preventing the spread of the coronavirus at events with large numbers of spectators in a trial late this month in a baseball stadium in Yokohama packed to near capacity, officials said Thursday.

The three-day trial from Oct. 30 comes as the government considers whether to relax current limits on the number of people allowed to attend sporting and other big events.

Japan last month raised the limit to 10,000 from 5,000 but retained a ceiling of 50 percent of a venue's capacity for events with over 10,000 spectators, such as professional baseball games, effective through the end of November. 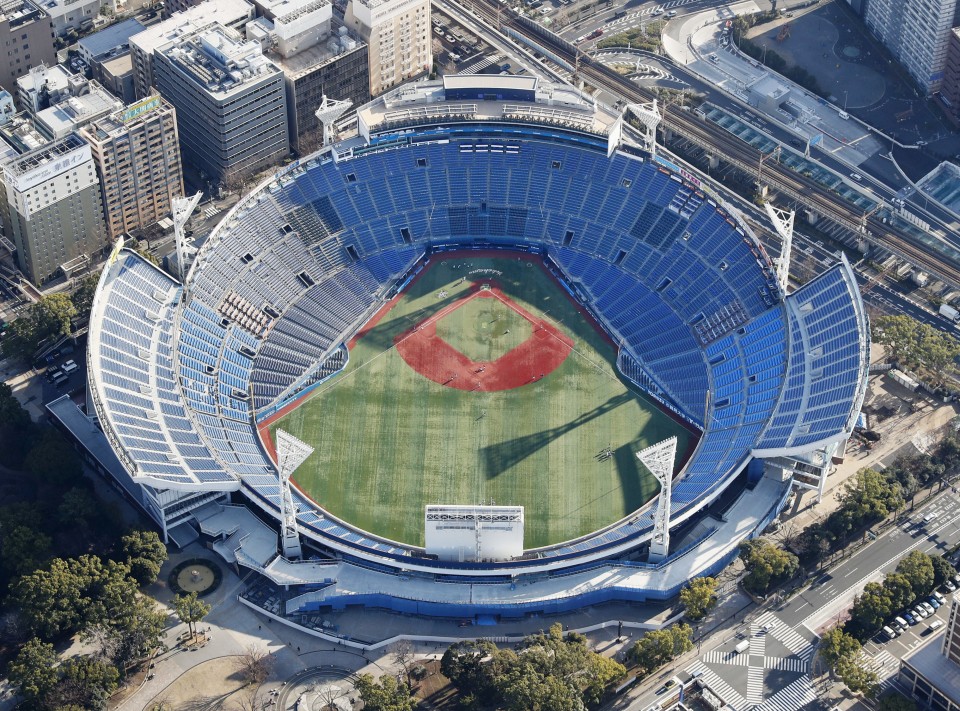 Holding the trial in Yokohama Stadium was approved by a government subcommittee on Thursday, economic revitalization minister Yasutoshi Nishimura, who is in charge of the fight against the virus, told reporters.

The 34,000-capacity stadium near Tokyo is to be the main venue for baseball and softball events for the postponed Tokyo Olympics next summer.

The trial will be conducted by the Kanagawa prefectural and Yokohama city governments, as well as by major mobile game developer DeNA Co., whose group operates the stadium as the base of its professional baseball team, the Yokohama DeNA BayStars.

"We want to mobilize the most advanced technologies to present a model and create a path toward the success of the Tokyo Olympics," Kanagawa Gov. Yuji Kuroiwa told reporters after holding a meeting with DeNA's founder Tomoko Namba.

Regular games will be played during the three days, with the stadium filled to up to 80 percent capacity on the first day and possibly 100 percent on the final day.

Using high-precision cameras and beacons, they will look into the flow and density of people entering the roofless stadium in various areas, as well as the percentage of spectators wearing masks.

While the limits on mass spectator events have been kept in place, venues for relatively small events deemed to have lower infection risk, such as classical music concert halls and movie theaters that ban food, can operate at full capacity.

Japan on Thursday confirmed about 700 new coronavirus infections, including 79 cases reported in Kanagawa, showing a slight increase from recent levels.

The latest figure brings the nationwide cumulative total to over 92,100.

In Tokyo, 284 new cases were reported the same day, with the cumulative total rising to 28,420, according to the metropolitan government.

The single-day tally in the capital has leveled off since mid-August, mostly staying between 100 and 300.

During the subcommittee meeting, the education ministry proposed allowing those who have had close contact with COVID-19 patients but test negative and have no symptoms to sit next year's unified university entrance exams in separate rooms.

The education ministry is trying to make sure that entrance exams are conducted fairly for all students.

"We want (students) to take their body temperatures on a voluntary basis on the day of their exams, and to give up taking the tests and do them later if they have temperatures of 37.5 C or higher," Nishimura said. 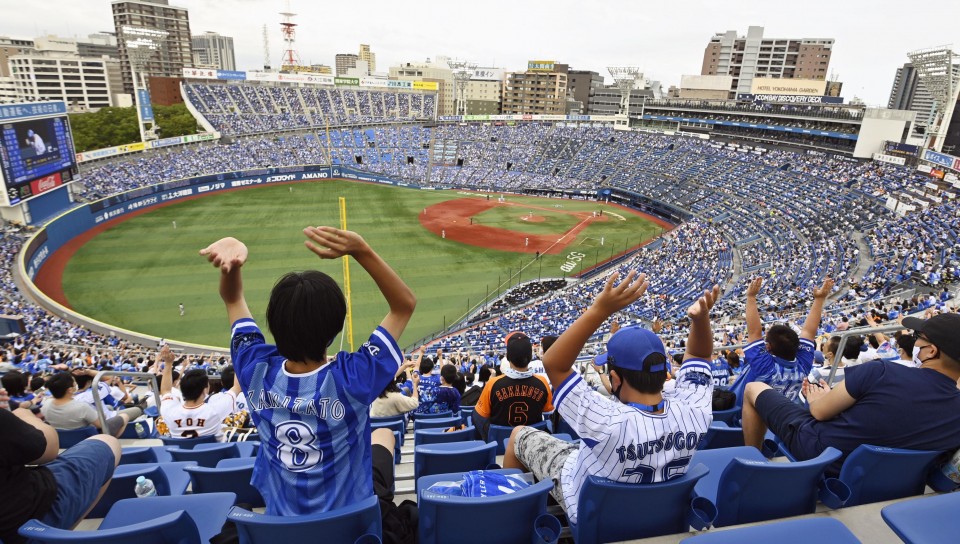 More than 13,000 fans watch a baseball game at Yokohama Stadium on Sept. 19, 2020. Japan relaxed a rule limiting the size of crowds at pro sports games, movie theaters and other events the same day in yet another sign of a gradual return to social and economic activities at pre-coronavirus levels. (Kyodo)