Pakistan's planning minister on Thursday warned of another large-scale lockdown in the country, saying there are "unmistakable signs" of a rise in coronavirus cases due to people ignoring safety measures.

Asad Umar, who also chairs the National Command and Operation Center tasked with containing the spread of the virus, cited the growing "national positivity" rate, or the number of those infected as a percentage of those tested. 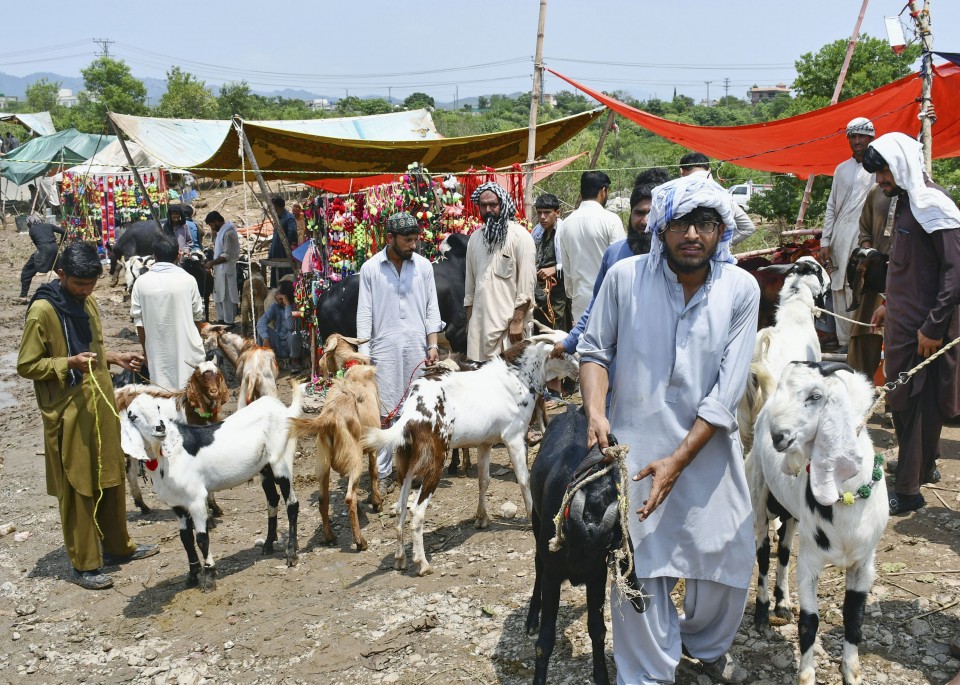 Photo taken July 29, 2020, shows a cattle market on the outskirts of Islamabad, Pakistan. Many people bought sacrificial animals for the Muslim festival of Eid-ul-Adha online this year, so the market was less busy due to the coronavirus outbreak. (Kyodo)

"Time for all of us to take covid sop's (standard operating procedures) seriously again. Otherwise, unfortunately we may have to take restrictive actions which have negative effects on peoples' livelihoods."

The fresh cases until recently were being mostly reported from the port city of Karachi, but Umar suggested that the spread of the virus is now wider than previously believed.

The minister said coronavirus positivity is "extremely high" in Muzaffarabad, "remains high" in Karachi, and is "rising" in Lahore and Islamabad.

The government has already reintroduced "smart-lockdowns," the limited scale version of the restrictions, in about 3,500 areas in 103 districts across the country, an NCOC official said.