Universal Studios Japan in Osaka unveiled to the media a cafe and store based on Nintendo Co.'s popular Super Mario Bros. game series on Thursday, the day before its grand opening. 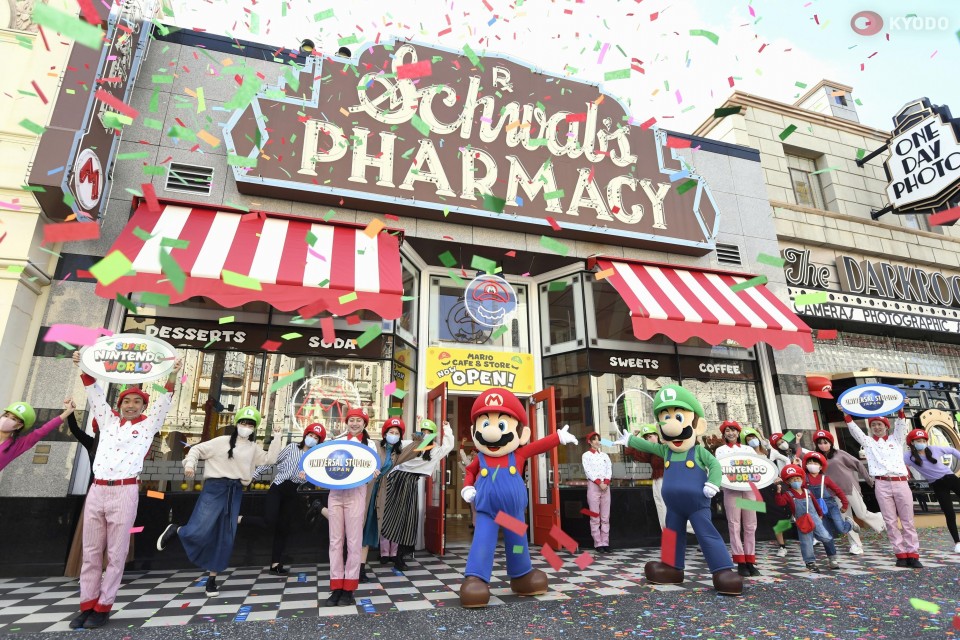 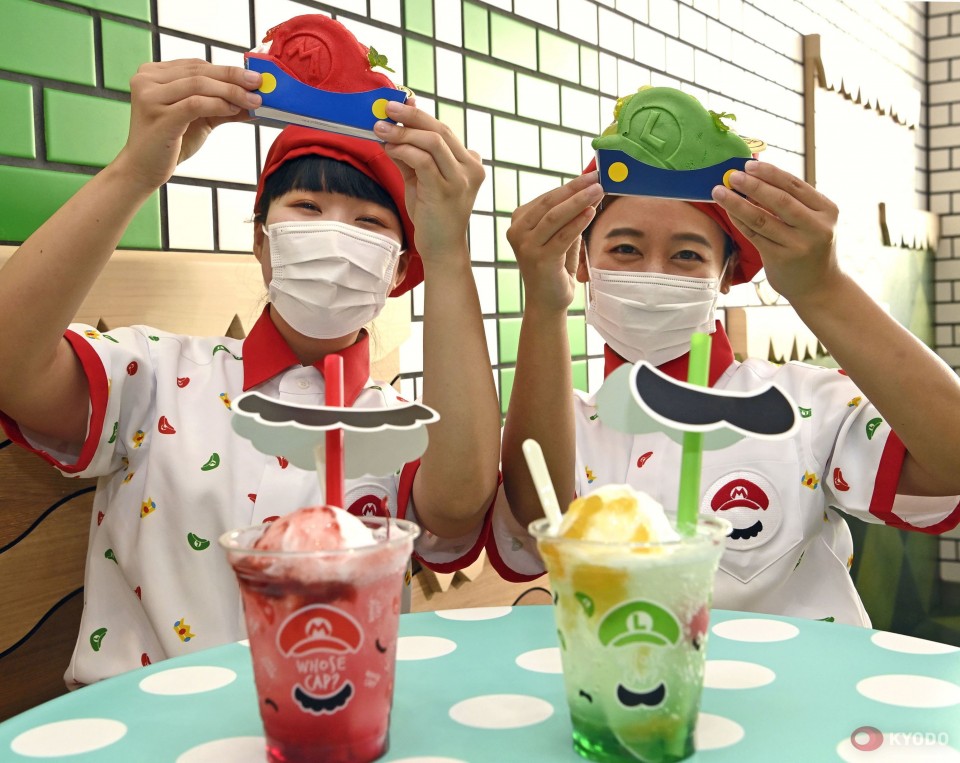 Mario and Luigi themed sweets and drinks at the Mario Cafe & Store. (Kyodo)

Drinks and food modeled after the characters will be offered, while the tables are based on the iconic mushrooms featured in the game.

The launch of the cafe coincides with the 35th anniversary of the first edition of the game, and comes ahead of the opening next spring of the "Super Nintendo World" attraction in the amusement park. 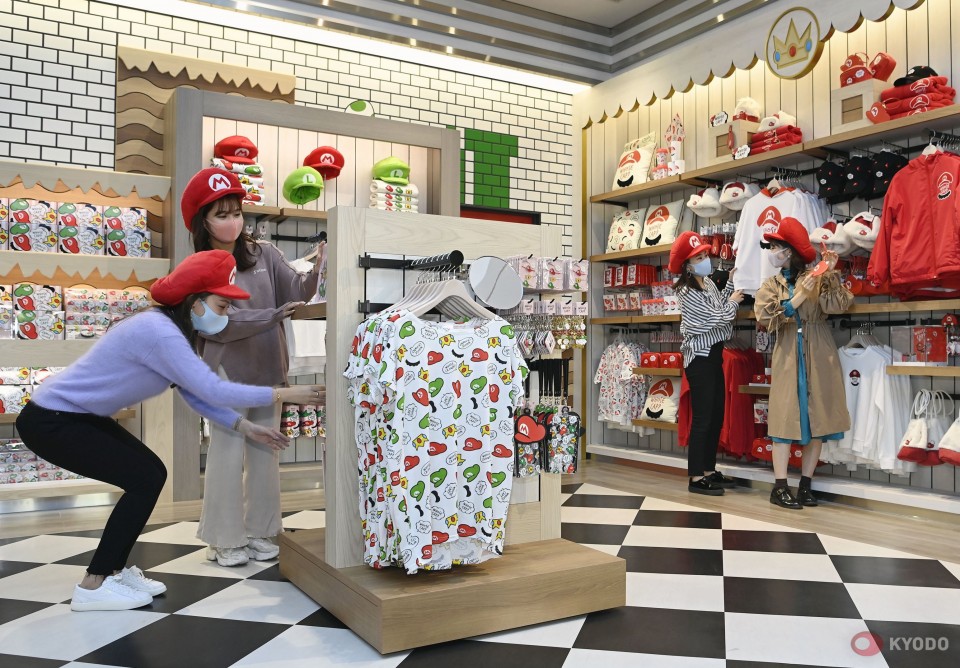 Merchandise on display at the Mario Cafe & Store. (Kyodo)