Nearly 8,000 people were still caught up in evacuee life as Japan marked the first anniversary Monday of Typhoon Hagibis' landfall that killed at least 113 and left three missing in the country's east, according to a Kyodo News tally.

At a memorial service held in the town of Marumori in northeastern Japan's Miyagi Prefecture, 37-year-old Keita Otsuki, three of whose family members died and another having gone missing, said, "It has been a year of despair as I couldn't save my family." 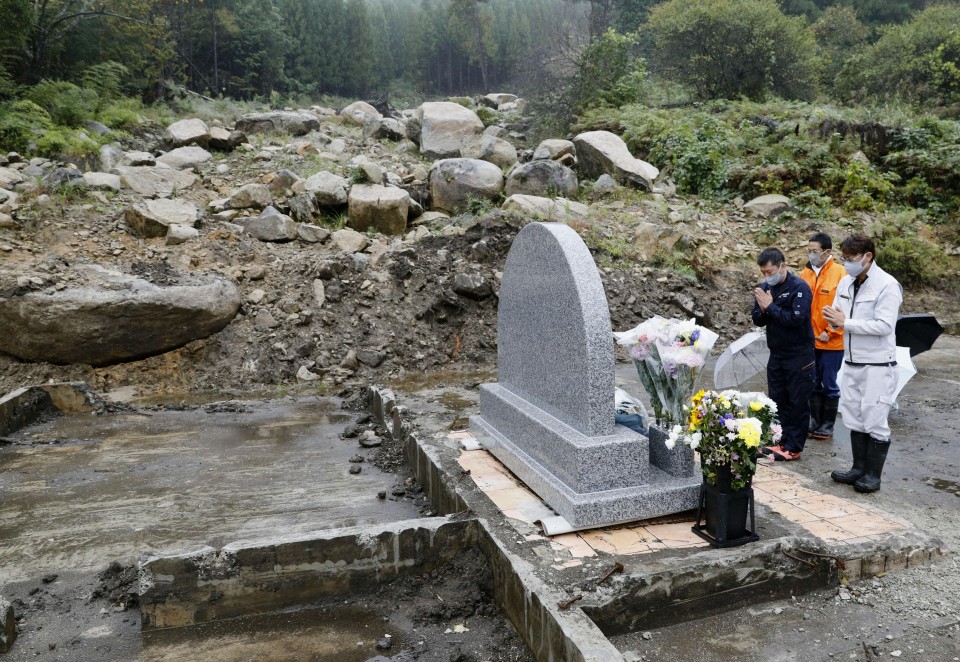 People pray in front of a memorial in Marumori in Miyagi Prefecture, northeastern Japan, on Oct. 12, 2020, a year after Typhoon Hagibis made a landfall in the country, causing floods and landslides in wide areas and claiming the lives of more than 100 people. (Kyodo)

"It is our responsibility to hand down the story of that disaster to the next generations and live on," Otsuki said.

A similar service was held in Iwaki, Fukushima Prefecture, with bereaved families mourning and offering flowers for the deceased.

With the reconstruction of affected houses and infrastructure continuing, 7,895 people in 11 prefectures were staying in temporary housing as of Oct. 1, including those affected by the two other typhoons that hit the country just before and after Hagibis, government data show.

Marumori Mayor Kunio Hoshina said at the local memorial event, "Reconstruction will still take time, but we will work together to realize a peaceful life."

The typhoon made landfall on Shizuoka Prefecture on Oct. 12 and traveled eastward to northeastern Japan, causing river dikes to breach at 142 locations and flooding a bullet train rail yard in Nagano, central Japan.

In Nagano, where the Chikuma River flooded and caused massive damage, Yoko Yamaguchi, 78, was among 157 residents of 73 households who were staying in temporary housing, having demolished her flooded house.

"I can't live there anymore with worries that a disaster would come again," Yamaguchi said. "This temporary house is nice to live in and has people around to talk with, but I'm anxious what would happen when the time allowed to stay here is over."

The government figure on people in temporary housing does not cover those who continue to live in their own disaster-affected homes. 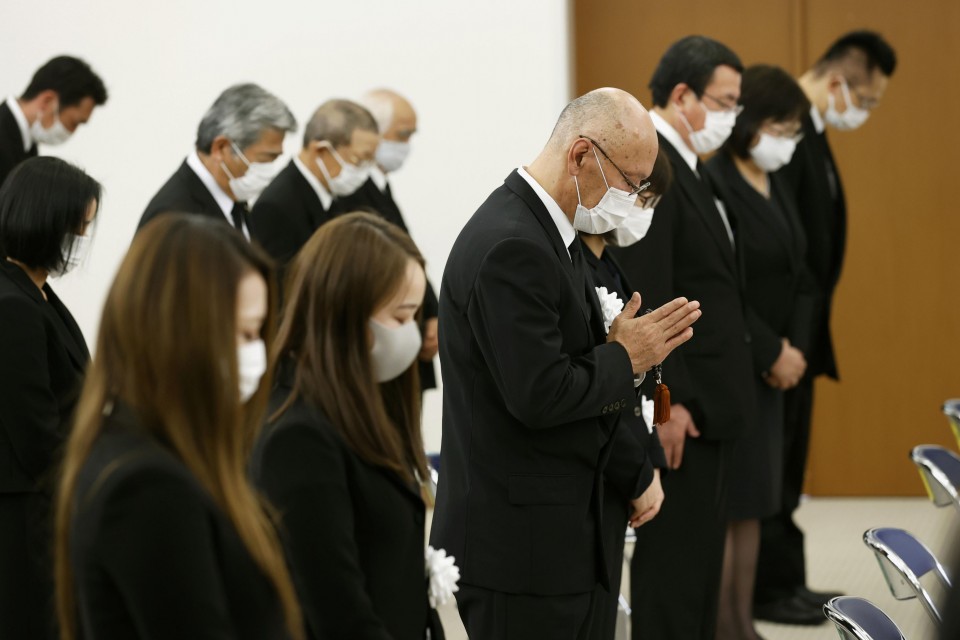 People observe a moment of silence during a memorial service in Marumori in Miyagi Prefecture, northeastern Japan, on Oct. 12, 2020, a year after Typhoon Hagibis made landfall in the country, causing floods and landslides in wide areas and claiming the lives of more than 100 people. (Kyodo)