The United States on Wednesday condemned the recent arrest of Hong Kong student democracy activists as another sign of China's national security law curtailing freedoms but declined to comment on a report that Hong Kong asylum-seekers were turned away by the U.S. consulate general. 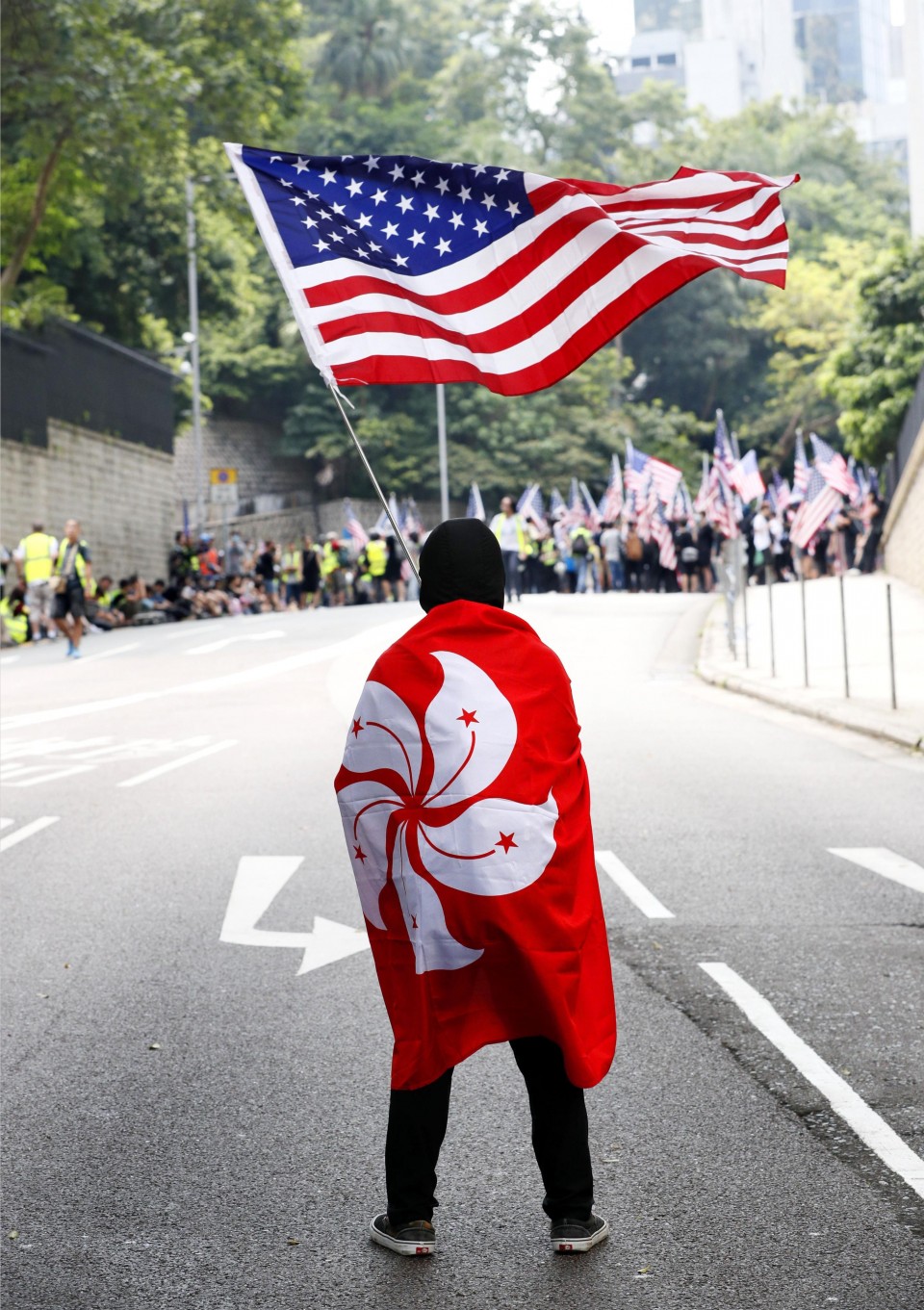 A demonstrator clad in a Hong Kong flag waves an American flag near the U.S. Consulate in Hong Kong on Sept. 8, 2019. (Kyodo) ==Kyodo

"Due to privacy considerations, we cannot comment," a U.S. State Department spokesperson said in a statement when asked about a South China Morning Post report that four activists entered the U.S. consulate in Hong Kong on Tuesday in a bid to claim asylum, but were rejected.

The official noted, "Asylum can only be requested upon arrival in the United States."

The development followed the reported arrest of 19-year-old Tony Chung, a former leader of a pro-independence group, at a coffee shop opposite the U.S. consulate on Tuesday morning.

The arrest was made before he could approach the consulate for asylum. Hours later, two former members of the group were also arrested.

All three had been out on bail since July after first being arrested for alleged violations of the national security legislation on Hong Kong, which was enacted in late June, according to the South China Morning Post.

"We condemn the Hong Kong Police Force's arrest and detention of three student democracy activists," the State Department official said, adding that the use of the police's national security unit for the detention of a minor in a coffee shop is "reprehensible."

"The National Security Law continues to be used to stifle dissent and curtail individual freedoms of the people of Hong Kong -- not to ensure security," the official also said.

Chung was taken to a Hong Kong court Thursday to face charges of secession, money laundering and conspiring to distribute seditious articles. He was remanded in custody pending his next court appearance on Jan. 7, local media reported.

Chung could face a maximum penalty of life imprisonment if convicted of secession under the National Security Law.