Shodai's promotion to ozeki headlines the latest rankings published by the Japan Sumo Association on Monday, but the September champion's new status is just one of the interesting developments to come ahead of the November Grand Sumo Tournament in Tokyo.

At 28 years and 10 months old, Shodai became the seventh-oldest wrestler to reach the sport's second-highest rank and took his place behind the other two members of his cohort -- top east ozeki Takakeisho and west ozeki Asanoyama -- for the 15-day meet starting on Nov. 8.

The tournament, normally held in Fukuoka, will be the third straight held at Tokyo's Ryogoku Kokugikan to limit travel during the coronavirus pandemic. Concern over the outbreak caused the March meet to be held behind closed doors in Osaka, the May tourney to be canceled and July's meet be held in the Japanese capital instead of Nagoya.

As usual, the yokozuna pairing of Hakuho on the east and Kakuryu on the west tops the makuuchi division rankings. Both 35-year-old Mongolian-born grand champions, however, missed the entire September tournament due to injuries. 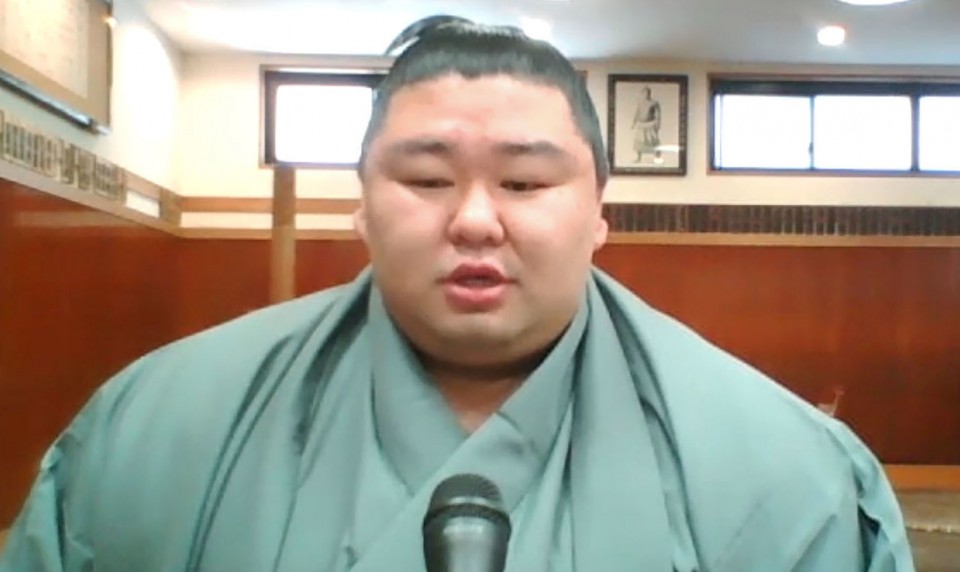 Sumo: Sumo's "flying monkey" ready to show he is no 1-hit wonder

Hakuho, who sat out the last three days of the July tourney, is aiming to extend his record with a 45th career championship and his first since March. Kakuryu has fought in only one match since the March meet and on Thursday expressed uncertainty about whether he will be fit to compete next month.

Takakeisho and Asanoyama are still in the hunt for their second makuuchi titles and first as ozeki. Takakeisho was one of Shodai's victims in September's championship race but finished with an impressive 12 wins. Asanoyama bounced back from three straight losses from opening day to clinch a respectable 10-5 record.

The sekiwake rank is represented by Mitakeumi on the east and newcomer Takanosho on the west. The 27-year-old Mitakeumi scraped out an 8-7 record that kept him at the sport's third-highest rank for the third consecutive meet.

Takanosho, who went 10-5 as a No. 1 maegashira last time out, will make his debut as a "sanyaku" wrestler in one of the three ranks below yokozuna, having skipped the next lower rung of komusubi.

That rank will be manned by former ozeki grapplers Terunofuji and Takayasu. In July, Terunofuji returned to the makuuchi division and won his second career championship after battling back from knee injuries and surgeries that had dropped him into the jonidan division, the sport's second lowest.

It will be the 28-year-old Mongolian's debut as a komusubi, since he skipped the rank five years earlier in his rapid ascent to ozeki. He is now the first former ozeki to drop as far as the jonidan tier and return to the sanyaku ranks.

The 30-year-old Takayasu, who last wrestled as an ozeki at the 2019 Kyushu basho, has put together two consecutive 10-5 records since going winless in March before withdrawing due to injury.

At the other end of the makuuchi division spectrum, Akua will make his debut in the upper tier as a No. 16 maegashira two days after his 30th birthday. He will look to follow in the footsteps of another late bloomer, Tobizaru, whose September debut saw him finish at 11-4 with a chance to win the championship on the final day.

Four wrestlers in the second-tier juryo division will be returning to the top flight -- 14th-ranked Chiyonokuni and Kotonowaka, No. 15 Kotoyuki and No. 16 Chiyoshoma.

Chiyonokuni, September's juryo champion, becomes the second former makuuchi wrestler to fight his way back to the top division twice after falling as far as the third-tier makushita ranks.

Kotoyuki, 29, is back in the makuuchi division for the ninth time.