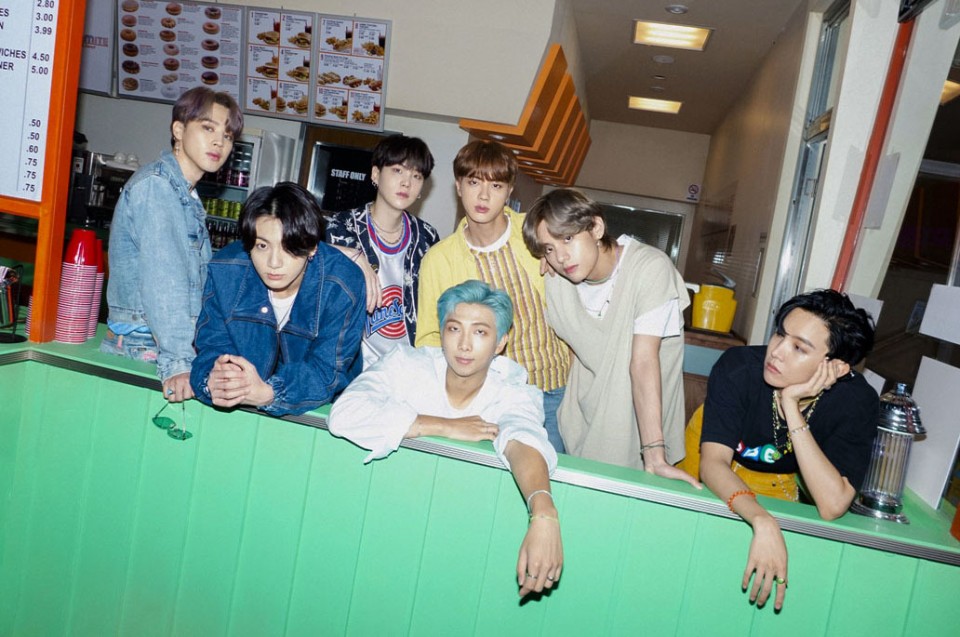 Big Hit Entertainment Co.'s entry to the Korea Exchange had attracted strong interest from institutional investors following the company's meteoric rise on the back of the seven-member band's worldwide popularity.

The company, which raised around 960 billion won in the IPO, was valued at 11.88 trillion won at one point.

"Now that (the company) has become a corporation that is listed on the stock market, we feel a responsibility toward our shareholders," Big Hit CEO Bang Si Hyuk said during the bourse's livestreamed listing ceremony.

"We will put our best efforts into raising the value for each individual shareholder, including profitability and growth," he added.

The boy band became the first K-pop act to top the Billboard album charts in 2018 and debuted at No. 1 on the Billboard Hot 100 chart with its song "Dynamite" in September 2020.

The band's online concerts over the weekend drew over 900,000 viewers in some 190 countries and regions, generating an estimated 50 billion won in ticket sales.

However, as is often the case with a South Korean boy band, mandatory military service hovers over the group.

All seven members will have to serve between 18 and 22 months in the military at some point, provided the relevant law remains unchanged.