The South Korean Supreme Court on Thursday upheld a 17-year prison sentence and a 13 billion won ($11.45 million) fine handed down by an appeals court against former President Lee Myung Bak over bribery and embezzlement. 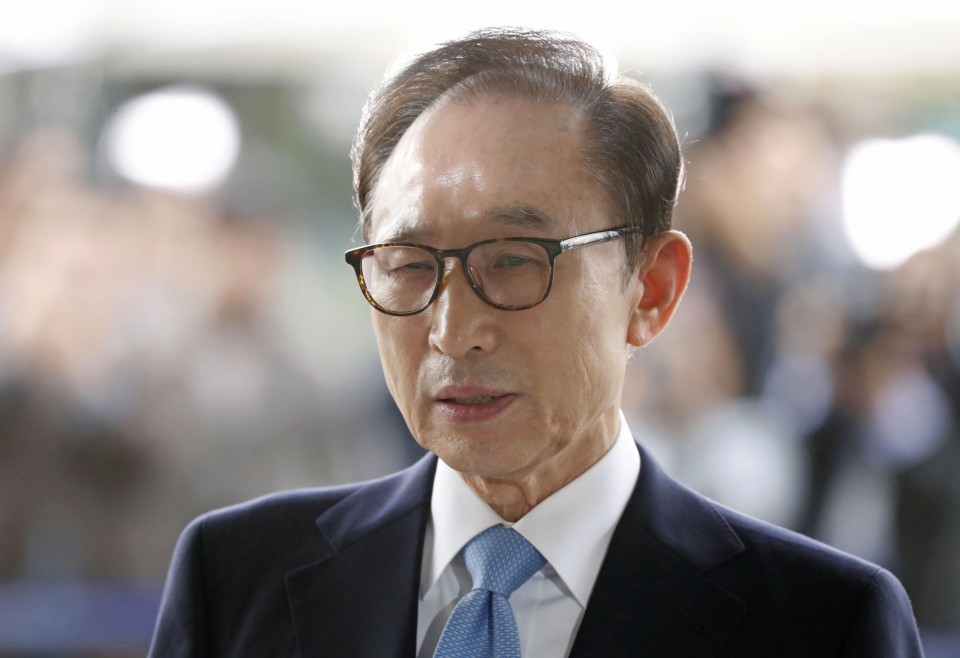 The 78-year-old, who was in office from 2008 to 2013, has denied any wrongdoing and appealed the February ruling. The prosecution also appealed over what it argued was an insufficient sentence. But the top court dismissed them both.

Lee, who was granted bail pending his appeal to the Supreme Court and did not appear in court for Thursday's ruling, will soon be taken into custody to serve the sentence.

"There seems to be no misjudgment in the ruling from the original trial regarding the facts determined over embezzlement and bribery," the Supreme Court said in its ruling.

Meanwhile, a lawyer for Lee, speaking to reporters, expressed disbelief at the ruling and said he would do everything within the law to "reveal the truth."

The lawyer said he has asked the court to wait until next week so Lee can undergo a health checkup before going behind bars.

Lee was originally sentenced in October 2018 to 15 years in prison for receiving over 8 billion won in bribes, including from Samsung Electronics Co., and embezzling about 24.6 billion won from an automobile parts company he secretly owned.

But the Seoul High Court in February this year added two more years to his original sentence, determining that the former president had accepted larger amounts of bribes, including 8.9 billion won from Samsung alone. It also found that he had embezzled 25.2 billion won from the automobile parts company.

Lee was arrested in March 2018 under the government of current President Moon Jae In. He is the fourth South Korean leader to receive prison time after serving as president.

After the February ruling, Lee was taken into custody but was later granted bail pending his appeal to the top court.