Japanese Prime Minister Yoshihide Suga on Monday pledged to cut greenhouse gas emissions in Japan to net zero by 2050 in his first policy speech in parliament. 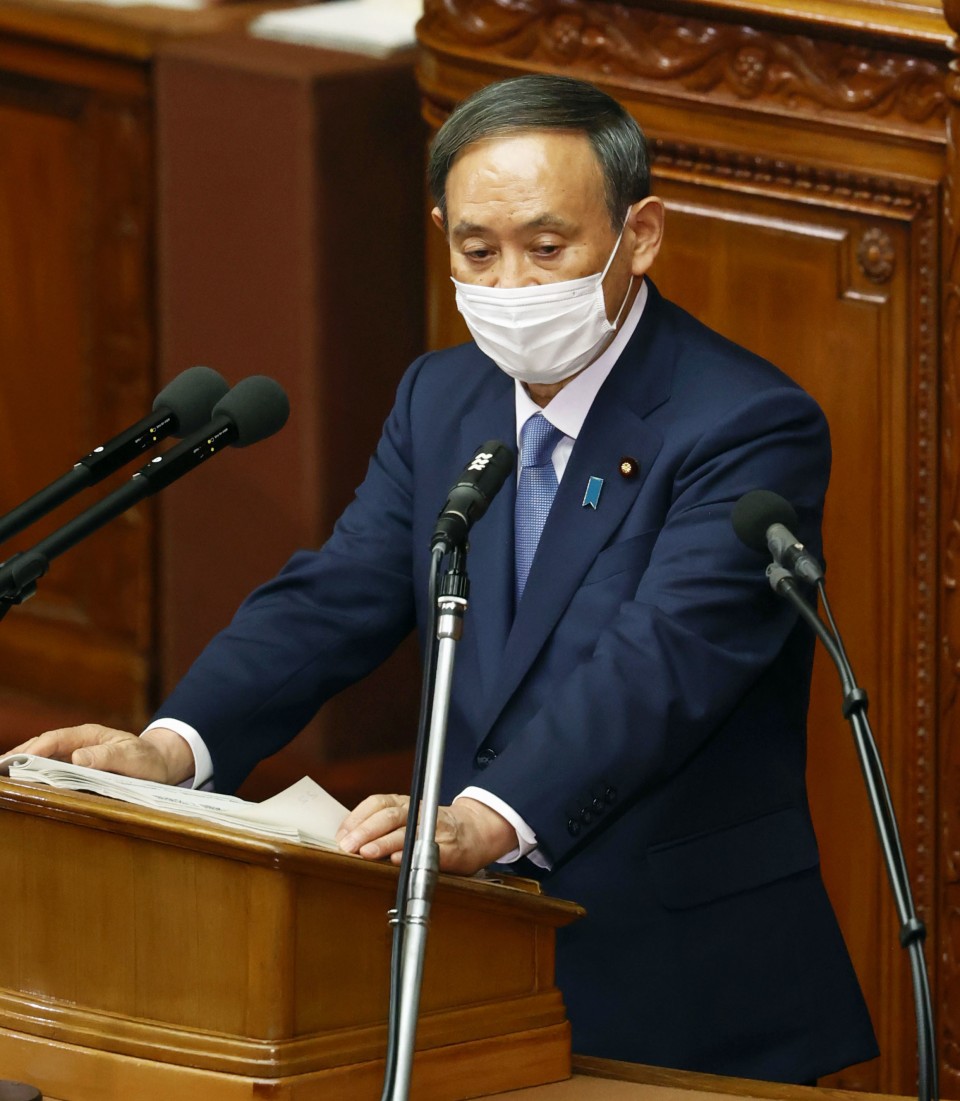 In his address at the start of the 41-day extraordinary Diet session through Dec. 5, Suga also called for balancing measures to prevent the spread of the novel coronavirus with the promotion of economic growth, while reiterating his resolve to hold the postponed Tokyo Olympics next summer.

"Response to global warming is no longer a constraint on economic growth," Suga said. "We need to change our mindset that proactively taking measures against global warming will bring about changes to industrial structures, as well as the economy and society, and lead to major growth."

Suga's new goal on greenhouse gas emissions is a step forward from the government's previous target of reducing emissions by 80 percent by 2050.

His pledge came as more countries seek to go carbon-free. China, the world's largest consumer of coal, announced its plan to become carbon-neutral by 2060 at the U.N. General Assembly last month.

To work toward the new emissions target, Suga said Japan will try to introduce renewable energy sources as much as possible and push forward its nuclear power policy.

Suga also said he will continue pursuing "Abenomics," the economic policies of his predecessor Shinzo Abe marked by bold monetary easing by the central bank, fiscal stimulus and structural reforms to spur growth.

As the coronavirus pandemic has battered the country's economy to its worst level in the postwar era, Suga said, "We will absolutely prevent the explosive spread of infections and protect the lives and health of the people, and resume social and economic activities to revive the economy."

The 71-year-old leader said the government will secure enough COVID-19 vaccines for all people in Japan in the first half of next year after confirming its safety and effectiveness.

At the same time, the premier said Japan will aim to make online medical examinations a permanent system and diversify supply chains, to ensure there is no repeat of the country suffering shortages of face masks and protective gowns as it did in the first few months of the outbreak of the novel coronavirus.

Suga said he is "determined" to hold the Tokyo Olympics and Paralympics next summer after the sporting event was postponed for one year due to the pandemic.

He reiterated that holding the games would be "proof that humanity has defeated the virus."

During the extraordinary Diet session, the government will submit a total of nine bills, including one for revising a law on vaccination to make the state cover compensation to be paid by drugmakers in case their vaccines for the novel coronavirus causes health damage. 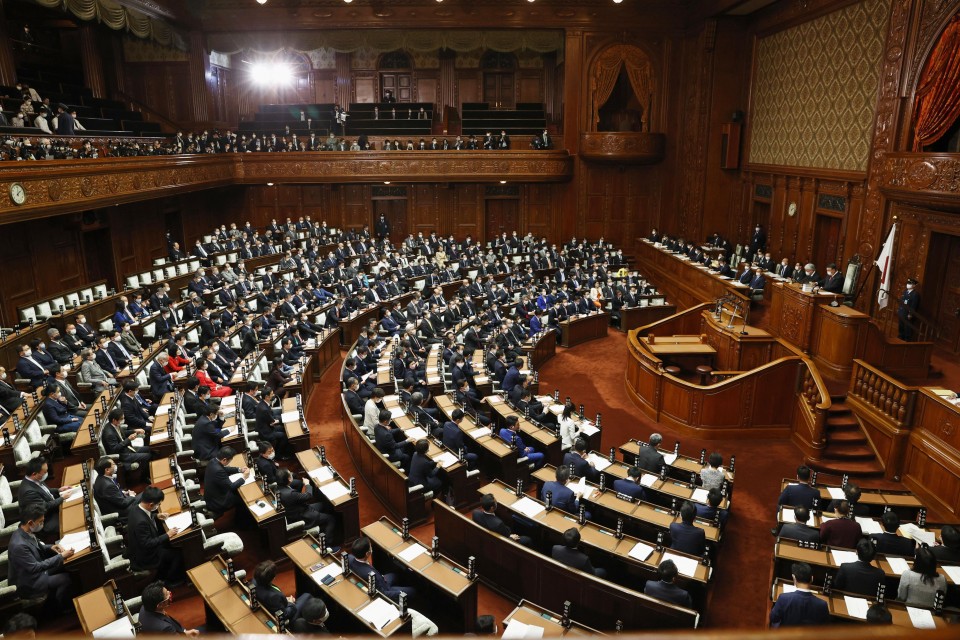 A House of Representatives plenary session is held at parliament in Tokyo on Oct. 26, 2020. At the start of the 41-day extraordinary Diet session through Dec. 5, Japanese Prime Minister Yoshihide Suga made his first policy speech since he took office in mid-September. (Kyodo) ==Kyodo

It will also submit the economic partnership agreement with the United Kingdom for approval to pave the way for its implementation on Jan. 1 next year and ensure continuity in trade and investment beyond the end of London's transition period out of the European Union.

On foreign affairs, Suga said, like Abe, that he will place priority on resolving the long-standing issue of North Korea's abductions of Japanese nationals in the 1970s and 1980s, and that he is ready to meet North Korean leader Kim Jong Un without preconditions to that end.

While describing the Japan-U.S. security alliance as the cornerstone of Tokyo's diplomacy, Suga said he will work on reducing the burden on the southern island prefecture of Okinawa, which hosts the bulk of U.S. forces in the country.

Suga said he will seek to realize a free and open Indo-Pacific region, adding that a stable relationship with China, as well as with South Korea, is "very important."

He said Japan will try to develop ties with Russia, including signing a postwar peace treaty with Moscow and resolving the territorial dispute over what Tokyo calls the Northern Territories.

Suga has characterized his Cabinet as one that is committed to working for the people, and among the other plans mentioned in his speech were the lowering of mobile phone bills and extending public health insurance coverage to fertility treatment at an early date.

With Japan's birthrate remaining low, he promised to facilitate men's involvement in childrearing by helping them take parental leave.

Suga also vowed to eliminate administrative sectionalism and push forward the digitalization of government functions by setting up a digital agency next year.

His address did not touch on the recent controversy over his rejection of six scholars to a government advisory body, the Science Council of Japan. Opposition parties are set to grill him over the issue in the Diet in the coming days.

The six rejected scholars have all spoken up against some government policies in the past, leading to criticism that Suga poses a serious threat to academic freedom.

The council, a representative body of the country's science community regarded as the "parliament of scholars," is under the jurisdiction of the prime minister but operates independently to make policy recommendations.