Japanese eco-friendly manufacturers have become optimistic about their businesses in China as its President Xi Jinping has promised to achieve carbon neutrality by 2060, but the outlook may not be so bright. 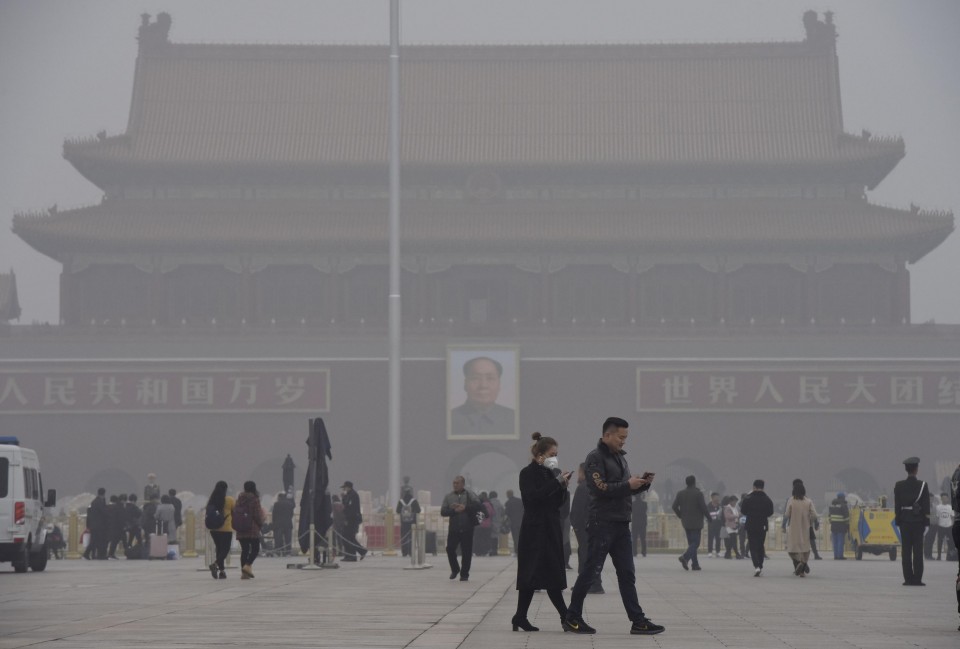 Xi's leadership is "seriously eager to tackle environmental issues, so the Chinese market would look very attractive for Japanese firms concentrating on development of eco-friendly products," a businessman familiar with the situation in Beijing said.

"But we have heard that many Japanese enterprises in China have been struggling to comply with the government's strict environmental regulations and they may lose motivation to continue doing business in the nation," he said.

Moreover, the Chinese Communist Party has pledged to stick to the dual circulation strategy aimed at strengthening international competitiveness of the country's companies in the field of cutting-edge technology.

"If Chinese firms can take great strides in the eco-friendly market with the backing of the government and capitalize on world economic growth ahead, Japanese manufacturers could be eventually put in a tough predicament," the businessman added.

In his address to the U.N. General Assembly in September, Xi vowed to cut greenhouse gas emissions in his nation to net zero by 2060, as Beijing has been keen to take the initiative in the global climate debate.

For years, China has been stepping up measures to curb air pollution, such as setting stringent emission standards and imposing punishment on companies violating regulations under its determination to "make skies blue again."

In late October, an influential Chinese industry body composed of senior auto executives and academics said Beijing plans to phase out new sales of gas-powered cars and bring eco-friendly ones to the mainstream by 2035.

"The announcement bodes well for us, given that we have a competitive advantage in the eco-friendly field," an employee of a Japanese automaker said.

The China Society of Automotive Engineers said all cars sold in 2035 in the world's biggest auto market and most populous country would become "new-energy" vehicles like electric ones or hybrids.

Other Japanese firms, however, have complained about China's environmental policies, saying they are too strict to obey.

According to a survey conducted this year by the Japan External Trade Organization, more than 70 percent of 233 Japanese companies operating in China answered local regulations are "strict" or "a little strict."

"Additional equipment to meet standards getting stricter year by year and increasing costs have become burdensome," one of the Japanese firms told the government-backed organization.

JETRO said five of the 233 Japanese manufacturers have already started to consider transferring their factories or parts of them to other nations amid mounting concern over the future.

At its four-day key gathering through Thursday, meanwhile, the Chinese Communist Party decided to uphold the dual circulation strategy, as it has argued that the administration of U.S. President Donald Trump has encouraged a "decoupling" in global markets.

Long-term goals through 2035, which were also adopted at the meeting, included commitments to making a breakthrough in the high-tech field and improving the modernization of supply chains for the coming 15 years.

Under the dual circulation strategy, China is expected to put emphasis on fostering the country's enterprises focusing on businesses such as next-generation 5G wireless networks, semiconductors and biopharmaceuticals.

With Sino-U.S. tensions escalating over several economic and security matters and the outbreak of the novel coronavirus stifling both external and domestic demand, China's economy faced a severe downturn in the first quarter of this year.

In recent months, the economy has shown signs of a V-shaped recovery due in part to a rebound in investment and industrial production, but the job market and the economic situation in rural areas have remained sluggish.

Beijing has been apparently forced to make efforts to enhance domestic demand while attempting to boost exports of made-in-China goods to its friendly nations, as many market-oriented economies have become unwilling to actively trade with the Communist-led country.

"China's ambition to attain carbon neutrality by 2060 may certainly give a tailwind to Japanese companies in the short run, but the dual circulation strategy would deal a blow to them in the medium to long term," another businessman in Beijing said.