AirAsia Japan's fate to be known within week, founder says

Malaysian budget airline AirAsia Group is considering closing down its Japan operation and a final decision can be expected within a week, its chief executive said Thursday, citing the impact of COVID-19 on the aviation industry.

"I can confirm that we are looking at every option, including closing down the operation," Tony Fernandes told reporters when asked to confirm news reports that AirAsia Japan will cease business. 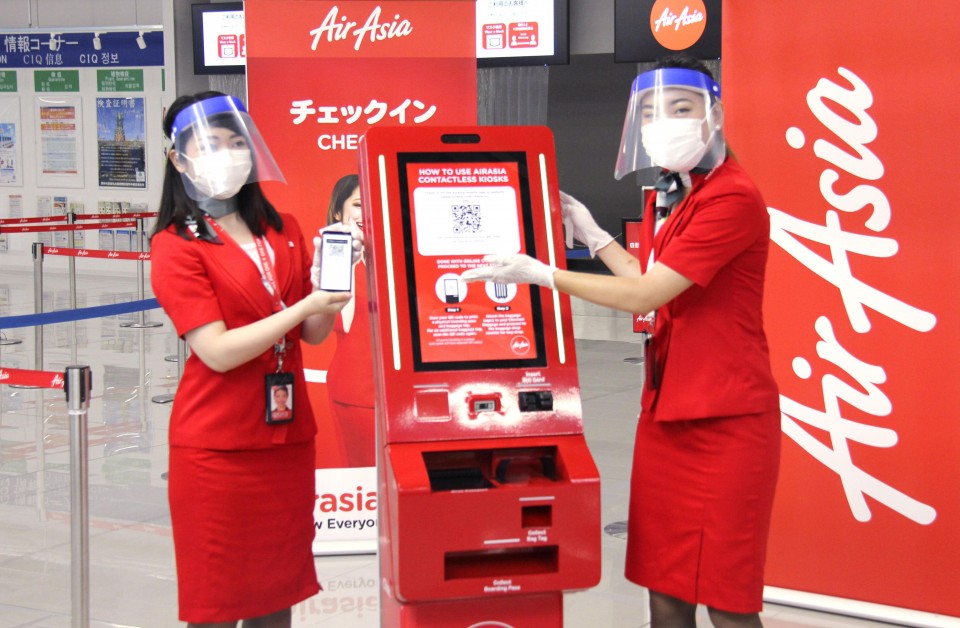 Photo taken near a check-in counter of AirAsia Japan at Chubu Centrair International Airport in Tokoname, central Japan, on July 9, 2020, shows a machine allowing passengers to print their boarding tickets without physically touching the device.  (Kyodo)

"AirAsia Japan, we are very small. We were just building ourselves when COVID-19 happened," the airline founder added.

A local government source told Kyodo News on Wednesday that AirAsia Japan Co. had told the prefectural government of Aichi, where the airline is based, that it was considering folding.

AirAsia Japan has had a checkered history.

It launched its first flight in 2012 from Narita airport near Tokyo as a joint venture with All Nippon Airways. But AirAsia quit the tie-up the following year and the airline became fully owned by ANA, changing its name to Vanilla Air.

Fernandes later resurrected AirAsia Japan with new partners, including e-commerce company Rakuten Inc., and the first flight under the new incarnation took off in 2017 from Nagoya's Chubu Centrair International Airport. It has a fleet of three aircraft.