An underground room fitted with high-tech cameras and artificial turf may seem an unlikely setting to practice softball, but it could be a key to Japan's defense of the Olympic title it won 12 years ago.

Softball was introduced as a women-only Olympic sport before being dropped from the Olympic program after the 2008 Beijing Games, when Japan won its first gold medal, but will be played next summer at the postponed Tokyo Olympics after being added by the local organizing committee. 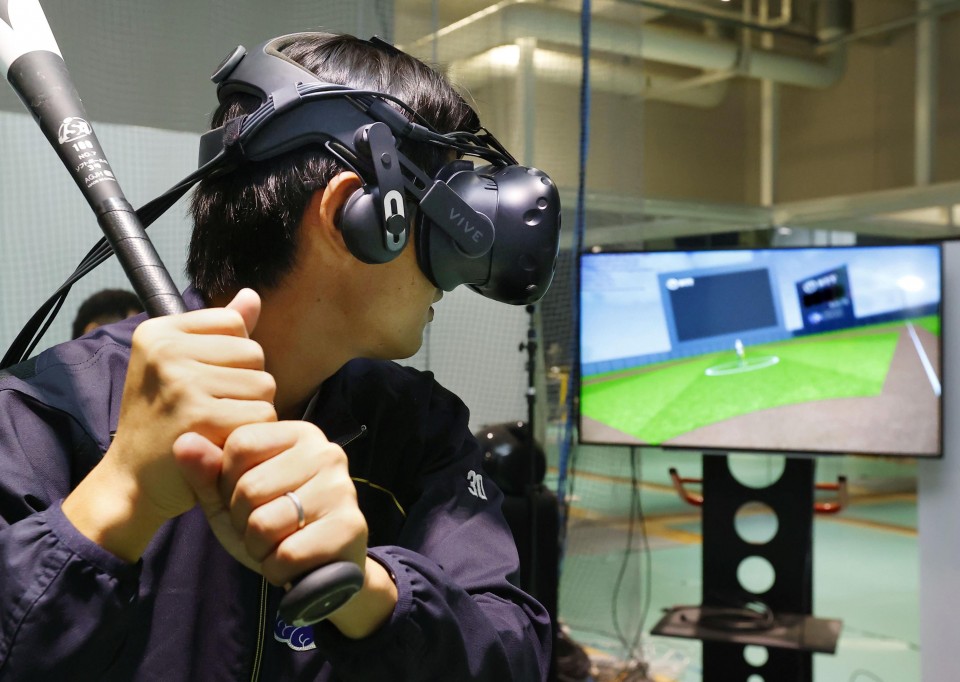 Since 2017, the Japan Softball Association has been working with the Kashino Diverse Brain Research Laboratory, affiliated with NTT Communication Science Laboratories, to prepare the national team for its date with Olympic destiny -- through virtual reality.

In June last year, national team players visited the lab in Atsugi, Kanagawa Prefecture, near Tokyo, to have their in-game movement digitized -- something that could prove valuable with the novel coronavirus having put international competition on hold.

"We're using the big space we used to use for other experiments," said researcher Masumi Yamaguchi, who, with colleague Dan Mikami, accompanied the softball squad for 50 of its 150 days of team activities last year, helping players utilize the data to improve their skills.

Among the different activities performed at the lab, virtual-reality batting practice attracted the most interest from the players.

Virtual reality goggles allow players to see balls being pitched at game speed, thanks to trajectory analysis of different pitches by specialists at the Japan Institute of Sports Sciences. 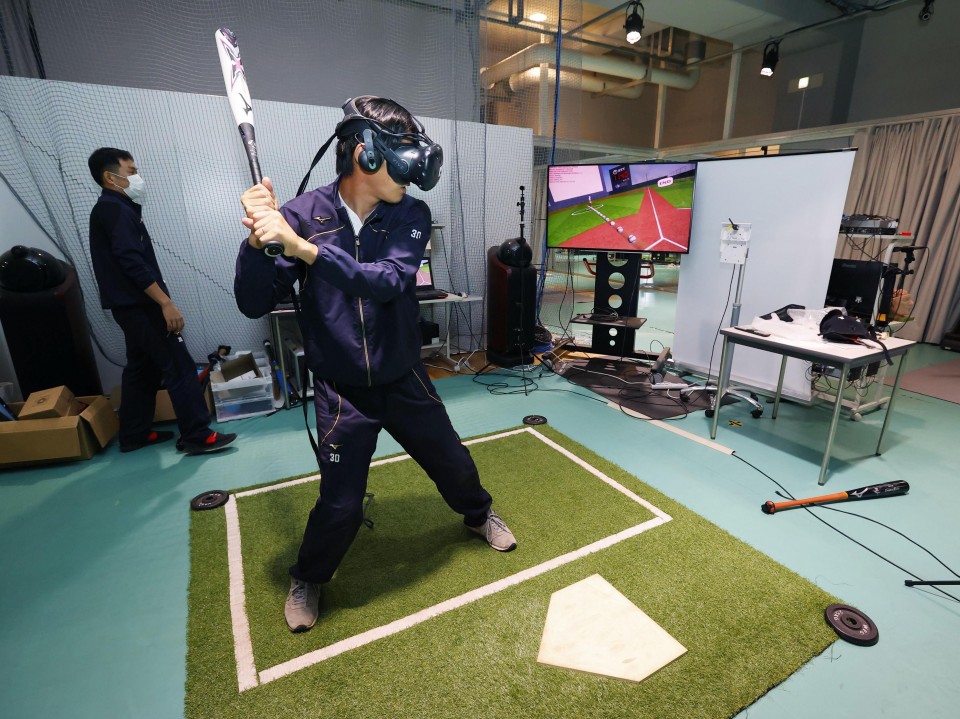 The JSA is considering providing each player with her own goggles to prepare to face pitchers from archrival the United States. The Americans won the first three Olympic gold medals before losing to Japan in the 2008 gold medal game.

"Up to now, we watched videos of opposing pitchers to build up an image of them in our heads," 36-year-old captain Eri Yamada said. "But with virtual reality, the sense of speed and movement you get is very close to the real thing."

On the pitching side of the equation, the lab's cameras can track the spin rates and rotational axes for each pitcher's different deliveries.

Mikami said handing players such data in conjunction with images of them pitching "helps them match what they are feeling with the actual attributes of the pitches they throw."

Japan ace Yukiko Ueno spent two hours watching the video of her pitches, with Yamaguchi providing objective data. They numerically proved the effectiveness of her subtle adjustments in where to place her trademark "shuto" pitch, potentially giving the 38-year-old a tactical edge when deciding her future pitching sequence.

Some team members were initially skeptical about the value of the research, but the players and the research staff have developed a bond while working together -- one that could provide a source of success in achieving the dream on their home soil. 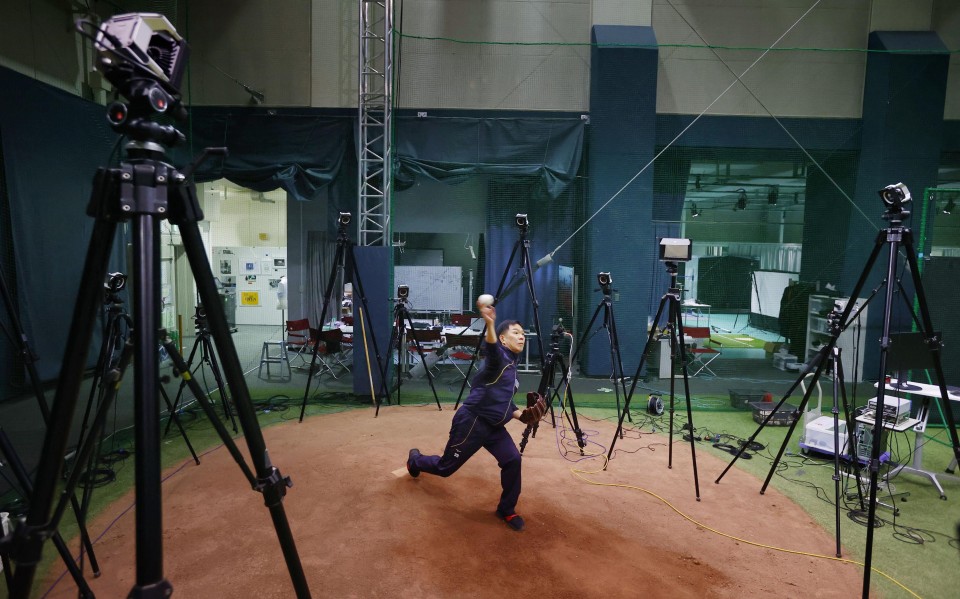 Researcher Dan Mikami throws a pitch at NTT Communication Science Laboratories in Atsugi, eastern Japan, on Oct. 7, 2020, surrounded by cameras that measure the different aspects of his pitches. (Kyodo)