A police dog that ran away during an operation to locate a missing woman on a western Japan mountain was found Tuesday after an extensive search. 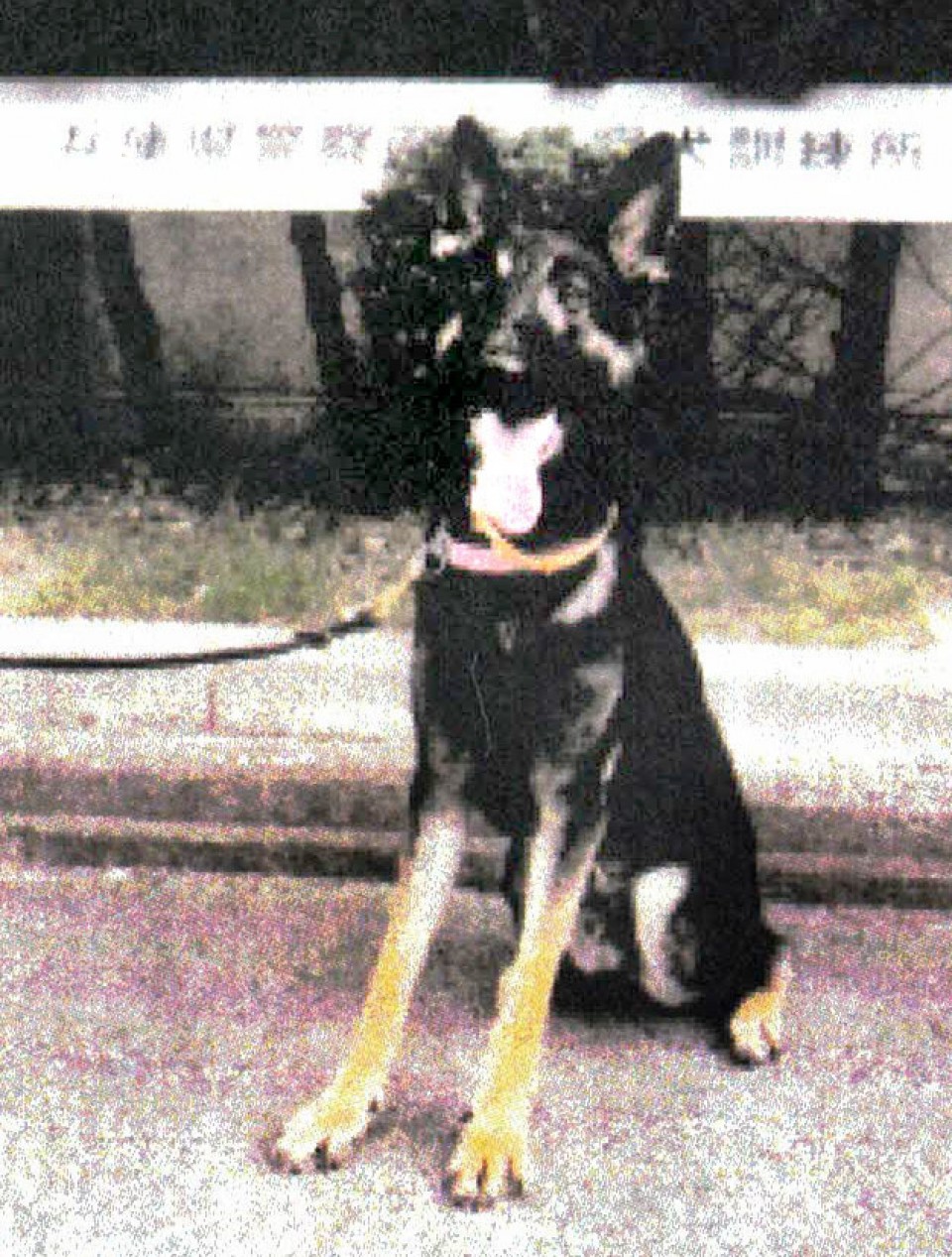 The 2-year-old German Shephard, nicknamed Kureba-go, was discovered at around 9:40 a.m. nearly two days after escaping on Mt. Nagusa in Fukusaki, Hyogo Prefecture, police said, adding he was uninjured and doing well.

A total of 41 police officers were dispatched Tuesday morning to search for the dog, who was found near the peak of the 683-meter mountain, about 100 meters southwest of where he disappeared.

The dog, about 120 centimeters long, was found with his leash twisted around a tree and officers attempted to calm him with pieces of bread and fish sausage. No one was injured and the reason why he ran away is not known, the police said.

The dog, whose official German name is Kureva vom Hundeschule, bolted around 1:30 p.m. Sunday as an officer lost hold of his leash. The Hyogo prefectural police warned residents about the missing dog and requested information.

He had been registered at the end of July last year as a police dog and was described as having a "gentle" personality. The dog had been on duty from January and previously found four missing people.

The police said they will deliberate on whether to continue working with the dog.

The search for the missing 54-year-old woman was prompted by a call from her family. Her body was found Sunday afternoon by another police dog and her death was not viewed as suspicious.

"Ponyo" the goat meets the public at her new home