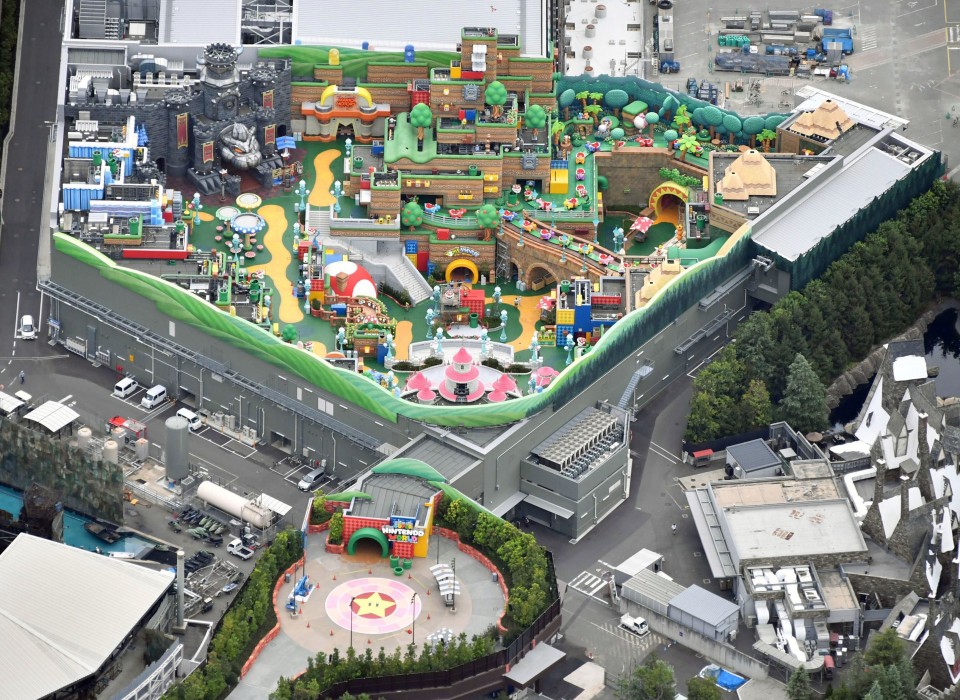 Photo taken from a Kyodo News helicopter on Oct. 7, 2020 shows Universal Studios Japan's "Super Nintendo World," which will open to the public from spring 2021. (Kyodo)

OSAKA - A Nintendo themed area at Universal Studios Japan in Osaka featuring its popular characters such as Mario will open to the public from spring 2021, the park's operator said Wednesday.

"Super Nintendo World," the world's first attraction based on the firm's games, was initially slated to open in tandem with the Tokyo Olympic and Paralympic games this summer, but was postponed to prevent the spread of the novel coronavirus, according to Comcast Corp.'s NBC Universal.

Guests will be able to visit buildings featured in the games such as Mario's enemy's Bowser's Castle, and experience an attraction based on the hit "Mario Kart," among others.

A Mario themed cafe and store will open on Oct. 16 within Universal Studios Japan prior to the area's grand opening. The cafe will serve food based on the games and the store will sell original merchandise.